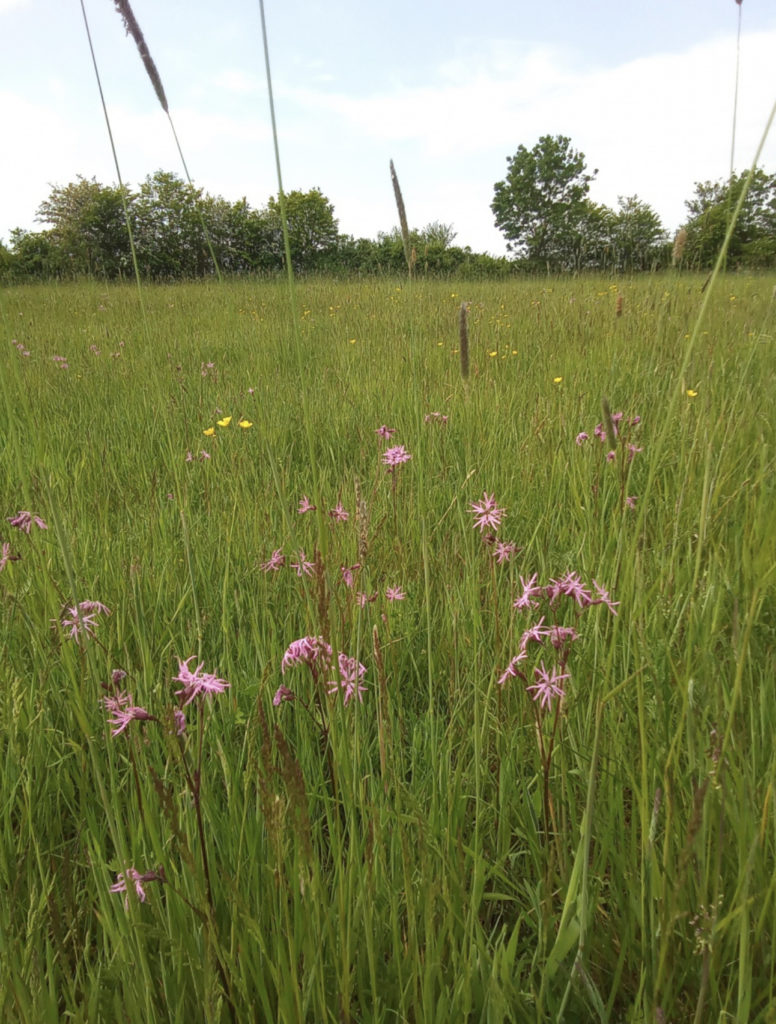 Thornwood common flood meadow is one of three water meadows within the North Weald Parish which were built primarily as flood alleviation schemes with the intention of encouraging biodiversity and promoting wildlife conservation. Local recreation was also a key intended feature of the meadows. The Thornwood Common flood meadow lies within the Thornwood catchment and was created in 1998 to protect Thornwood village from flooding after the village suffered damage in the late 1980’s from excess surface run off after a major weather event. At its full capacity the meadow can store an impressive 14,350 cubic metres of flood water, to be released slowly into local water courses over a longer period of time. 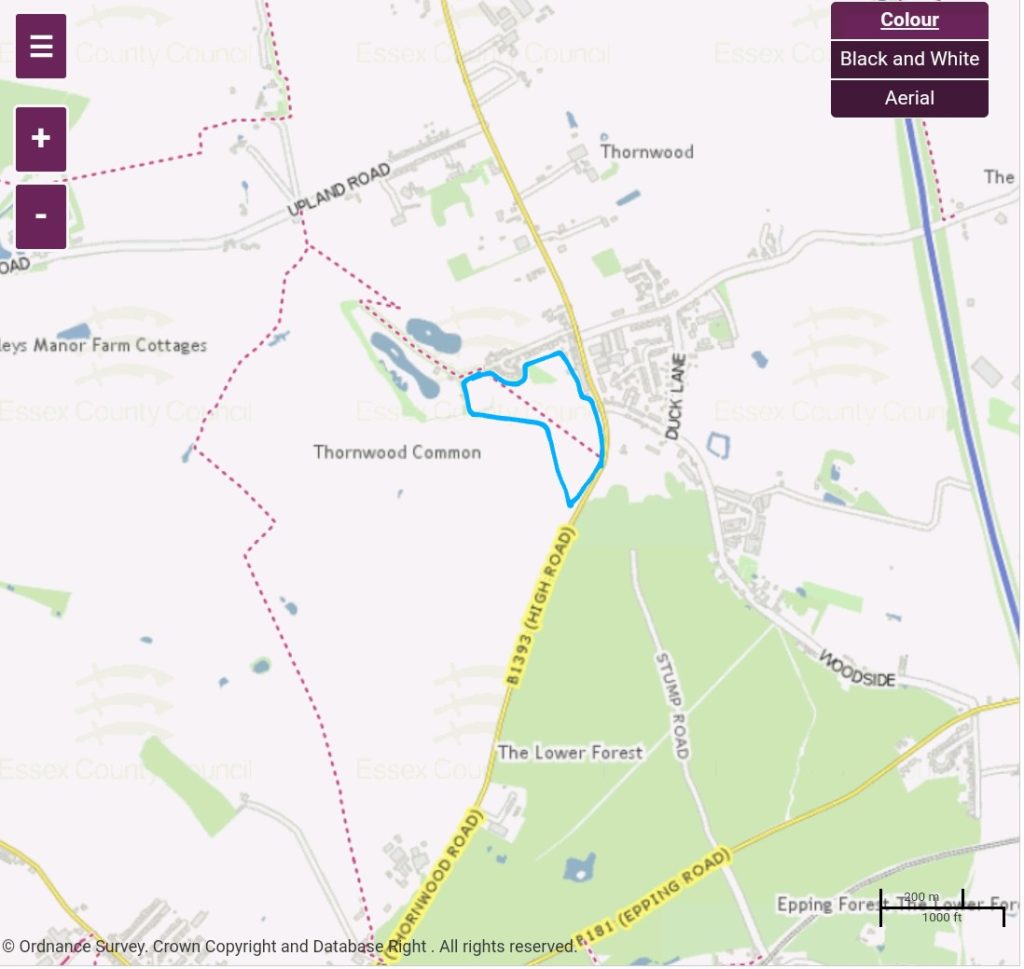 Historically part of the land was once the Teazle Mead World War 2 Air Force army camp which occupied land both sides of the High Road, the main part of the base was situated at what is now the Woodside Industrial Estate. There was a landing strip at the base and a number of buildings. Filming took place at the camp for the 1962 film The Password Is Courage, as well as the 1969 film Battle Of Britain in which some of the buildings can be seen in the background in aircraft take off scenes. Post war it was used by Air Cadets for training before the land was returned to local farmers for agricultural use. Some of the infrastructure still remains. There are a number of written memoirs from Air Force personnel who mention their time at Woodside. What was once part of the Teazle Mead army base at the end of Carpenters Arms Lane is now the private Teazle Mead estate at the entrance of the Thornwood Trout Fisheries.
More recently the land became used as pasture for grazing animals which was owned by Epping Piggeries. The Eastern part of the site was once arable farmland which belonged to the Copped Hall Estate. The far North Western part of the site has always been a meadow in some form so little work was needed there during the 1998 construction of the water meadow project. The South and West of the flood meadow is surrounded by arable farmland which stretches all the way to Epping.
With assistance from DEFRA under the Countryside Stewardship Scheme 800 trees and 200 metres of hedgerows were planted. A number of scrapes were also dug out during the creation of the meadow for water storage and two different mixes of wildflower seed were sown to reflect the species found in remaining water meadows in the district. The project was so successful that in just six years the site was designated a local nature reserve. The site benefits the community greatly as a recreational area and also has potential to be used for educational purposes.
Thornwood Common flood meadow became incredibly species rich in a relatively short time after its creation and year on year this has increased. In 1998 wildflower seed mixes were sown containing Cowslip, Lady’s Bedstraw, Meadow Buttercup, Self Heal, Plantain, Yarrow, Betony, Meadow Sweet, Yellow Flag, Ragged Robbin, Devils Bit Scabious, Achillia and Water Avens. Many of these species continue to flourish at the site. Late summer is the best time to see the meadows at their most colourful.
Thornwood Common flood meadow provides a number of very different habitats including wet and dry meadow and aquatic habitats. Like Weald Common flood meadow, few field studies have been conducted here into flora and fauna but it is reasonable to expect that as with similar sites there will be vast diversity in both. It is known that Jack Snipe can be found at the meadow in winter and it would be quite unusual for this to be the only winter visitor. The reserve also offers a varied range of habitats for resident birds to breed and provides ample food sources in the form of invertebrates. Kingfishers have also been observed at the flood meadow.
As you walk through the roadside meadow immediately off the High Road along public footpath number 76 leading towards the flood meadow, you get a taste of what lies ahead. This meadow has a real abundance of plant species much of which you would expect to find in older meadows and is heavily dominated by Knapweed and Willowherb, but it is once you go through the first hedgerow that the flood meadow reveals itself and does not disappoint. At first you are greeted with a yellow haze of tall Meadow Buttercup as far as you can see, but on closer inspection you begin to see one of the largest colonies of Ragged Robin in the district woven throughout quite densely in places. The understory of the meadow is jam packed with different wildflower species and is incredibly diverse for such a relatively limited area, in fact It may be difficult to overstate the ecological importance of this hidden corner of Thornwood Common for the sheer variety of plant species it supports. This meadow really is quite an incredible success story.
There is little question that the flood meadow at Thornwood Common provides an important habitat for a large amount of plant and animal life, much of which needs further studying to give a more detailed picture of its ecological value to the local area. Given the similarities in habitat to other smaller nature reserves in the district, it is highly likely that Thornwood Common flood meadow will have a great many more pleasant surprises to offer on closer examination. 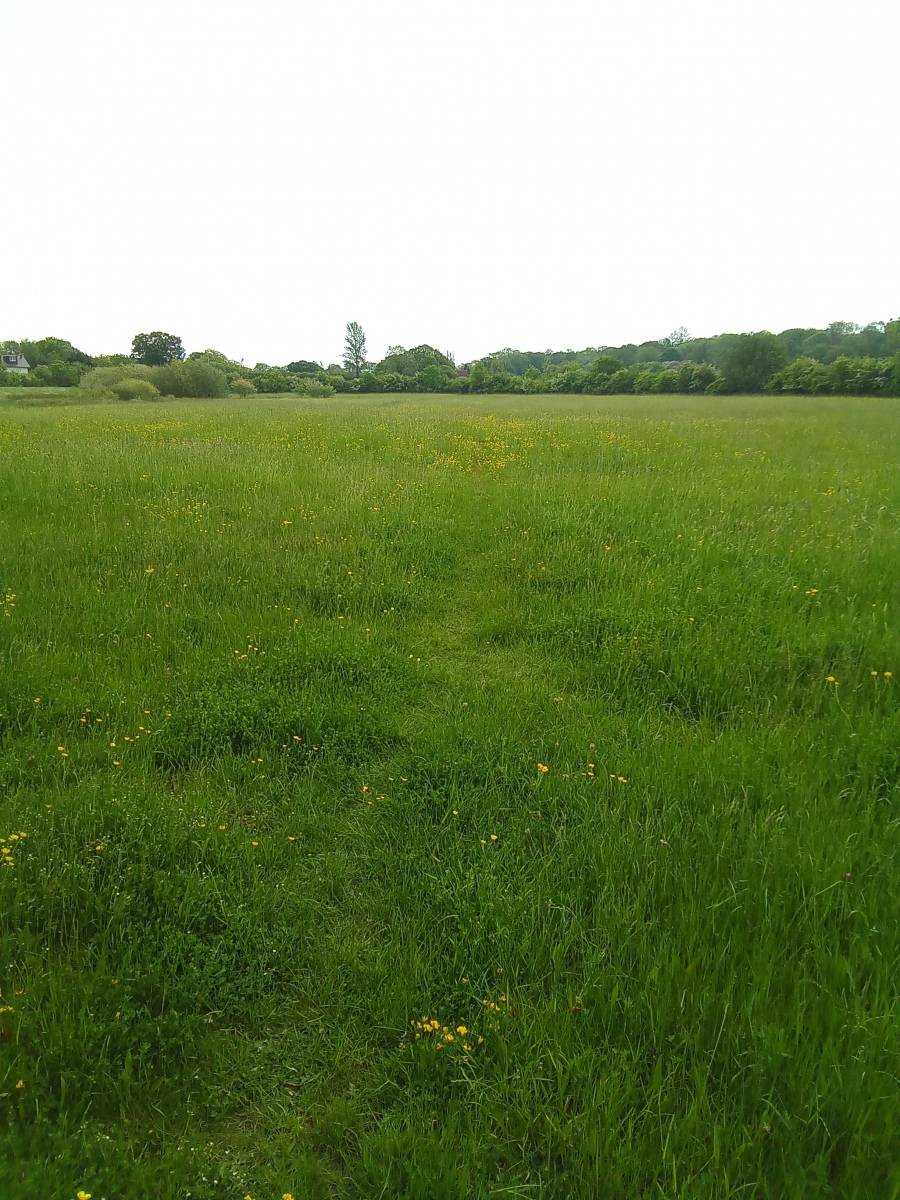 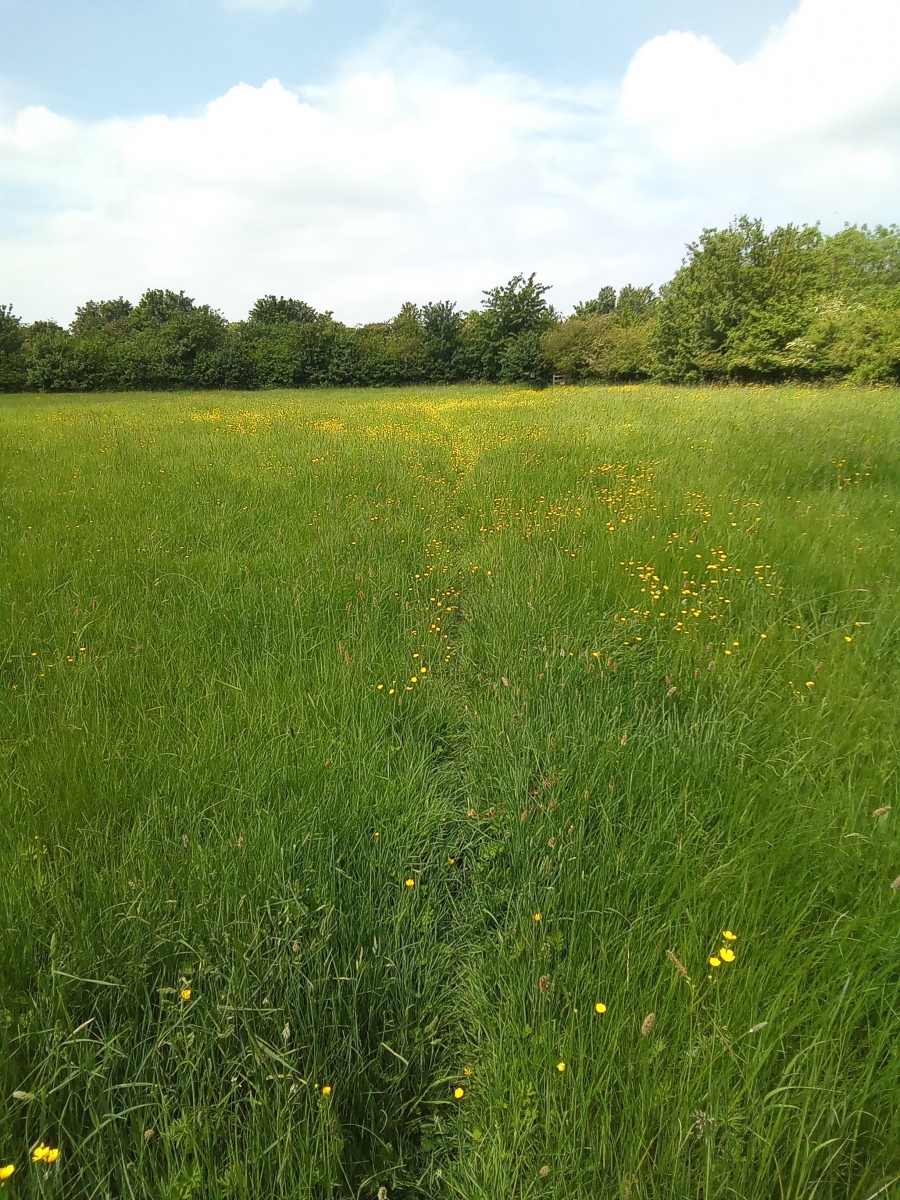 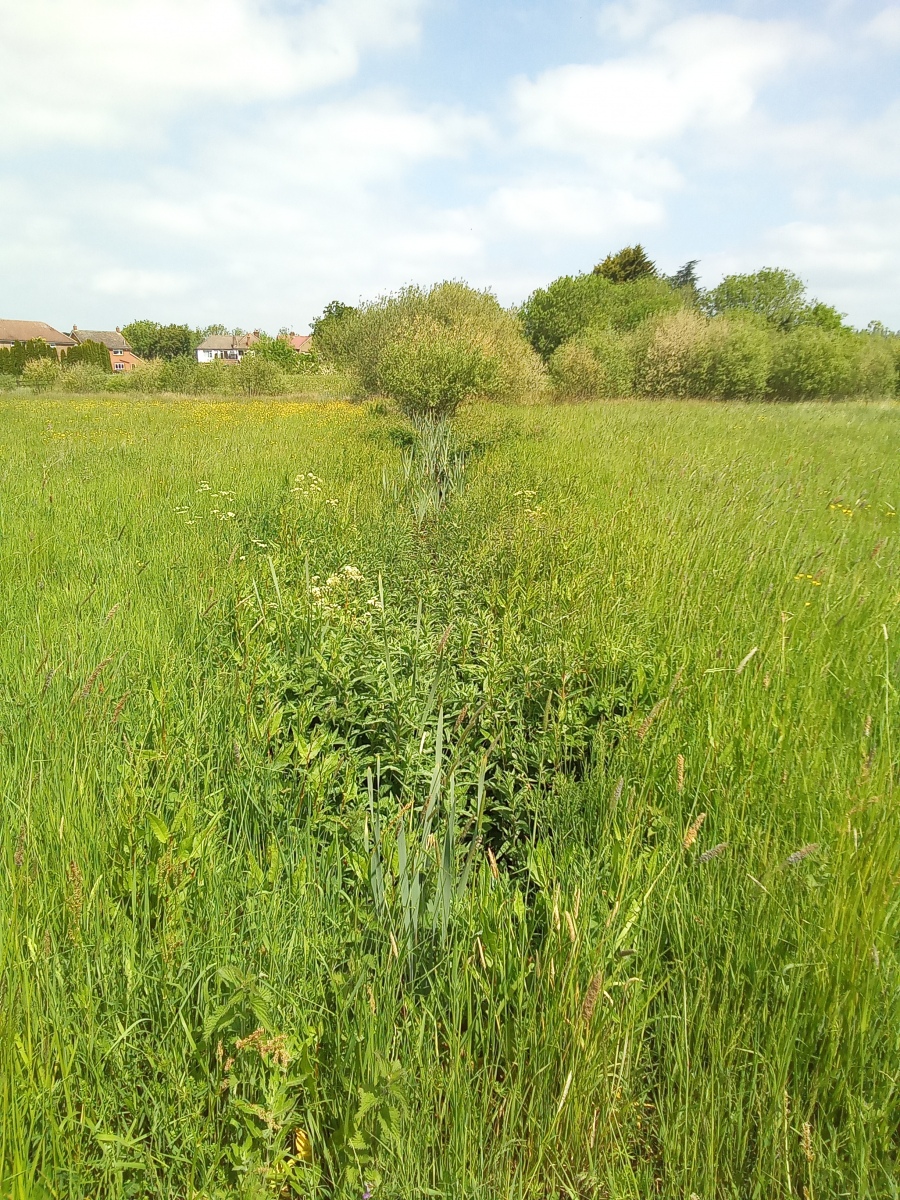 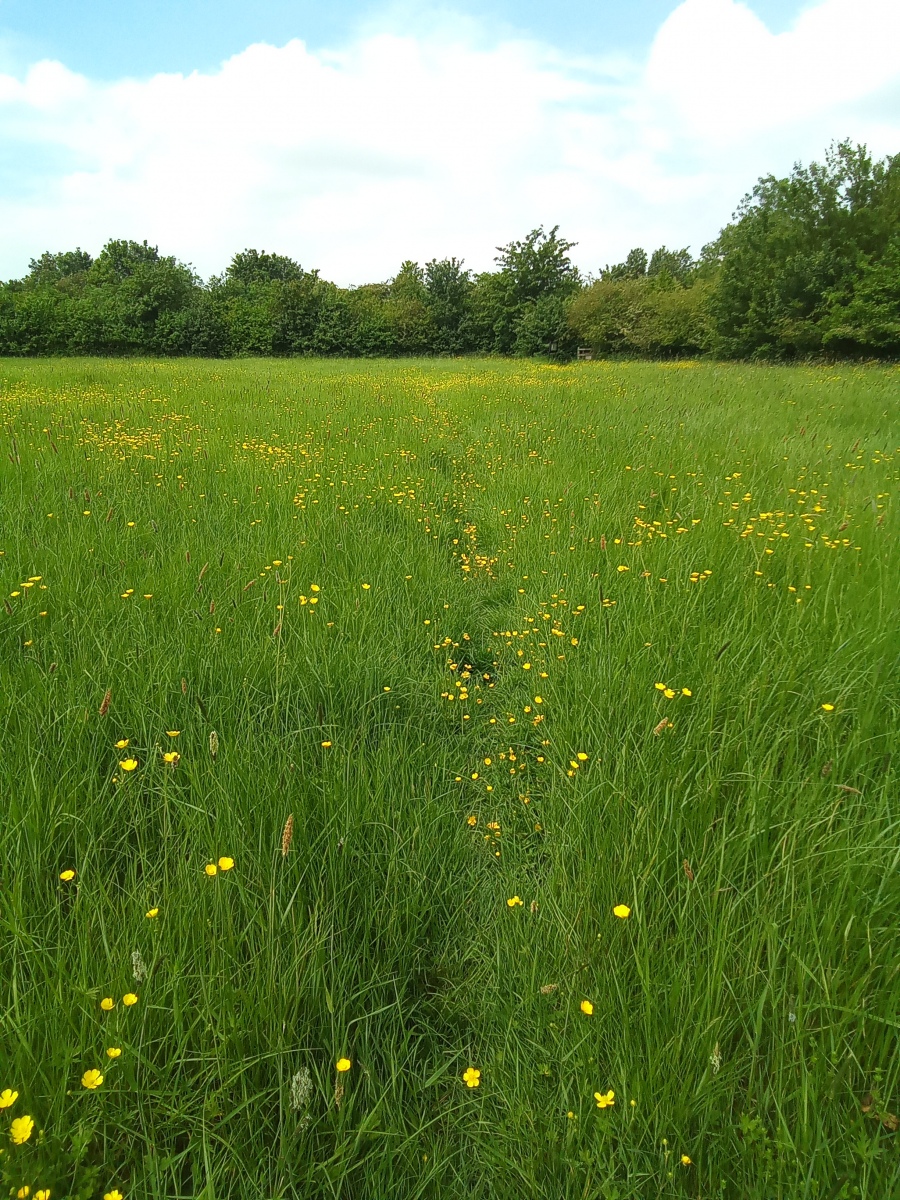 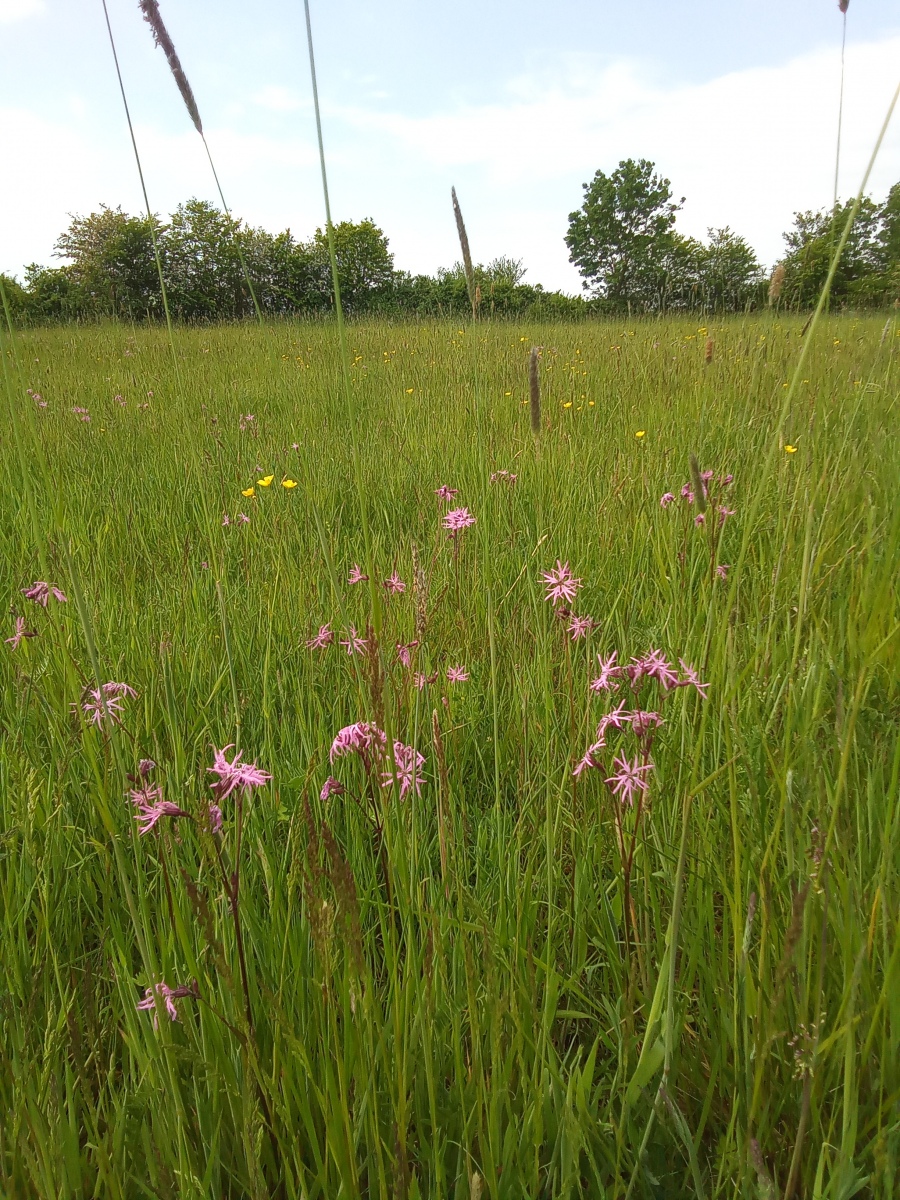 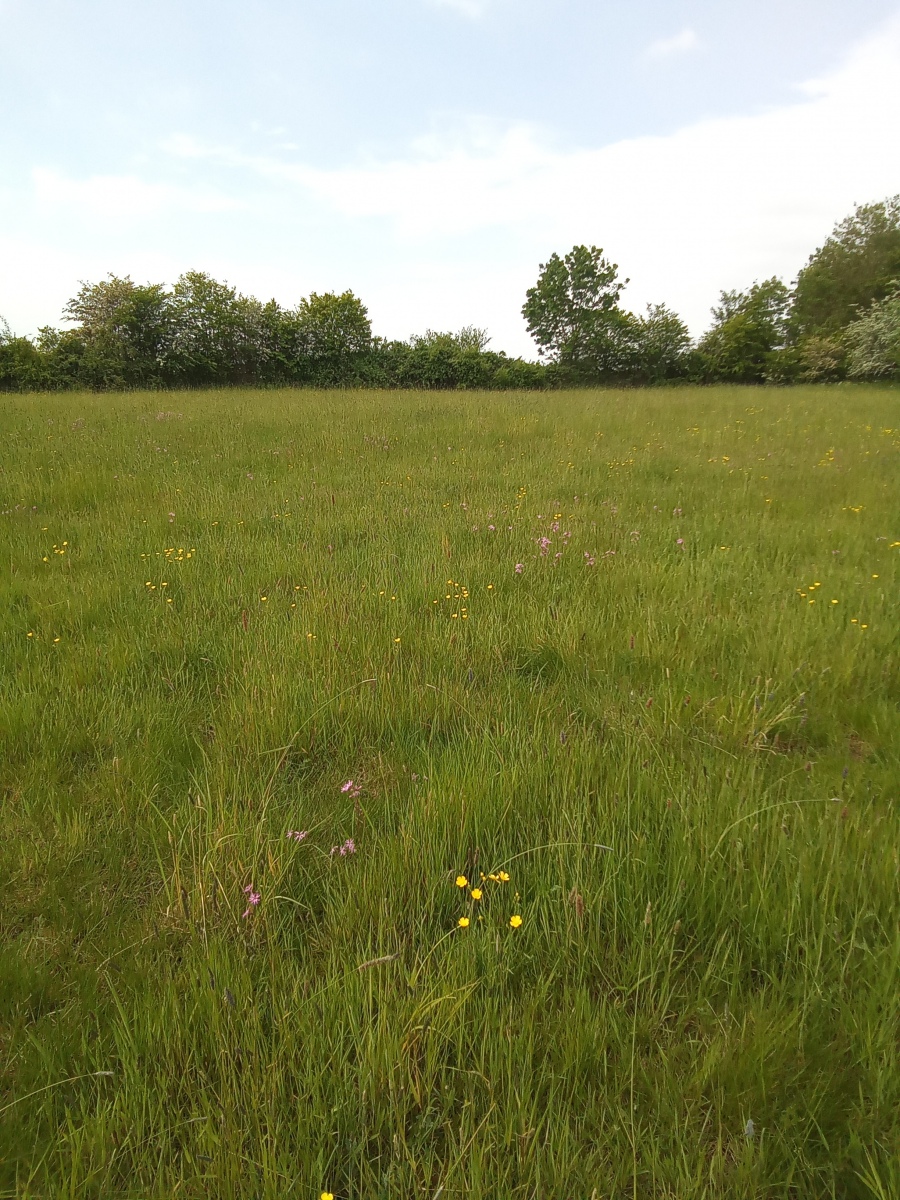 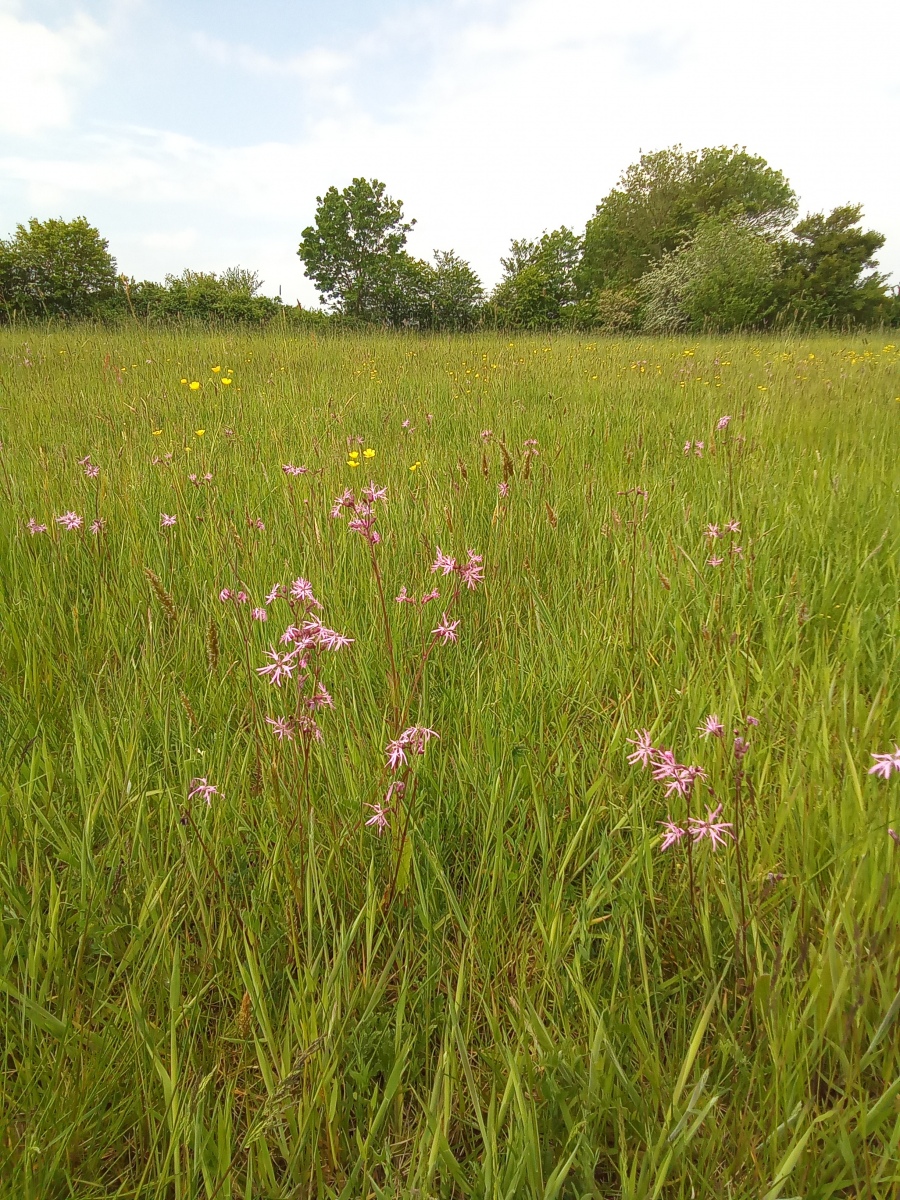 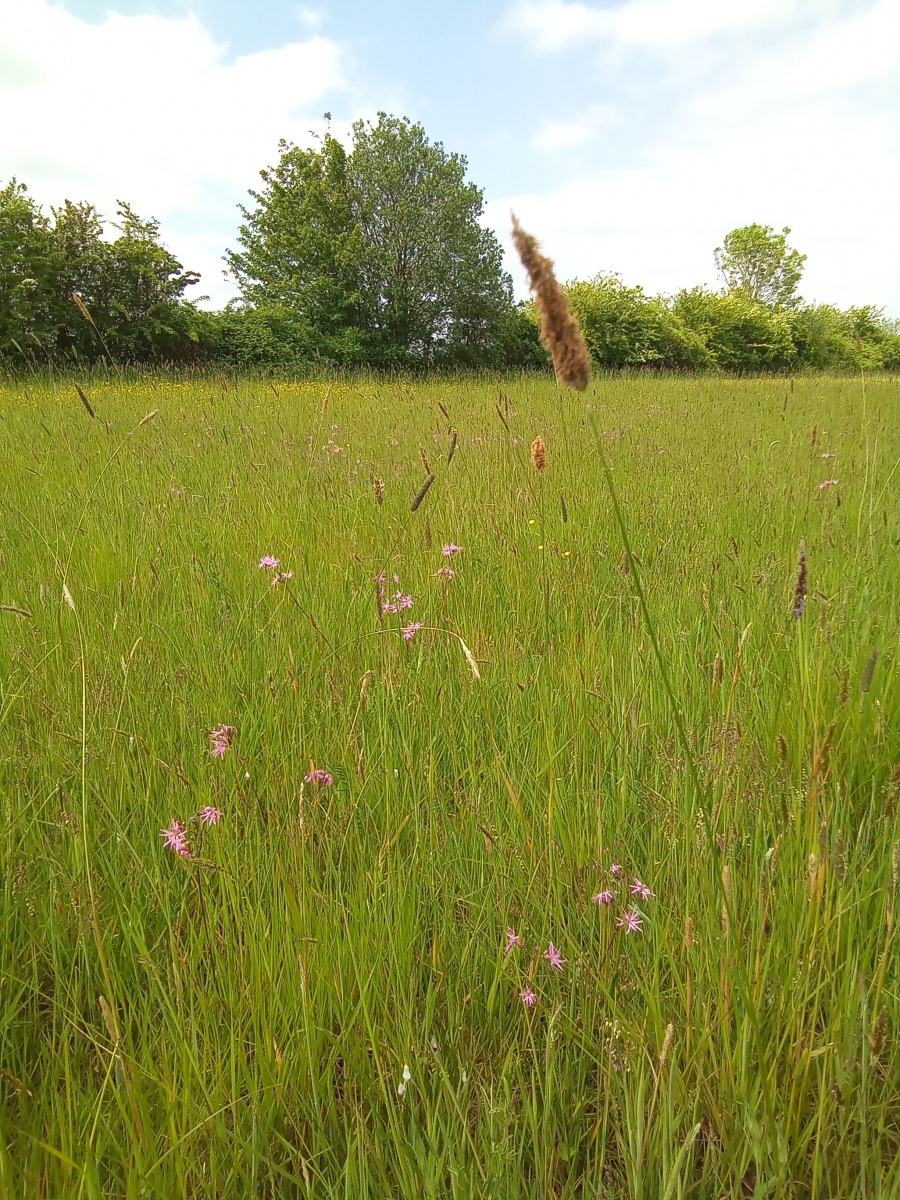 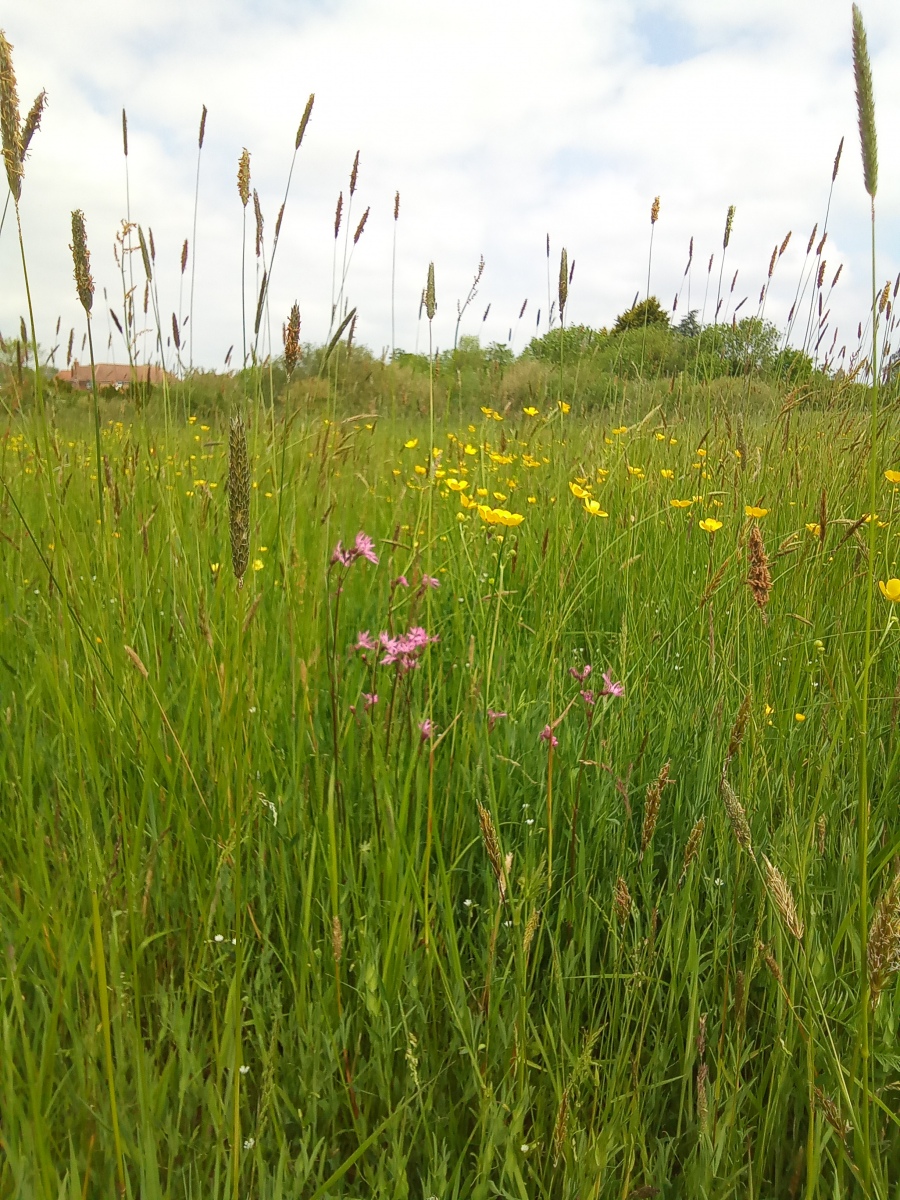 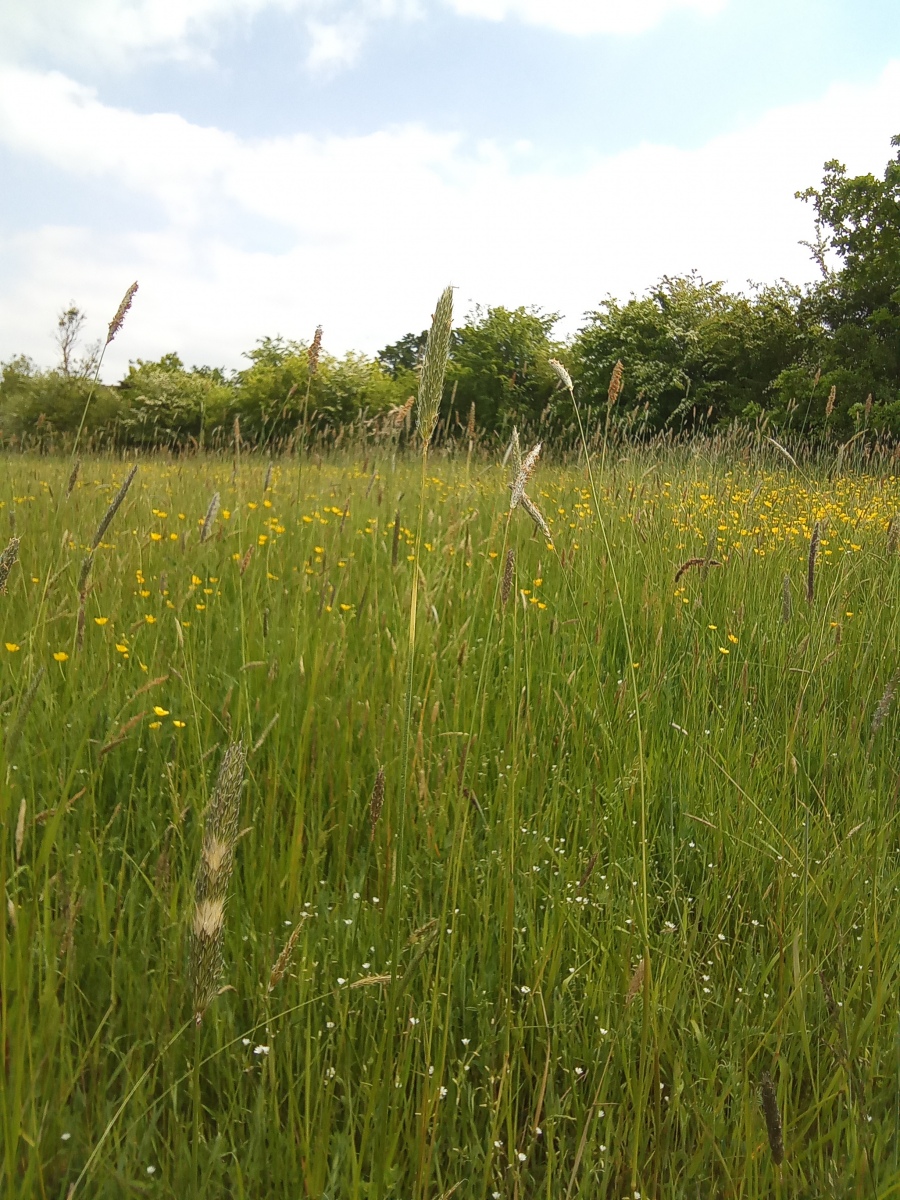 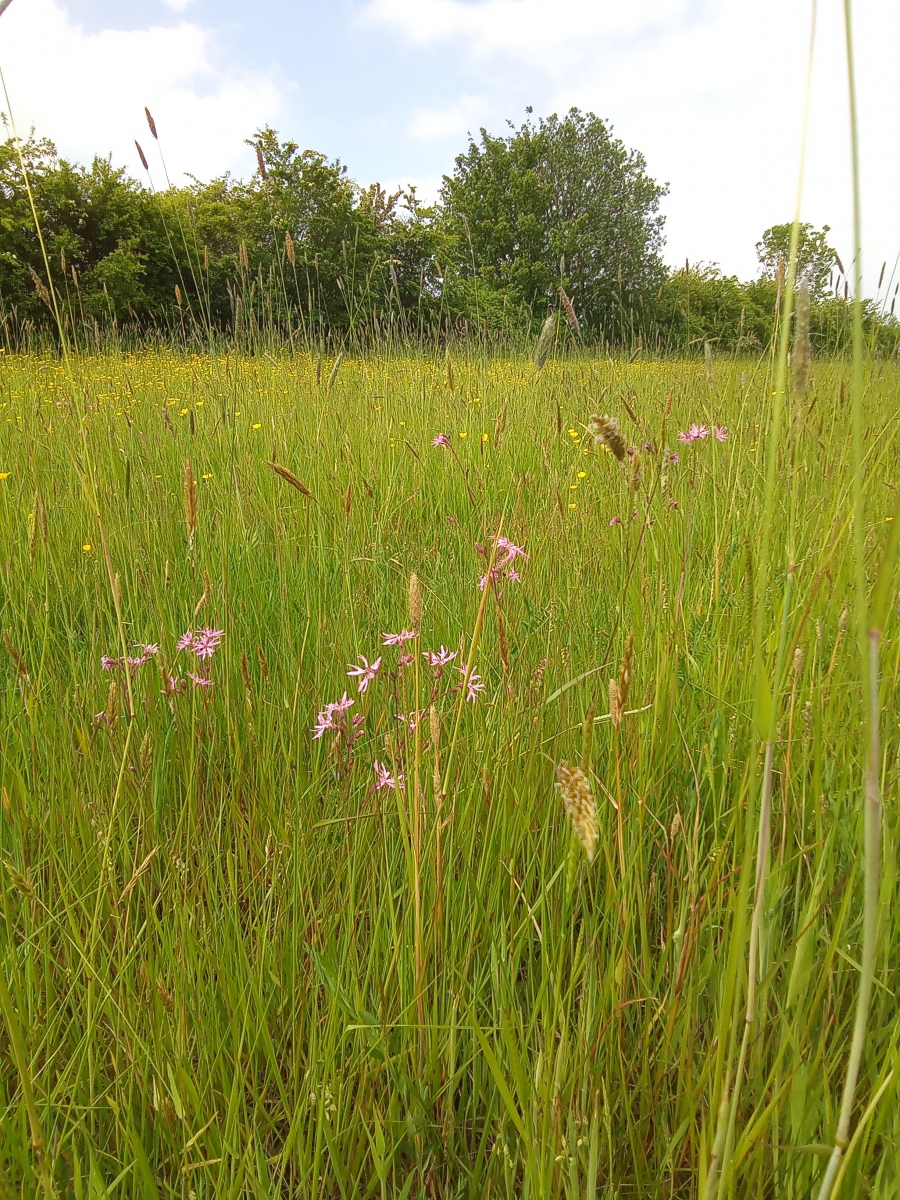 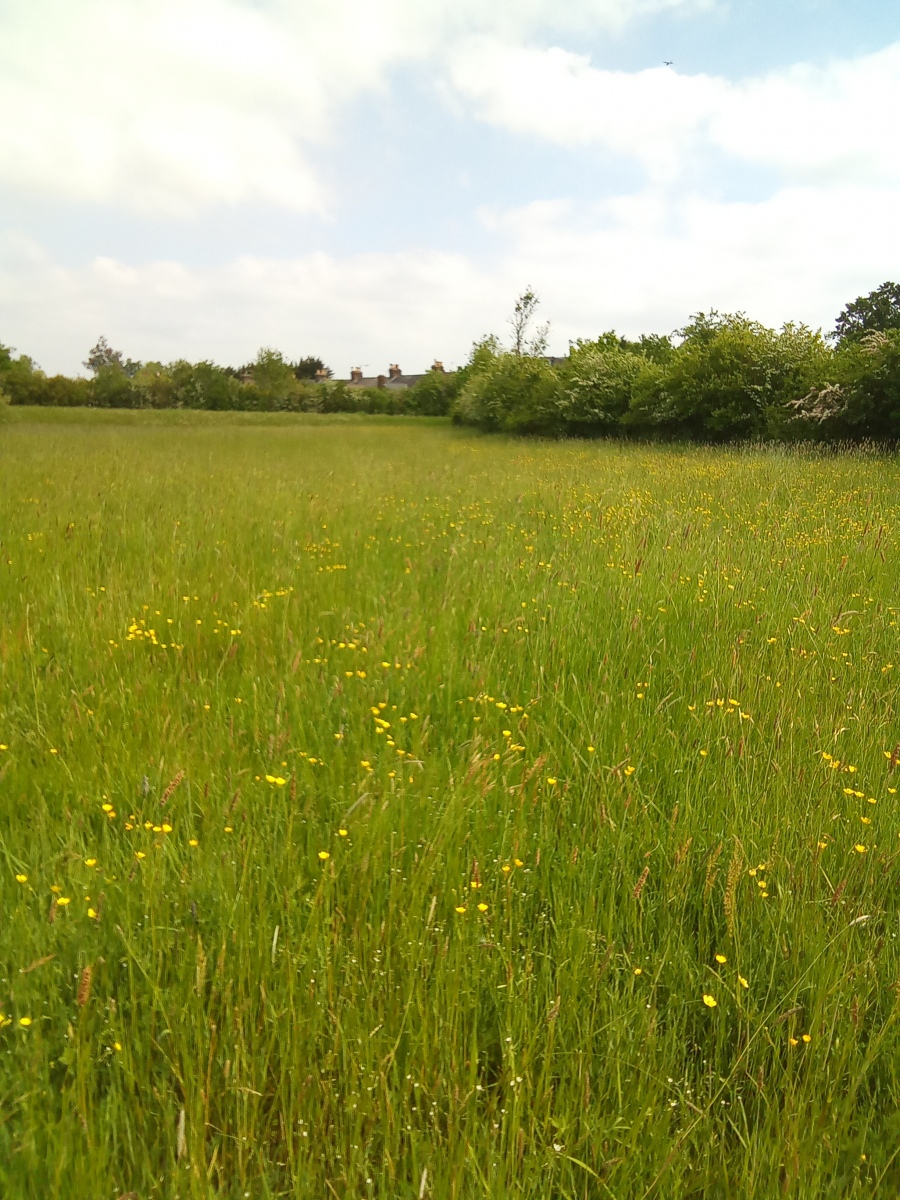 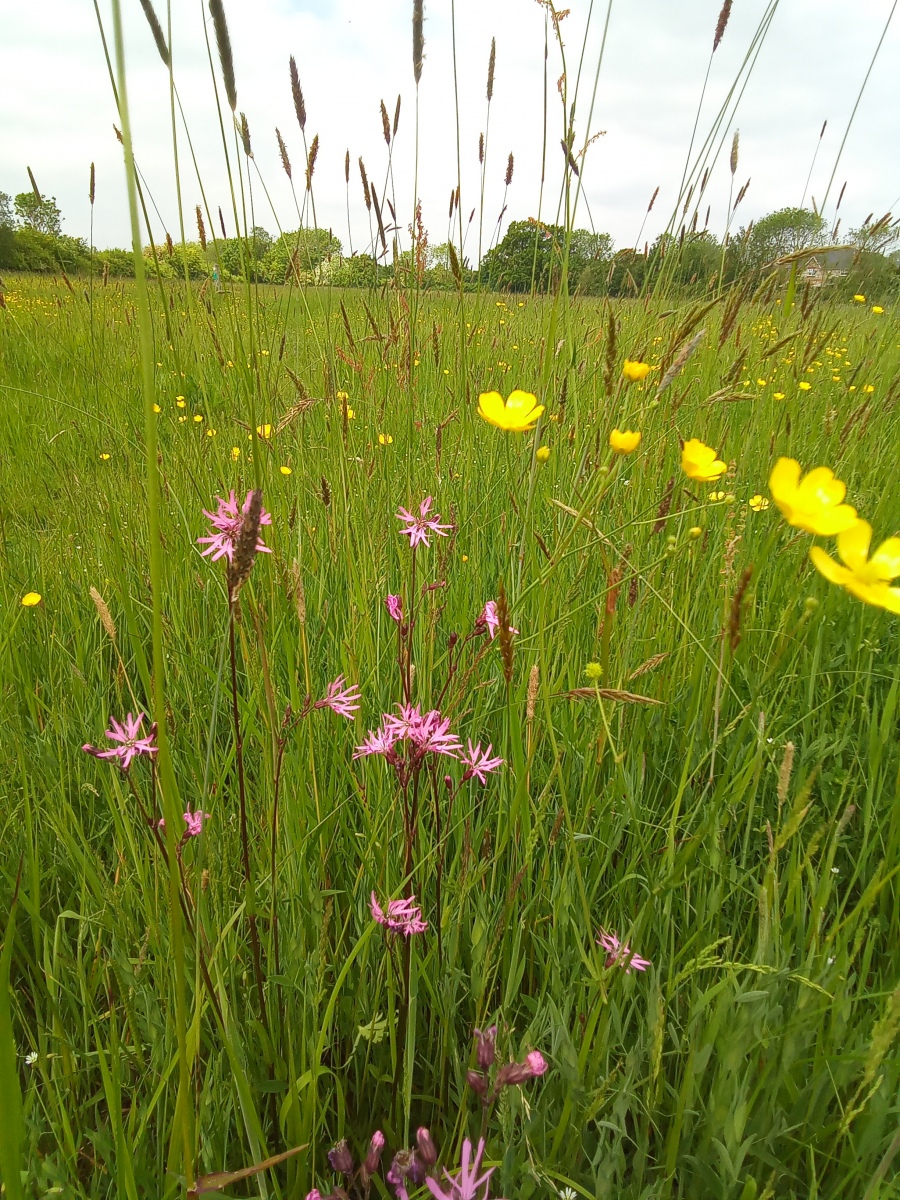 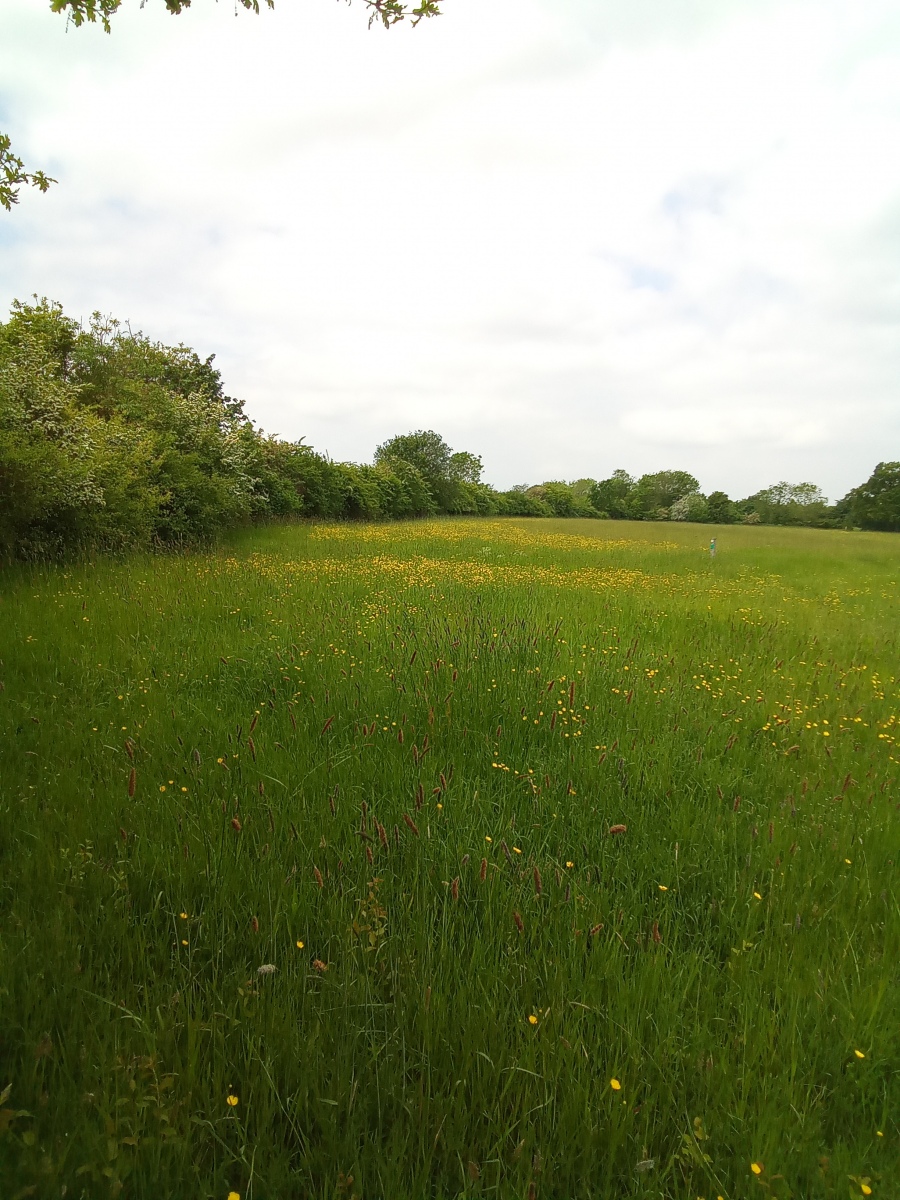 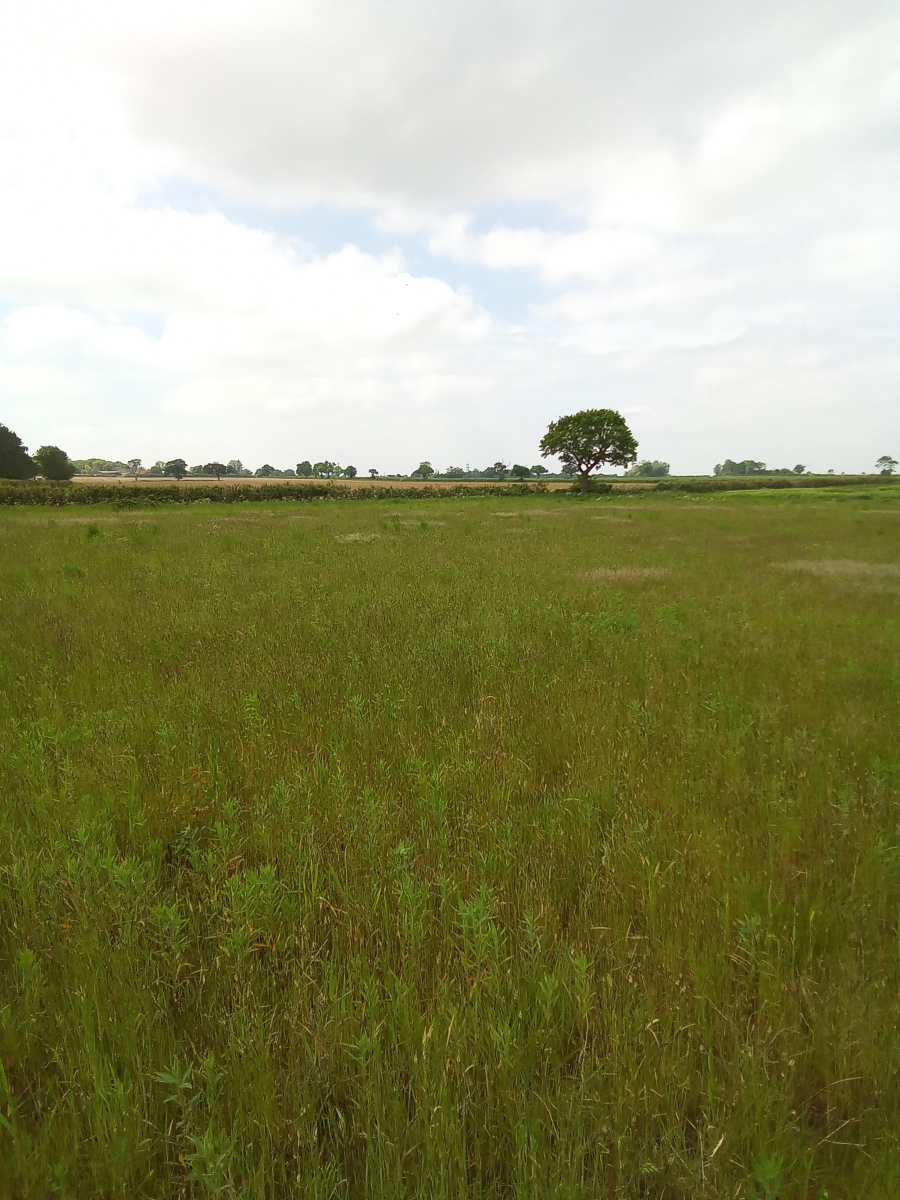 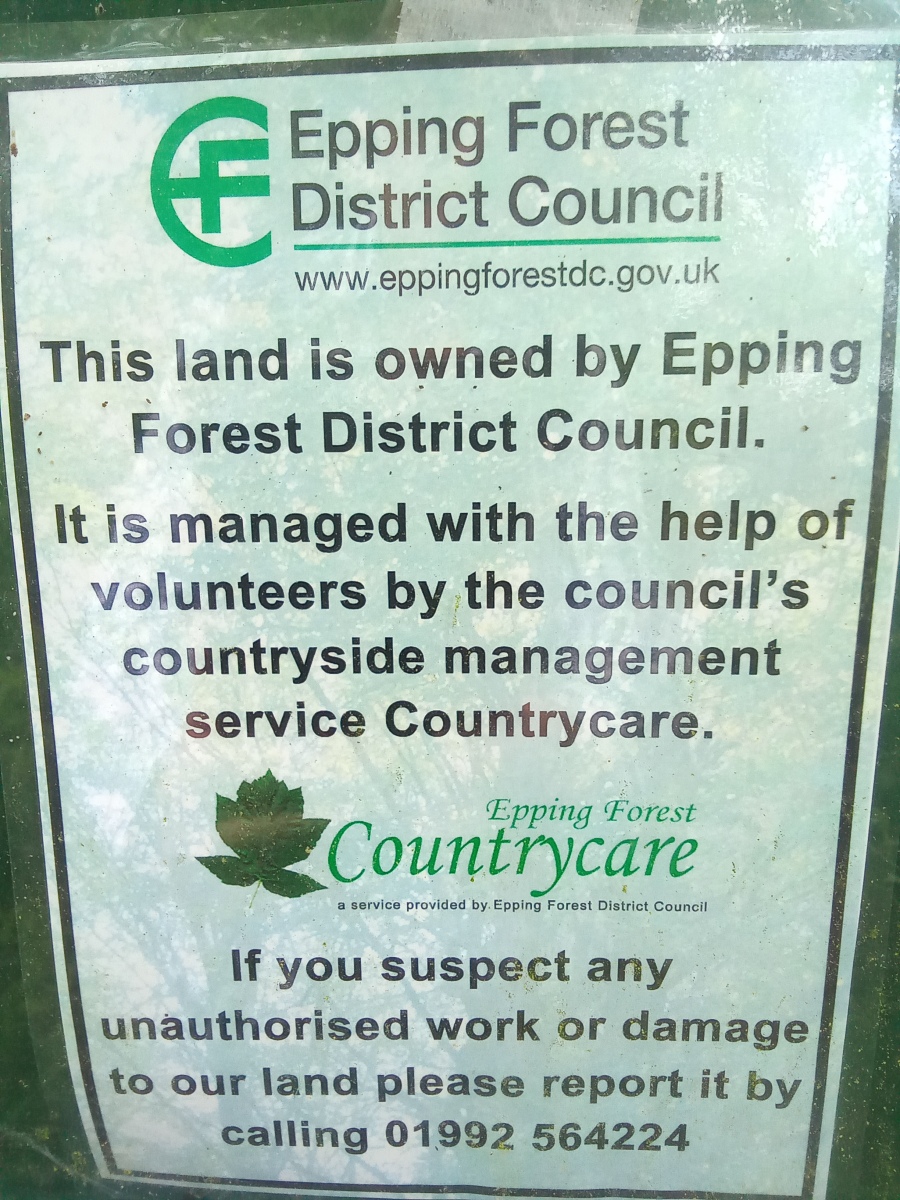 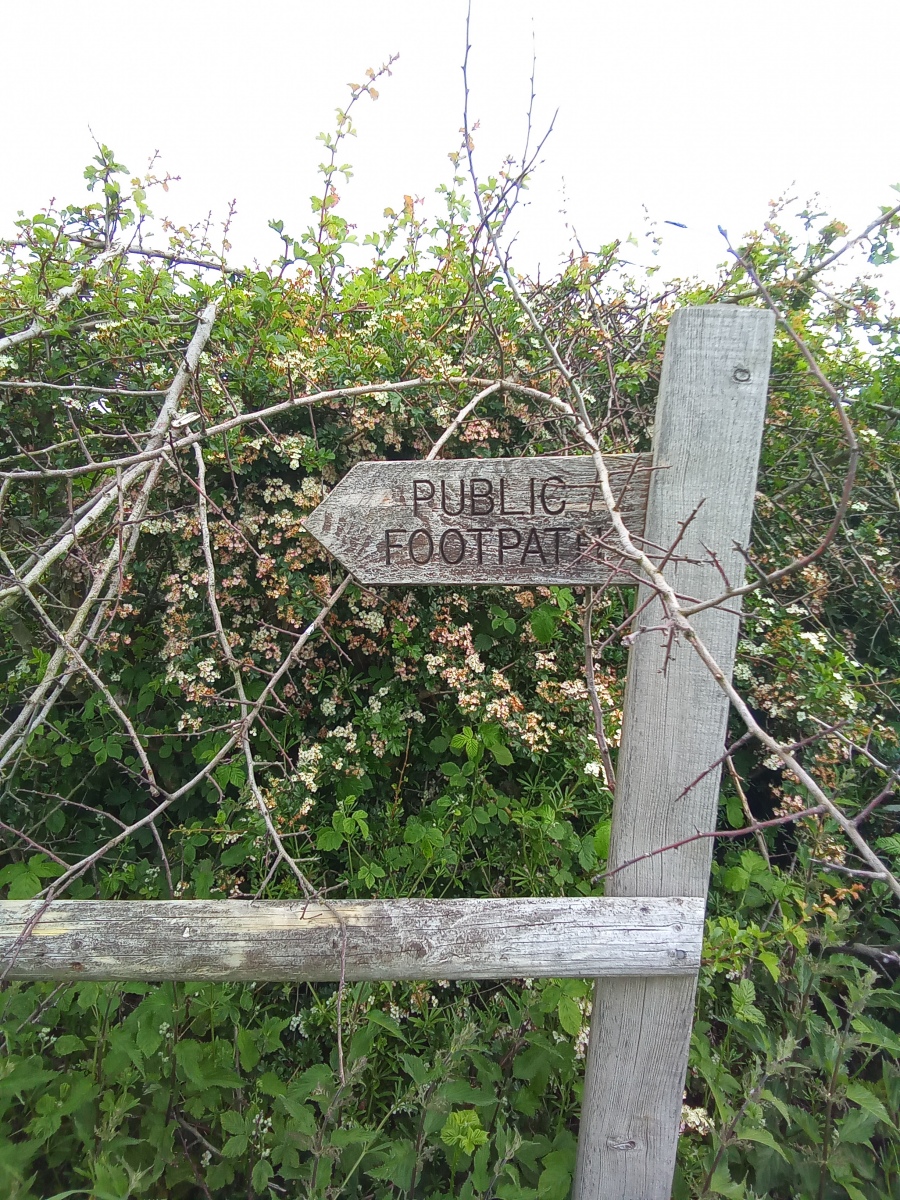 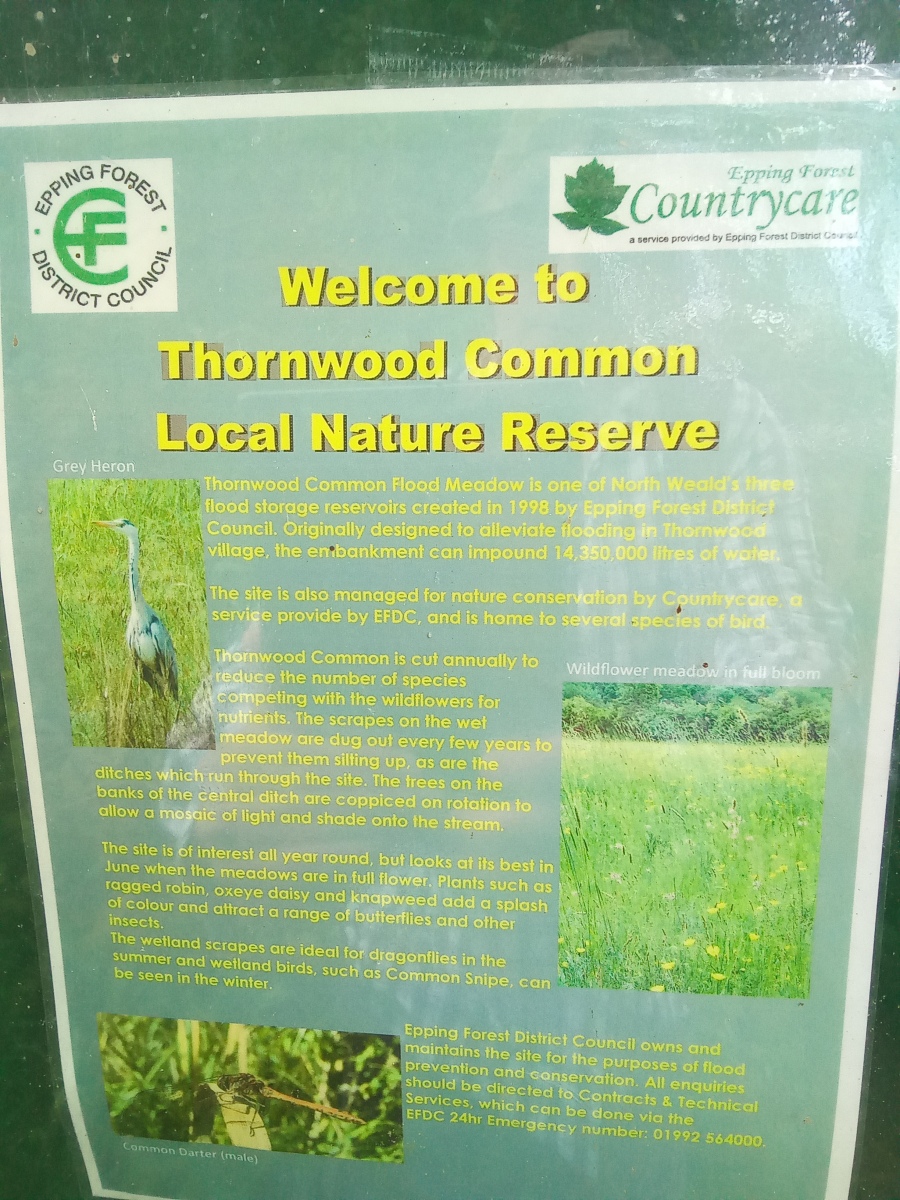 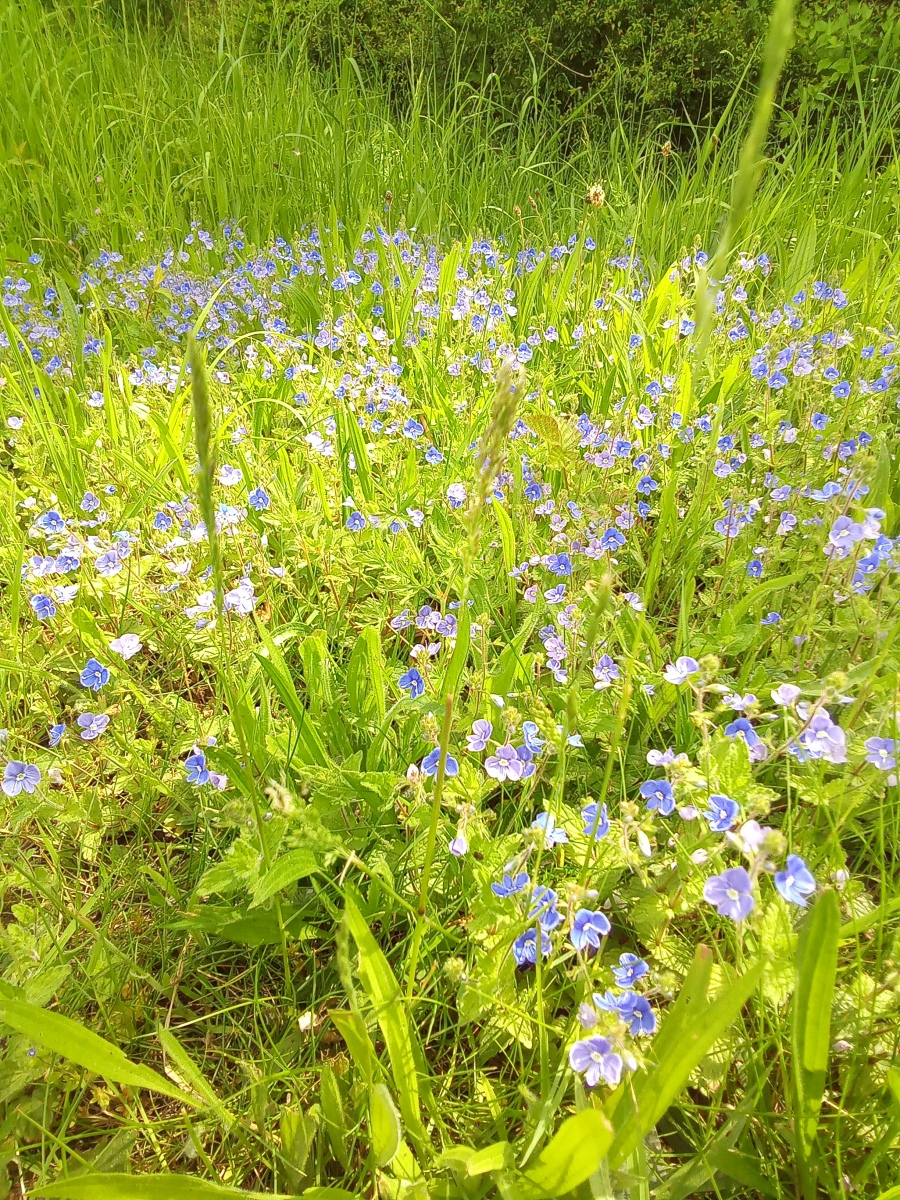 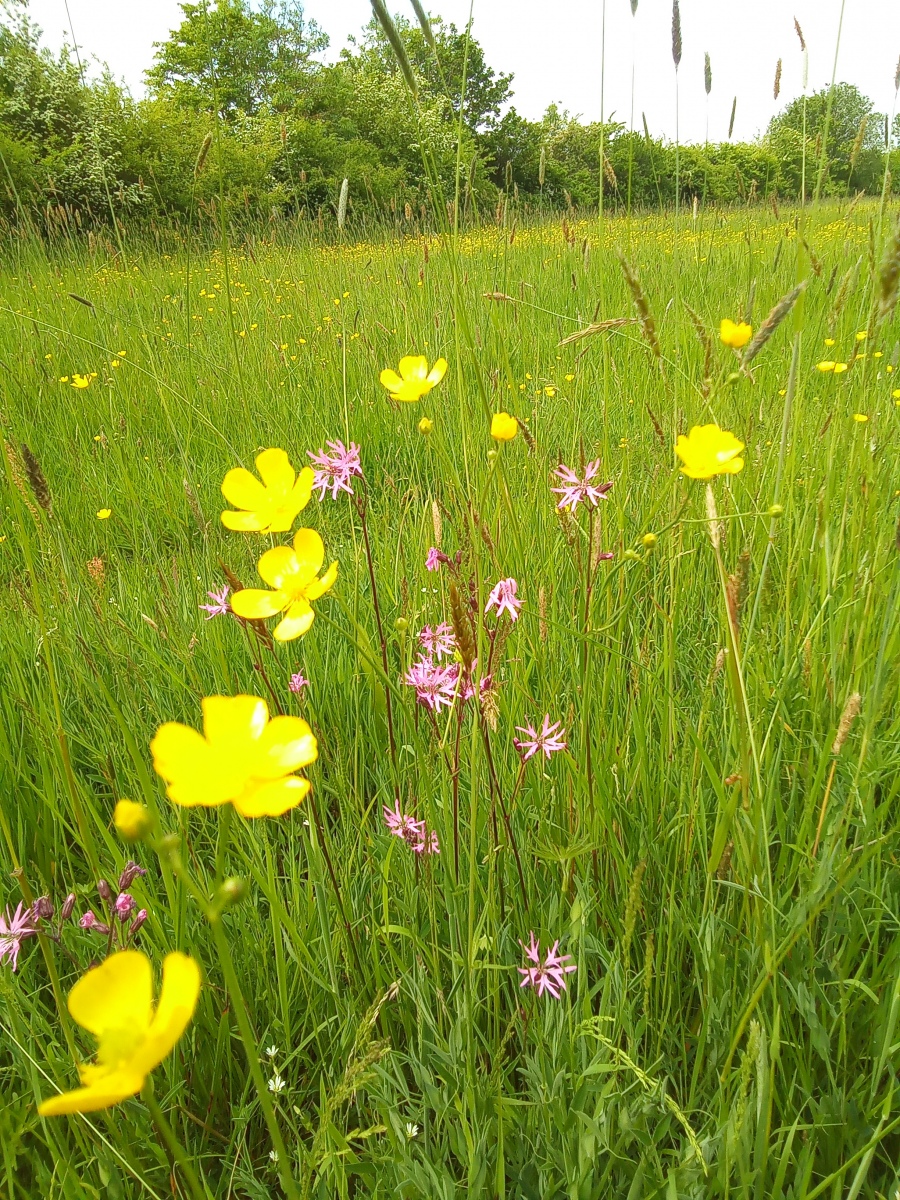 Access to the site is on foot via public footpath number 76 which is through a gate in the hedge on the High Road around 190 yards South of the junction with Woodside. Parking in the village can be found along Duck Lane just off Woodside and should be done with consideration for local residents in mind. It is possible to park at Epping and then walk along the High Road past Wintry Wood to reach the public footpath leading to the flood meadow on foot for a longer walk. The Thornwood Common flood meadow is situated on the edge of a network of public rights of way which head West beyond the meadow and give splendid views across the Uplands, making this an easy nature reserve to fit into a longer day out walking in the Epping countryside. 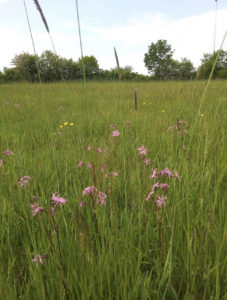