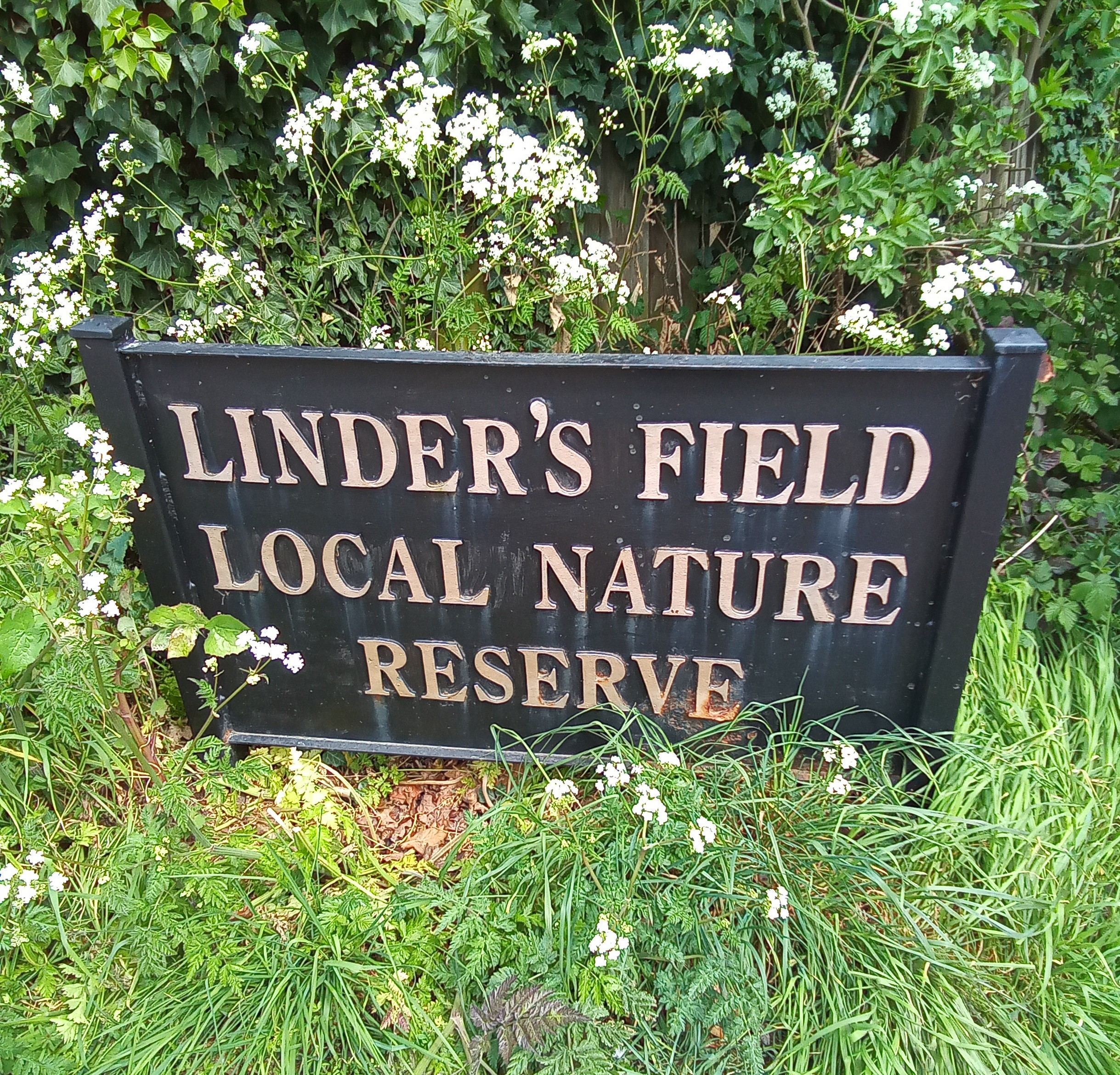 Linder’s Field nature reserve in Buckhurst Hill is a surviving remnant of an ancient wood called Pluckett’s Wood. This was part of the great forest of Essex. Records from the 1860’s show that Linder’s Field was woodland and pasture and had probably been used for livestock grazing in some form for much of the previous 200 years. Certainly some of the veteran trees here can be dated back around 400 years and plants can be found in the meadows associated with ancient grasslands habitat. 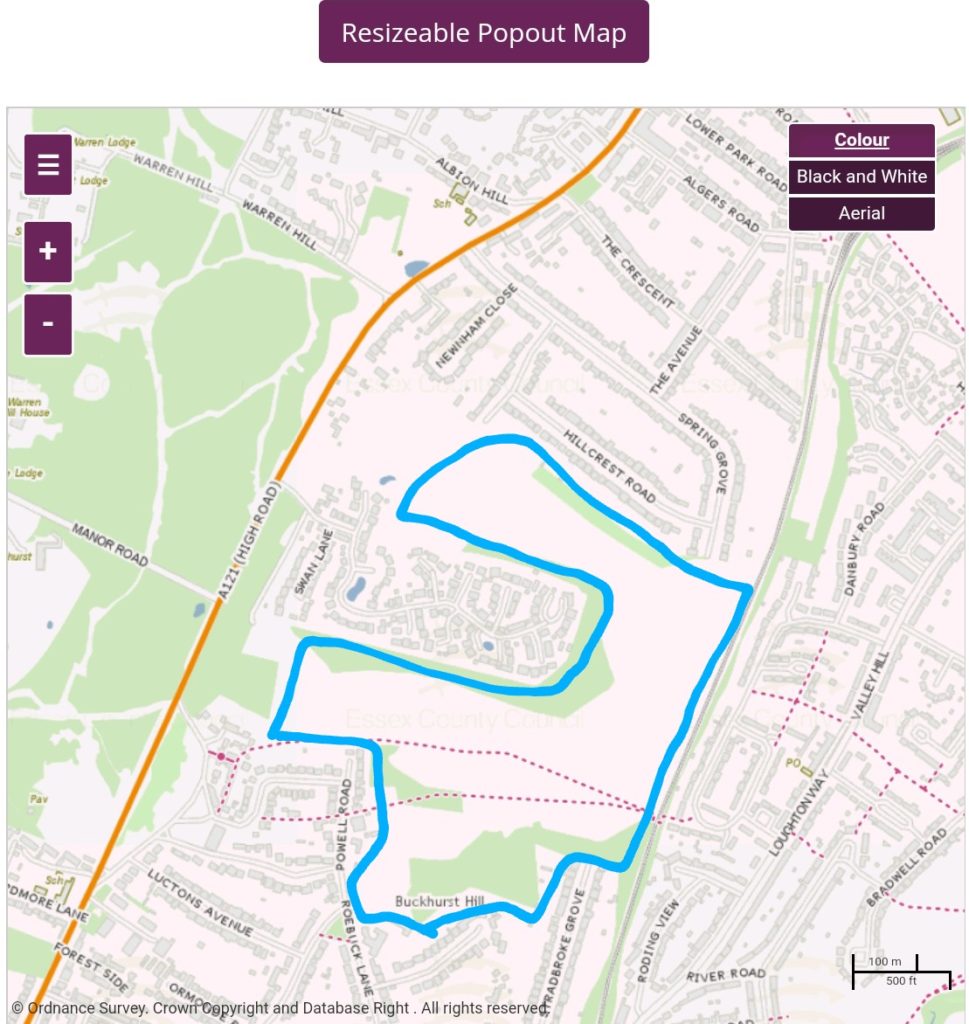 The land is now named after the Linder family who acquired the site around 1914. Samuel Linder was a self made man who moved his family to Buckhurst Hill when the railway line was extended. He had found much success in supplying large shipping companies with ropes, cranes and masts. Linder’s Field was once a part of the gardens of the Linder family home, ‘St Just’.
Samuel’s son Charles Linder loaned the land to Chigwell Council in 1956 (who at the time were the local authority) for a period of 35 years. This later became part of Epping Forest District Council. In 1963 Charles’s son Leslie Linder gifted the site permanently. It is now managed by Epping Forest Countrycare on behalf of the Council and is a designated nature reserve.
Leslie Linder was an avid enthusiast and collector of Beatrix Potter drawings, and was particularly well known for decoding Potter’s Secret Diary. He bequeathed his collections of drawings to the Victoria and Albert Museum. Further details of the collections of Potter’s drawings held at the Victoria and Albert Museum can be found at the link below.
https://www.vam.ac.uk/collections/beatrix-potter
The nature reserve has ancient woodland and hedgerows which act as important wildlife corridors. In the woodland, indicators of its ancient past can be found in the plant species present such as Wood Anemone, Dogs Mercury, Bluebells and St John’s Wort. Such plants cannot very easily transfer from one woodland to another and can be considered to be quite reliable indicators of the age of a wooded area. Another indicator that Linder’s Field was part of an ancient woodland are its Wild Service trees. Recently a Large Leaved Lime tree was discovered growing in the wooded area, a species which is one of the rarest native trees in the UK.
Situated on East facing slopes with distant rolling views over the Roding Valley from the high points in the meadows, the reserve offers a range of important habitats. As well as ancient woodland habitat, ponds have been created to encourage a wider diversity in wildlife and it is often possible in summer to catch the iridescent blue flash of a visiting Kingfisher darting across the pond. These wildlife ponds have also given amphibians an opportunity to colonise a location that at one time would have been much less favourable for them.
There are pathways through the wooded area and also leading into the meadows which make a very pleasant walk at any time of year. The nature reserve has a very peaceful air about it with the only real noticeable human intervention being the Central Line which runs along the bottom of the fields. It is relatively easy to forgive this intrusion while exploring the meadows and enjoying the otherwise  tranquil environment. Linder’s Field feels very much like the sort of place you would find yourself visiting all the time if you lived nearer. It is very popular with local people and dog walkers.
In the centre of the nature reserve are several large species rich wild flower meadows. These have declined massively since the 1930’s. The fields here are sensitively managed and are subject to ongoing projects designed to increase the richness of species and biodiversity of the wildflower meadows. In 2012 Linder’s Field received a Living Landscape Award in partnership with Essex Wildlife Trust. The meadows provide an important habitat for invertebrates and are a regular foraging ground for Pipistrelle bats. One noteworthy plant found growing in the meadows is Sneezewort known to be a good indicator of very old unimproved grasslands, but in recent years this has not been seen. A survey in the late 1990’s recorded at least 120 different species of flora and fauna at the nature reserve. This list is increasing rapidly. The meadows are now managed using a cut and lift method which it is hoped will increase biodiversity.
Linder’s Field is briefly mentioned in the beautifully illustrated book ‘Unto The Fields’ by Walthamstow born Naturalist and Author D.W. Gillingham, who lived in Loughton from 1934 until his death in 1965. He spent many hours exploring the woods and meadows along the Roding Valley between Chigwell Lane and Buckhurst Hill. His journal was published in 1953. The book is packed with personal musings and observations of the local wildlife and flora, taking you back to a bygone era. The writings of Gillingham are wonderfully nostalgic and speak romantically of a time it would not have been unusual to see Otters and Stoats in the wet meadows along the river Roding as it meanders through Loughton and Buckhurst Hill.
Gillingham rarely strayed more than 4 miles on his walks and noted an amazing abundance of plant and animal life along the Roding Valley. In his own words, ‘Others may want scenery but the beauty of the Essex countryside is far less in its wide panoramas but in its intimate nooks and corners, in what lies near to hand’. In reference to the Loughton section of the Roding Valley and its meadows, he goes on to conclude ‘Find me a fairer spot in Essex’. How very true.
The intricate metal gates on the Roebuck Lane entrance to the nature reserve were commissioned by Epping Forest District Council. The painted steel gates are adorned with sculptures of various plants, birds, animals and insects depicting the wildlife and flora which Linder’s Field nature reserve is home to. These include an Owl, Blackbird, Kingfisher, Fox, Squirrel, Dragonflies, Butterflies, Mice, Bluebells, Wood Anemone, Dog Rose, Ivy, Mushrooms, and Grasses. Look closely and you may find even more inhabitants displayed. 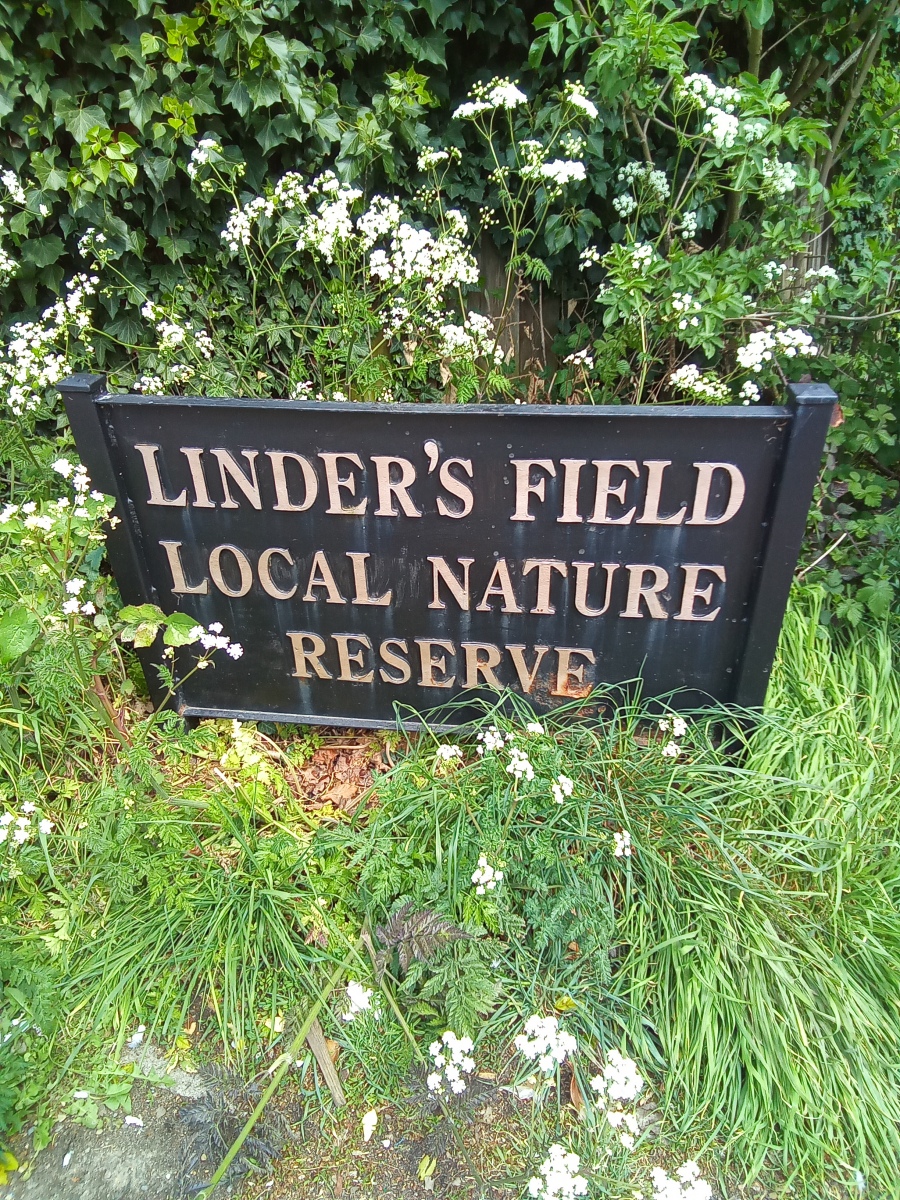 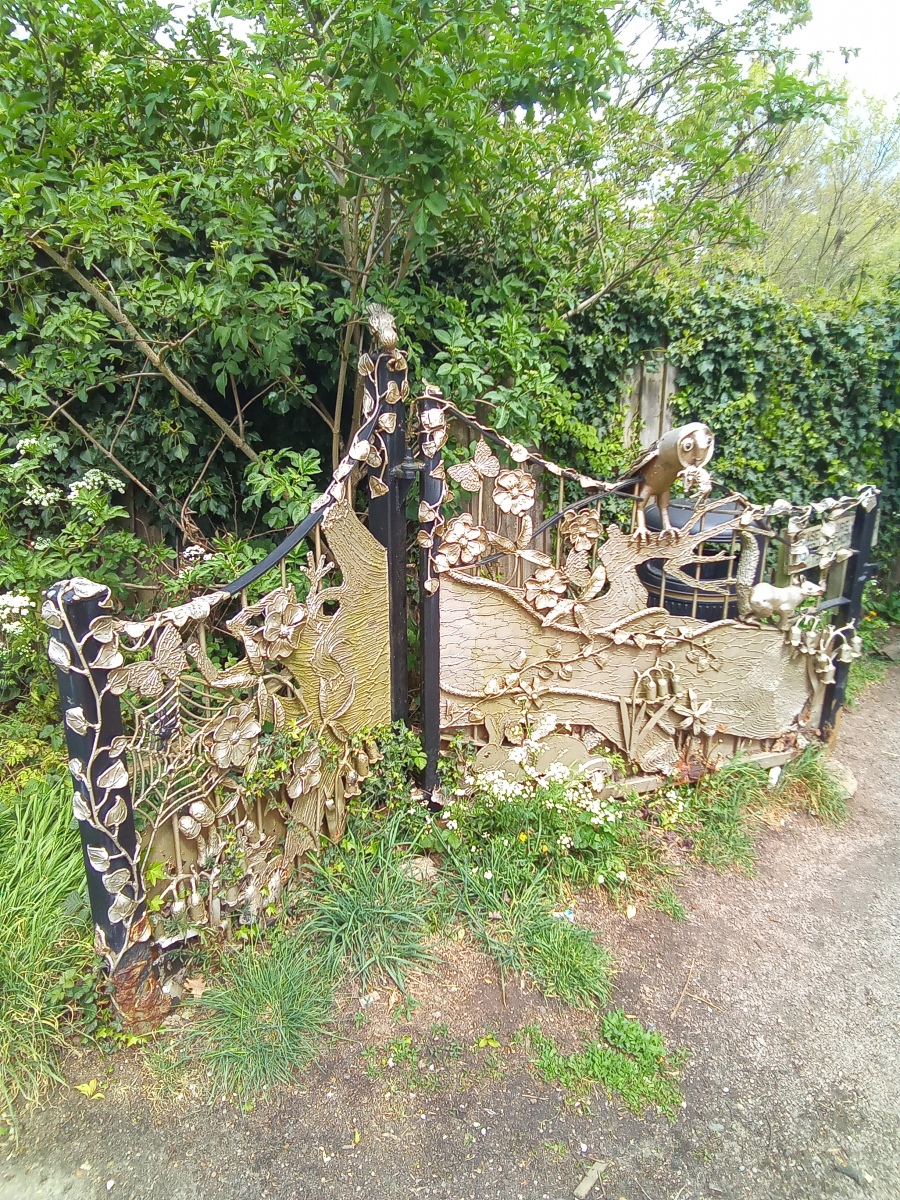 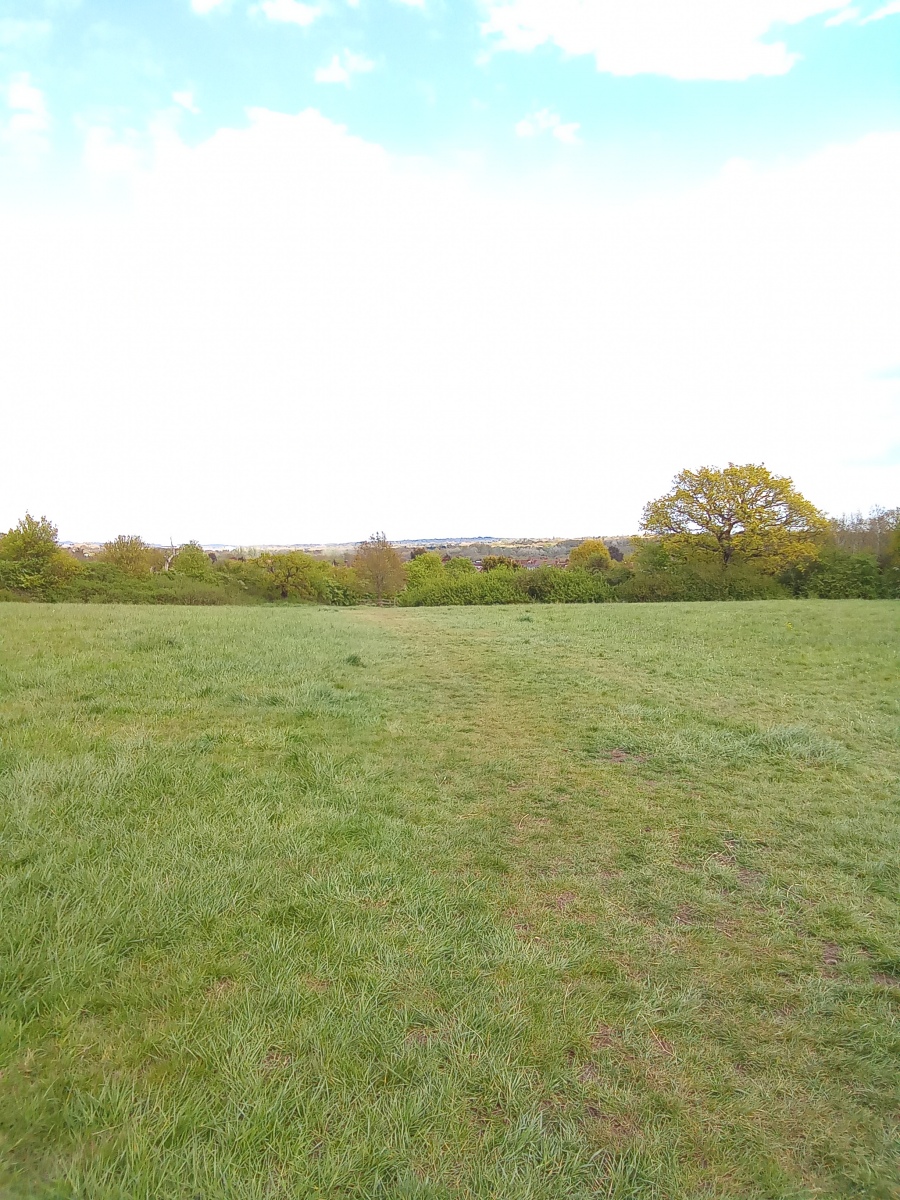 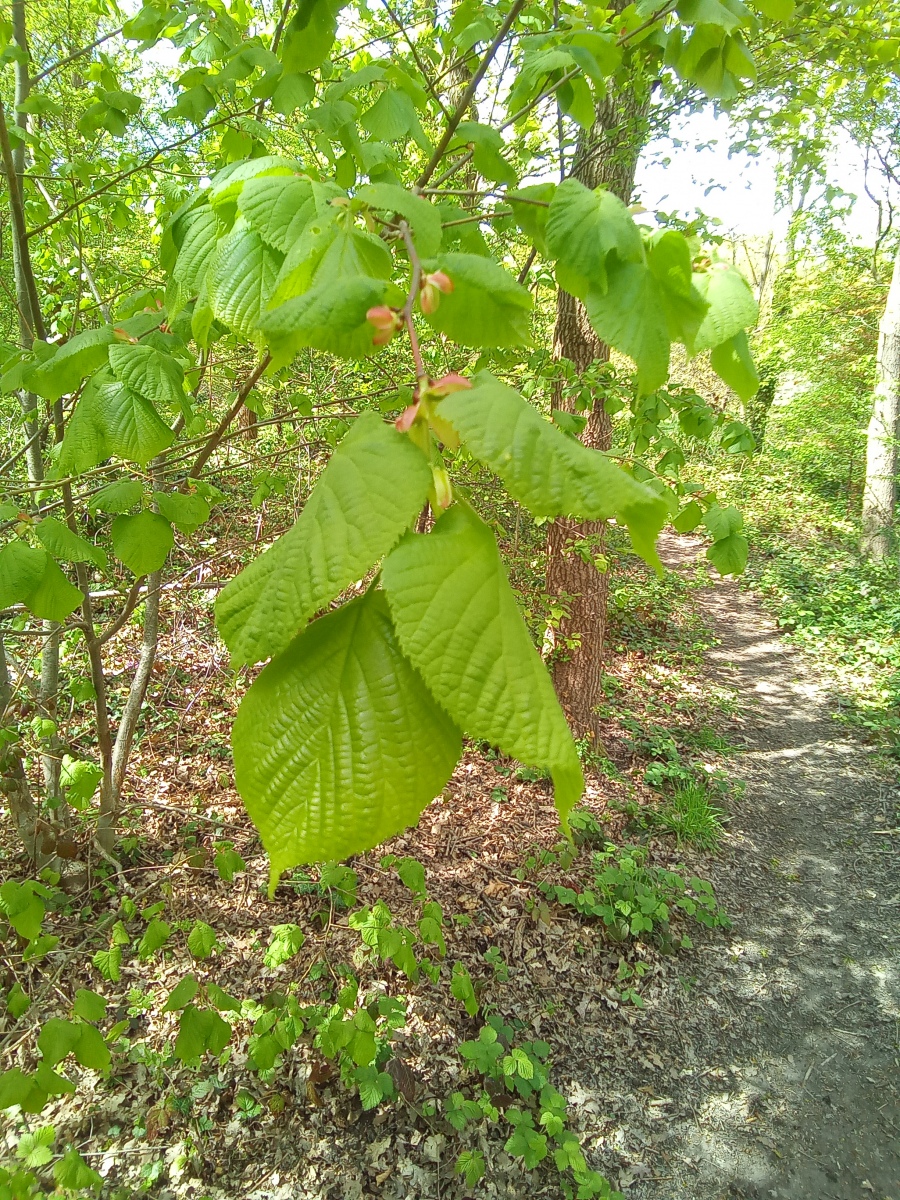 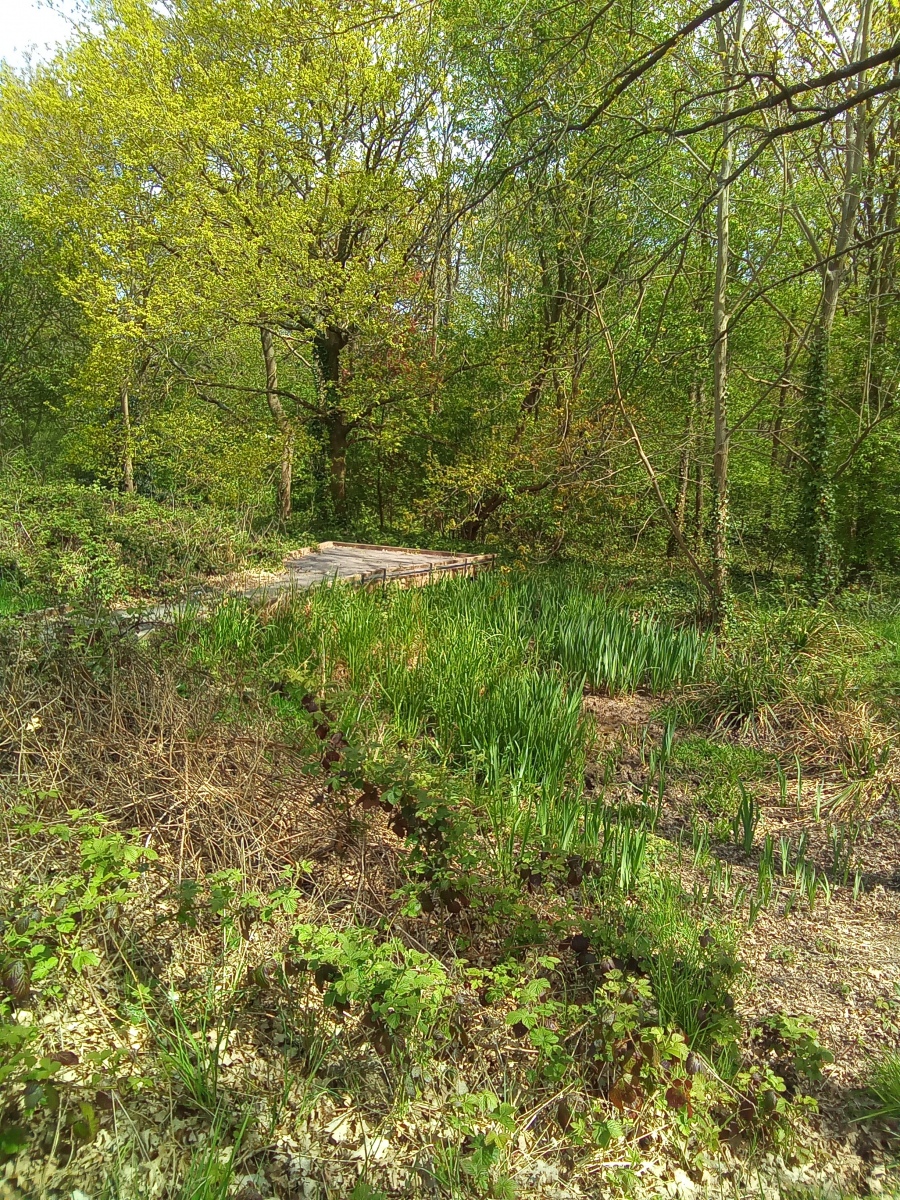 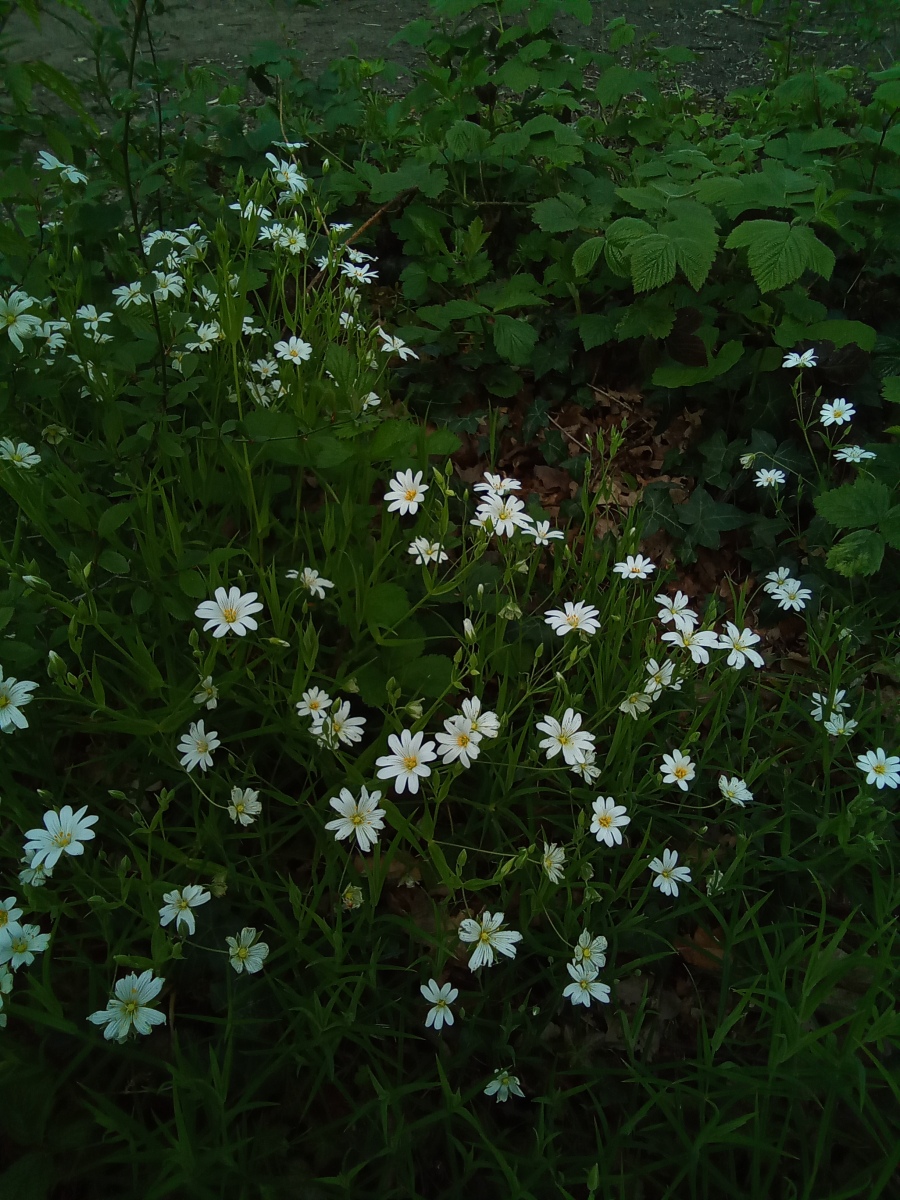 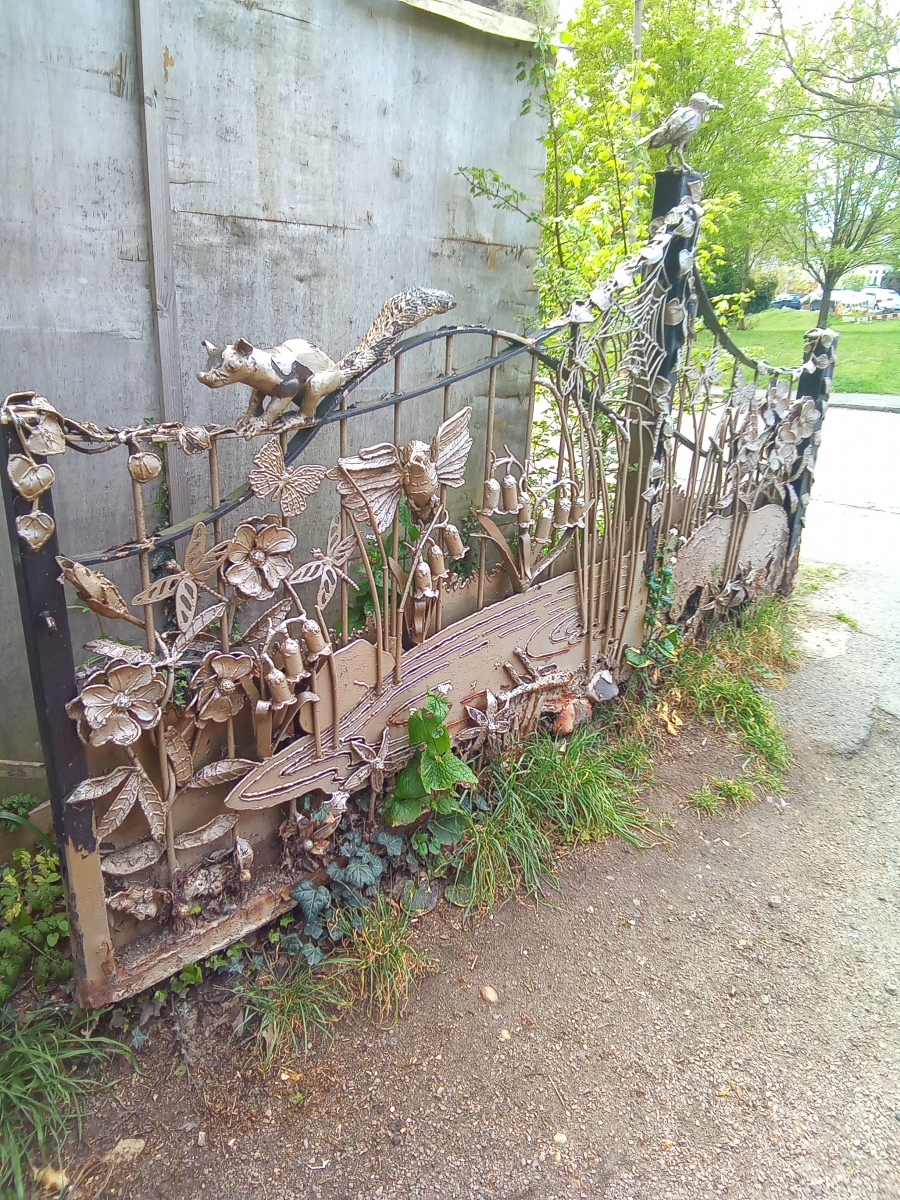 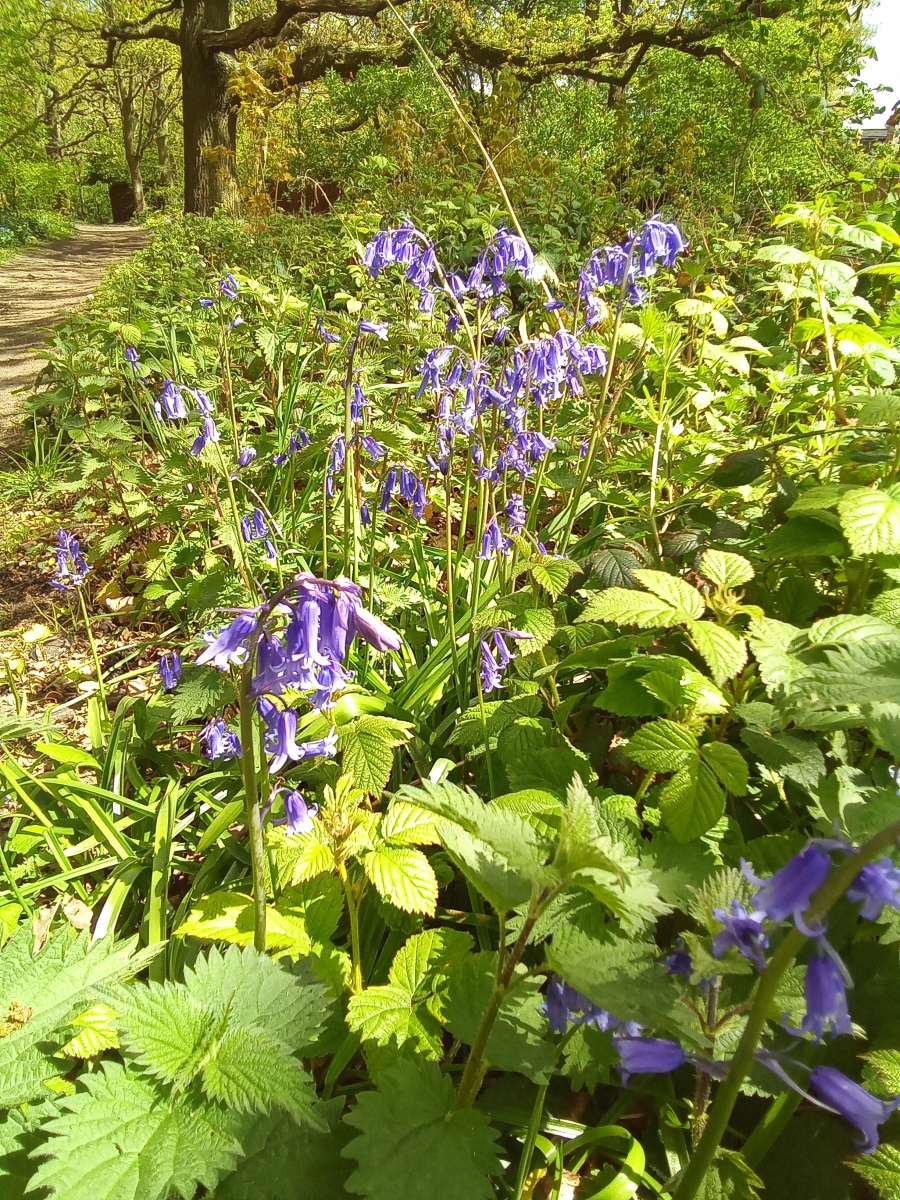 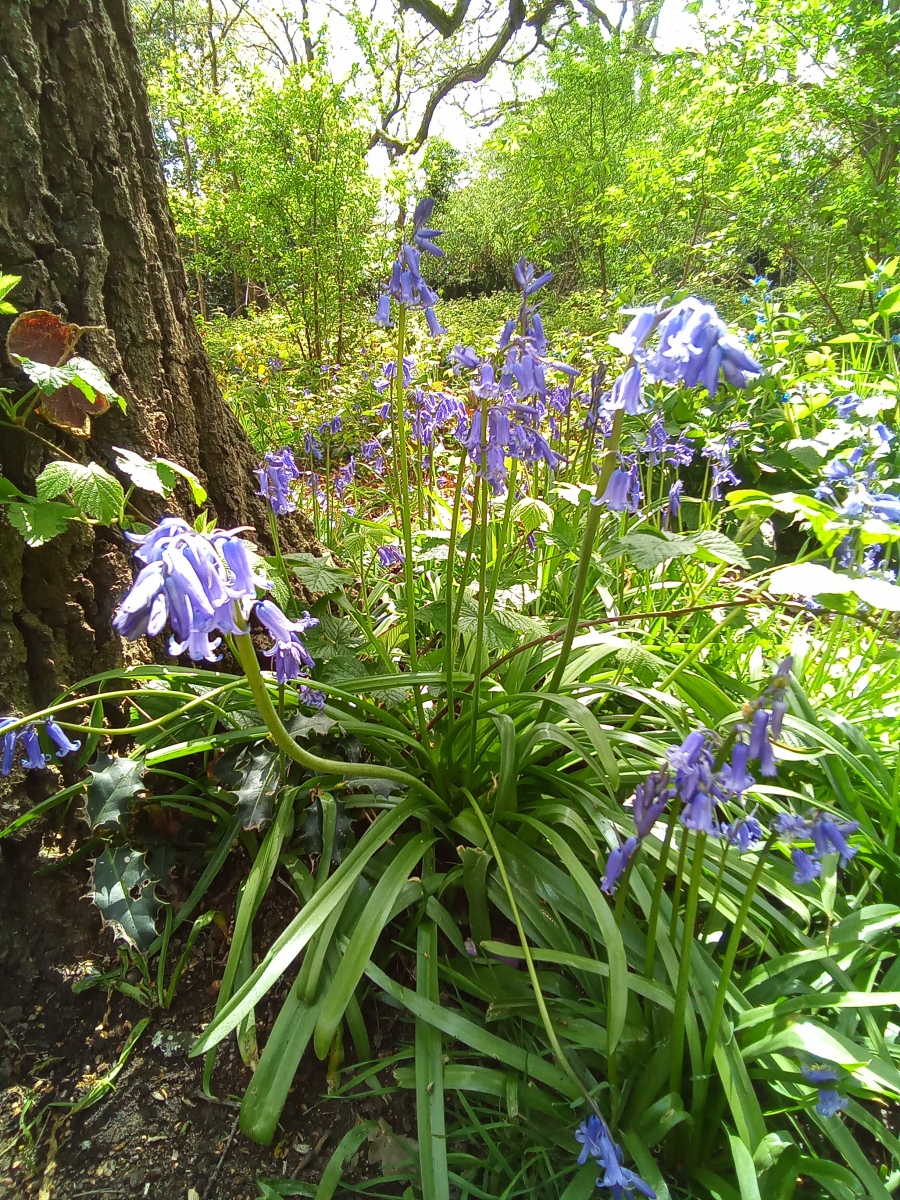 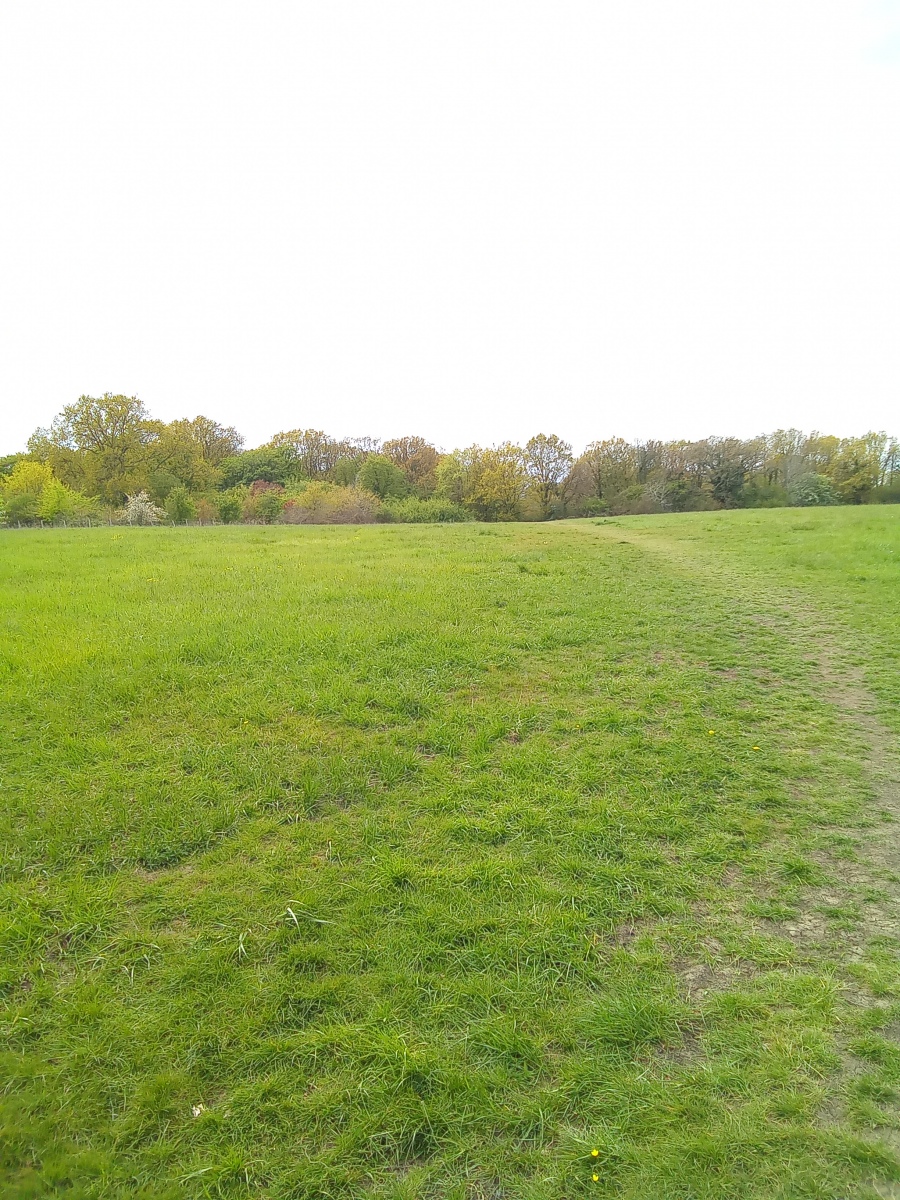 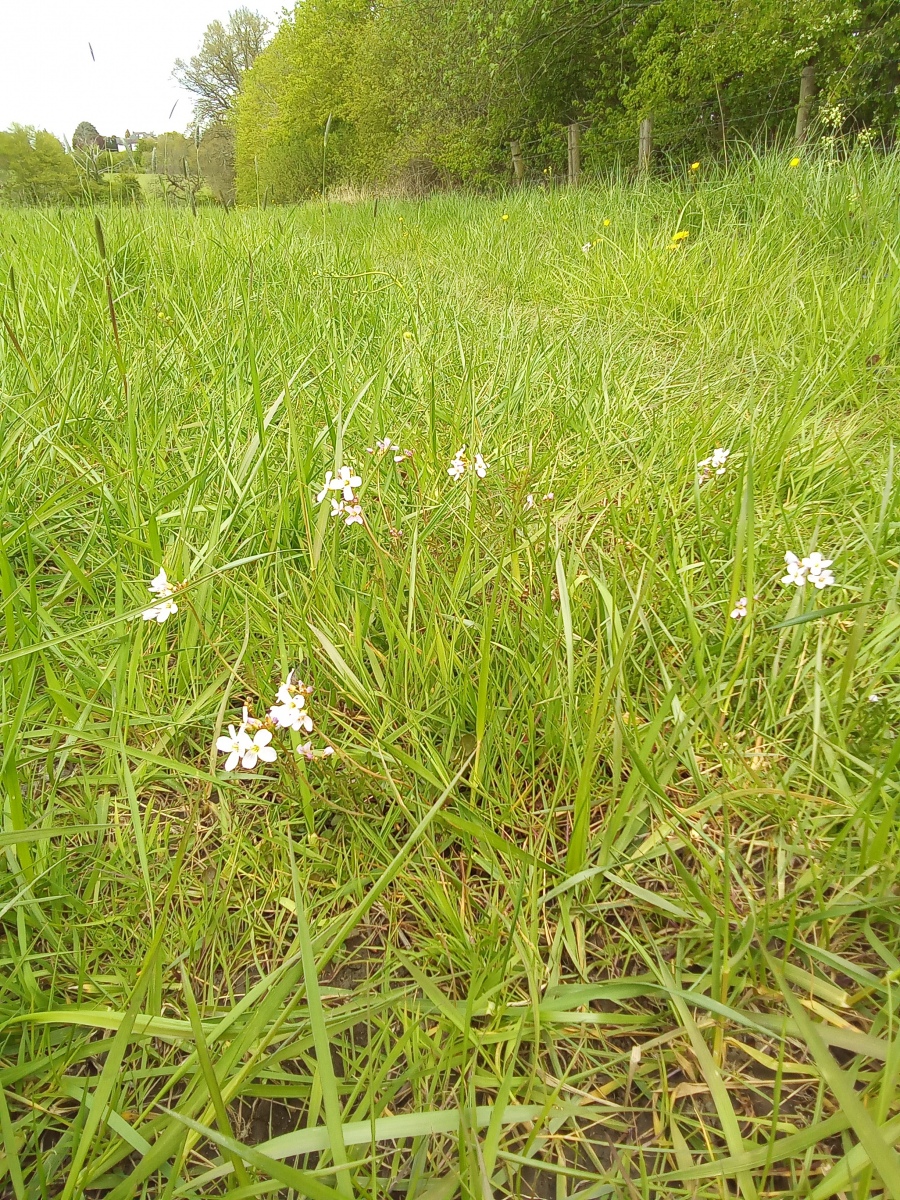 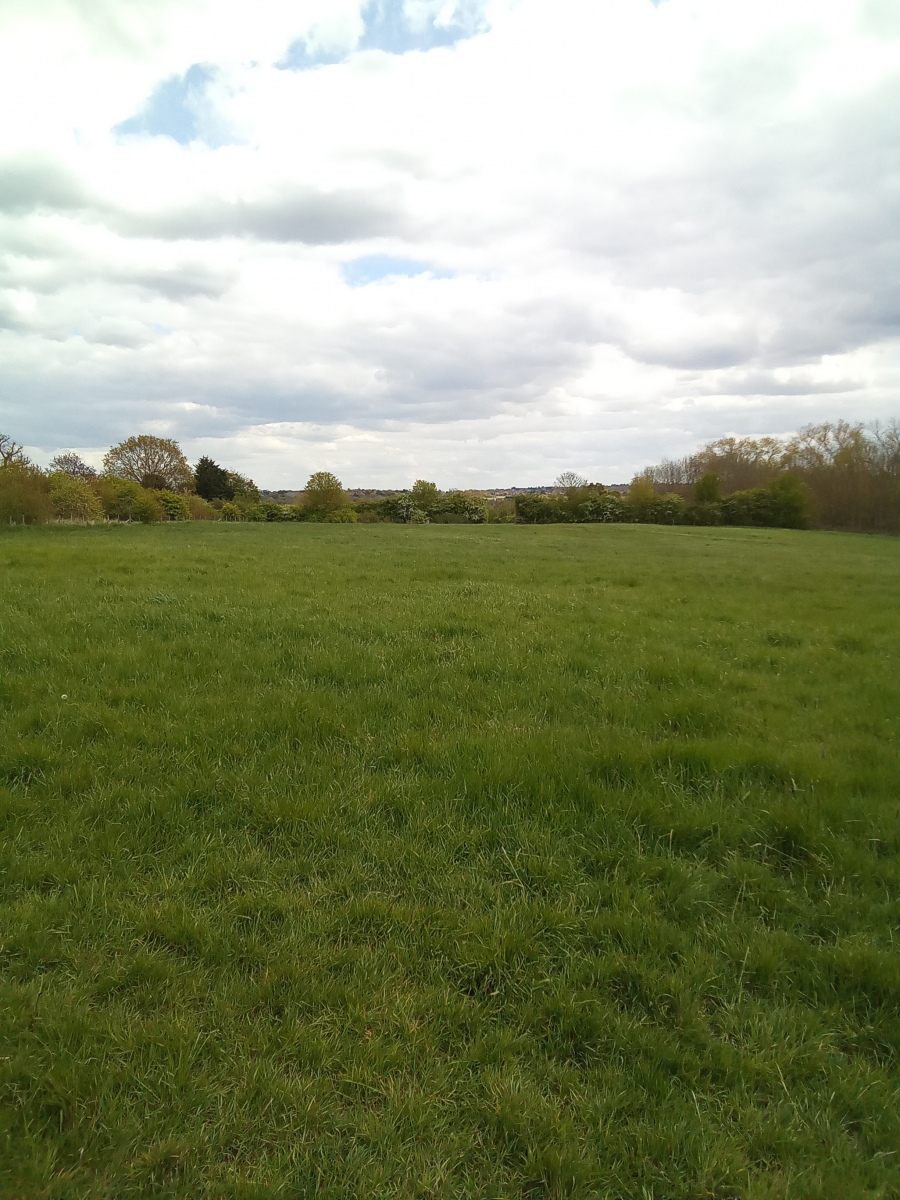 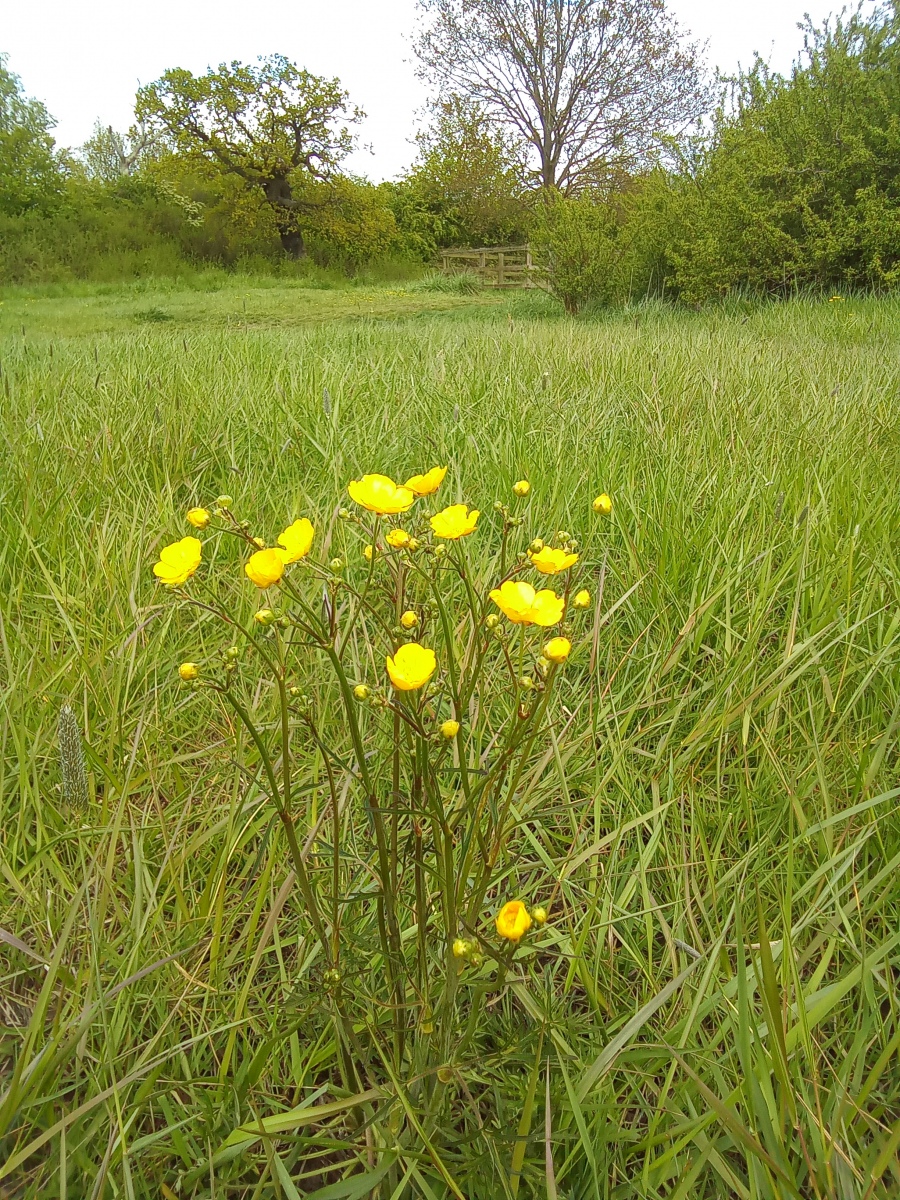 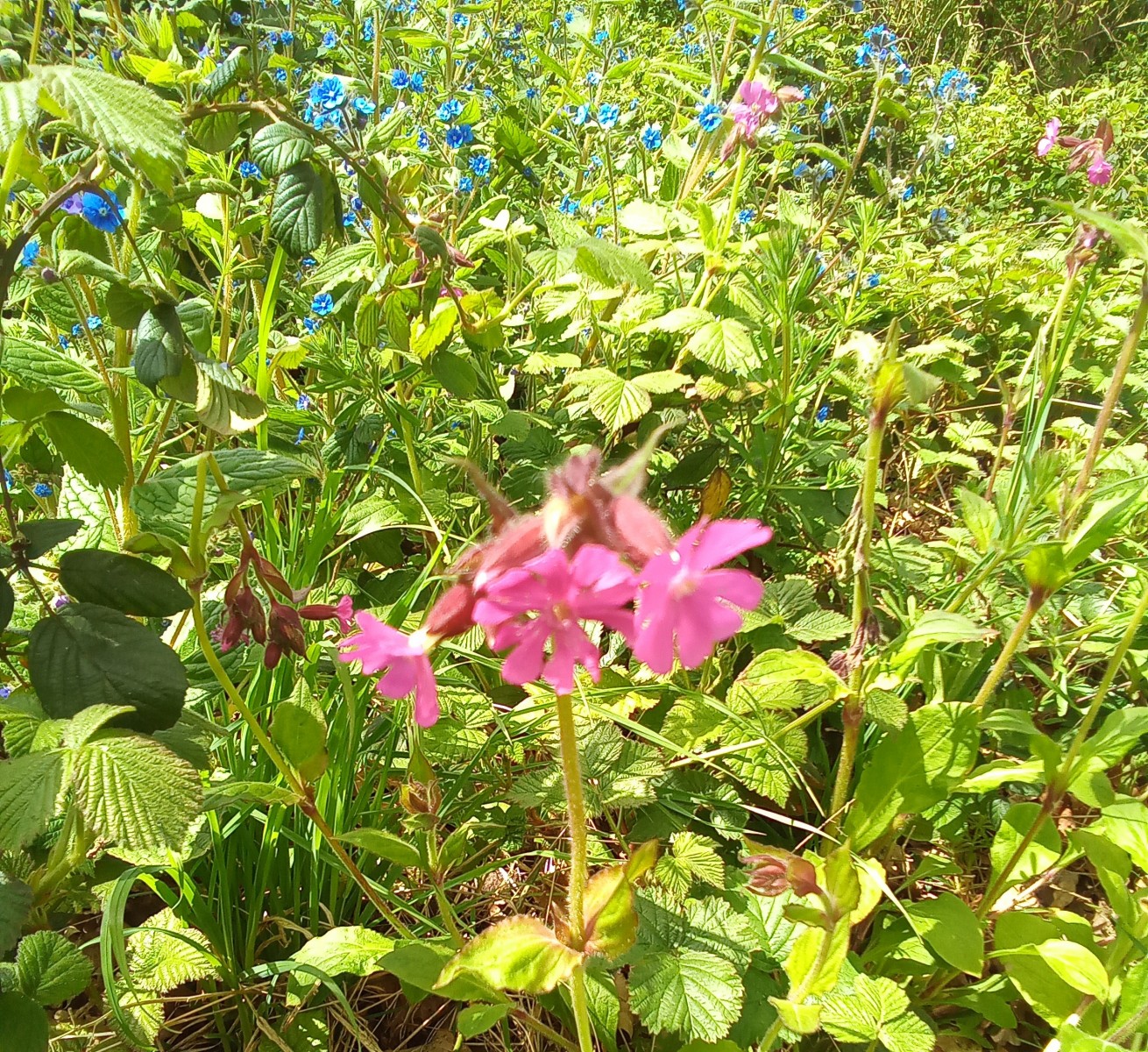 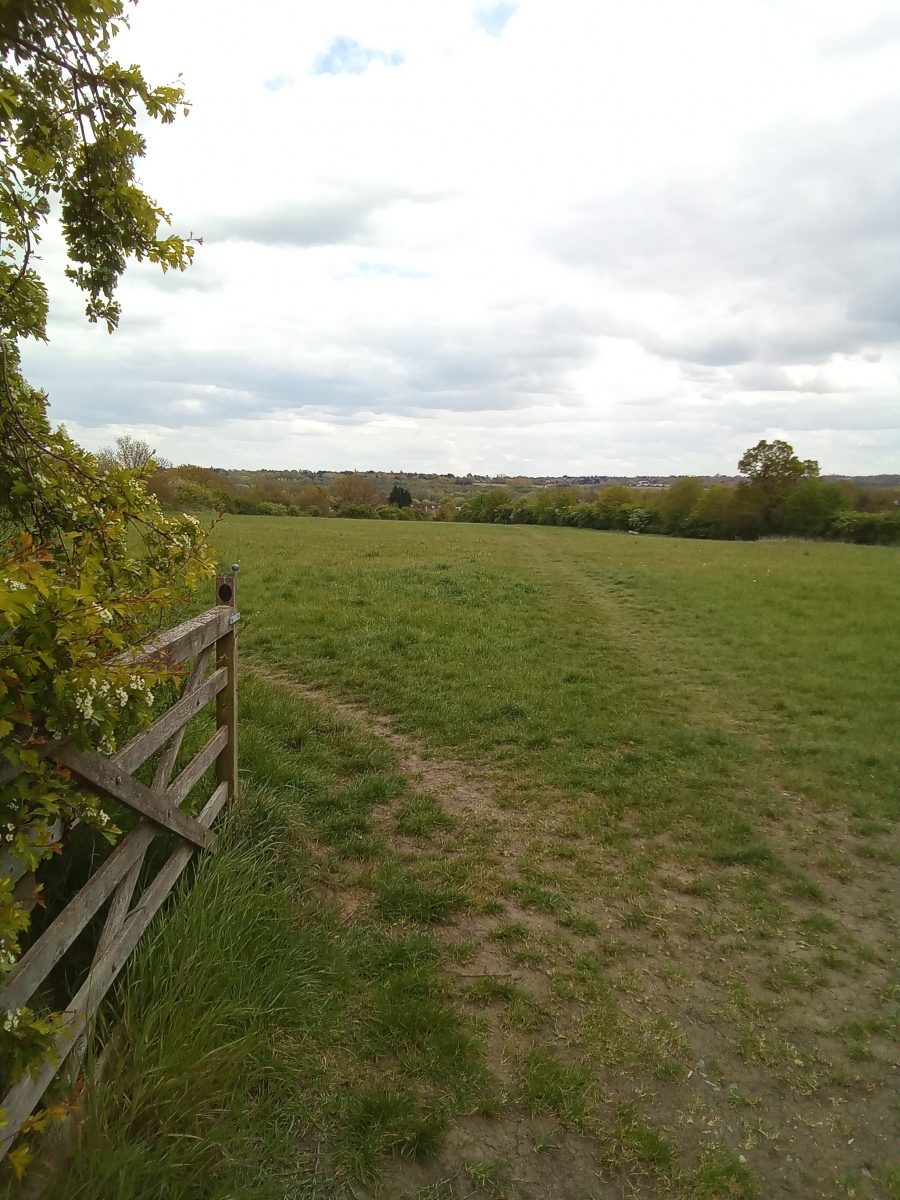 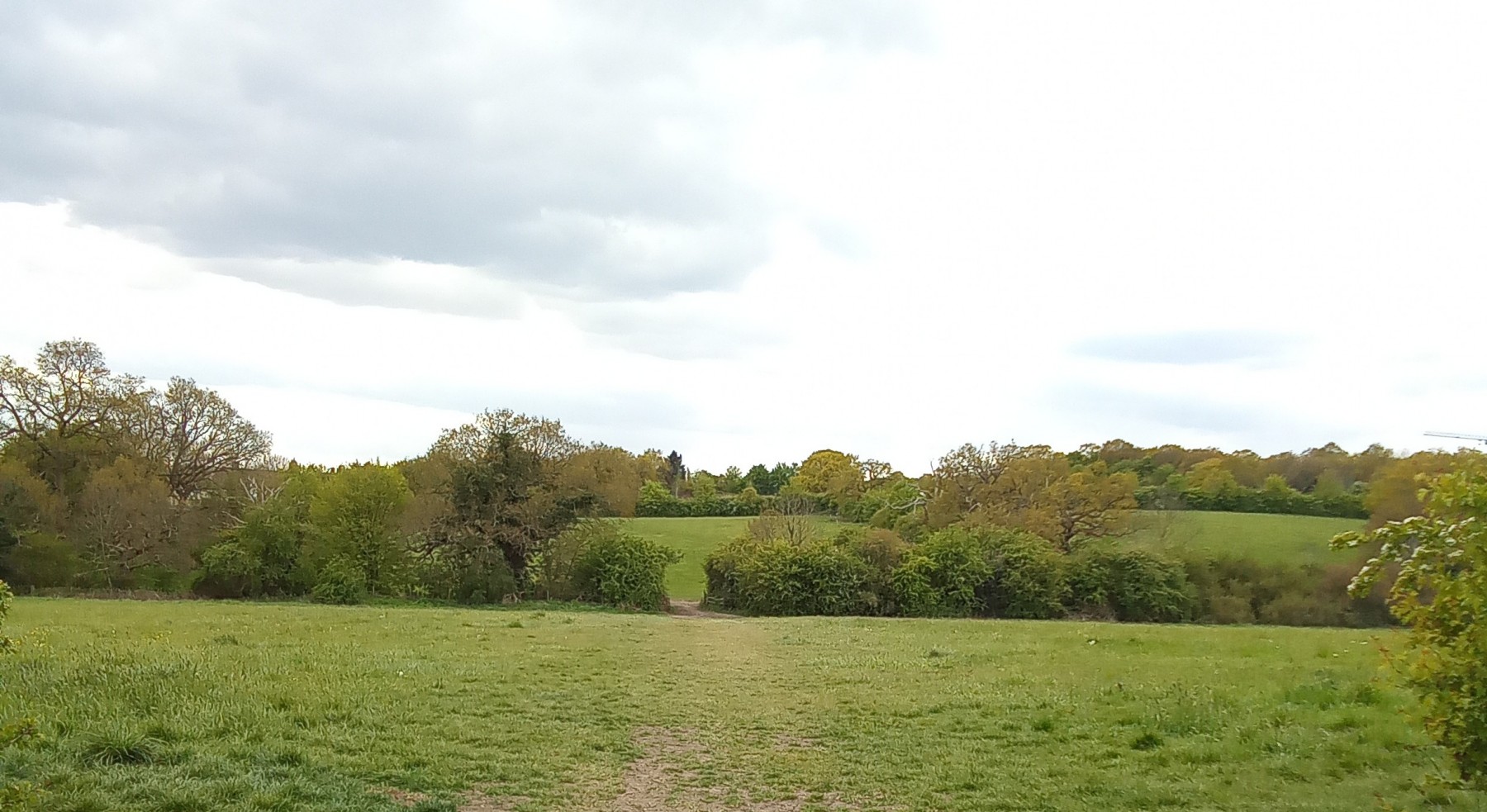 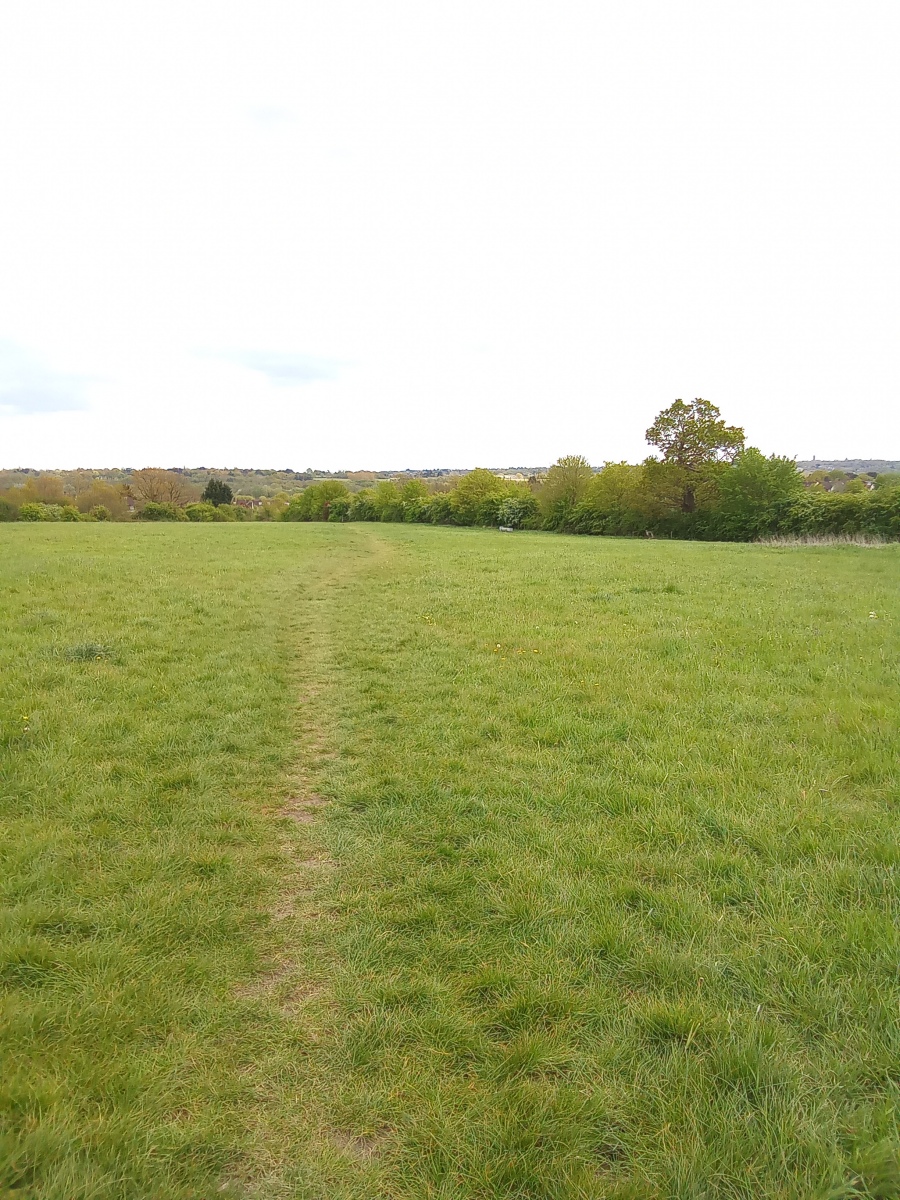 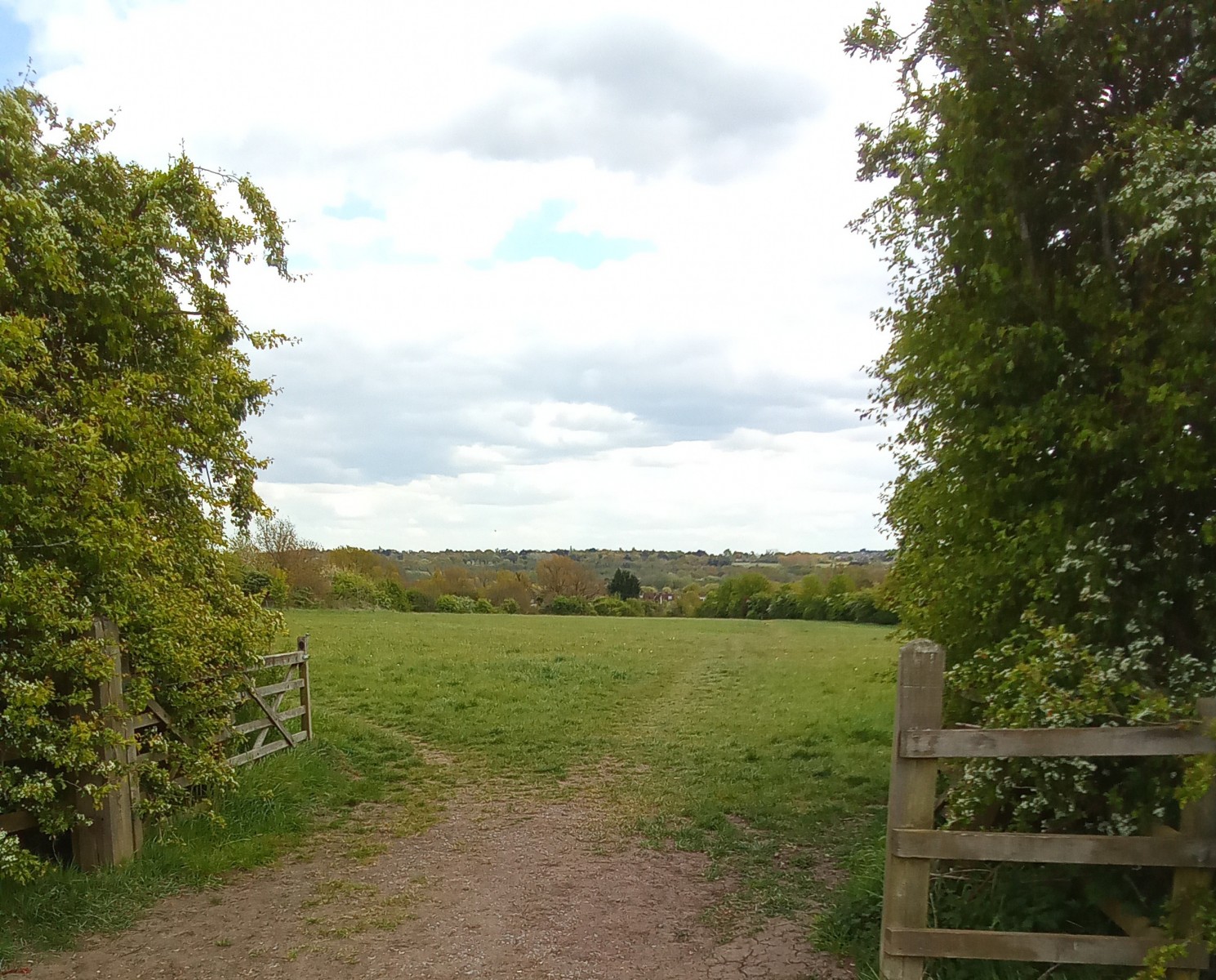 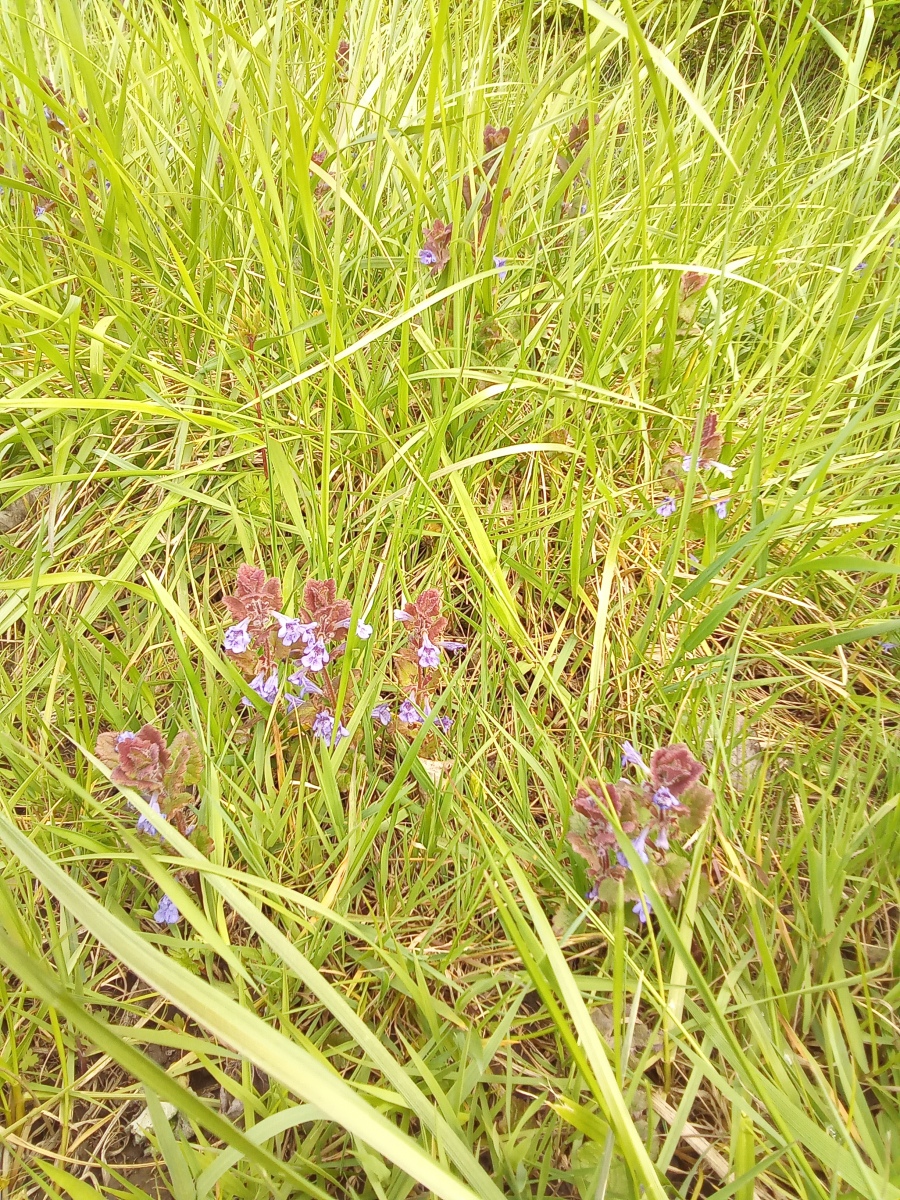 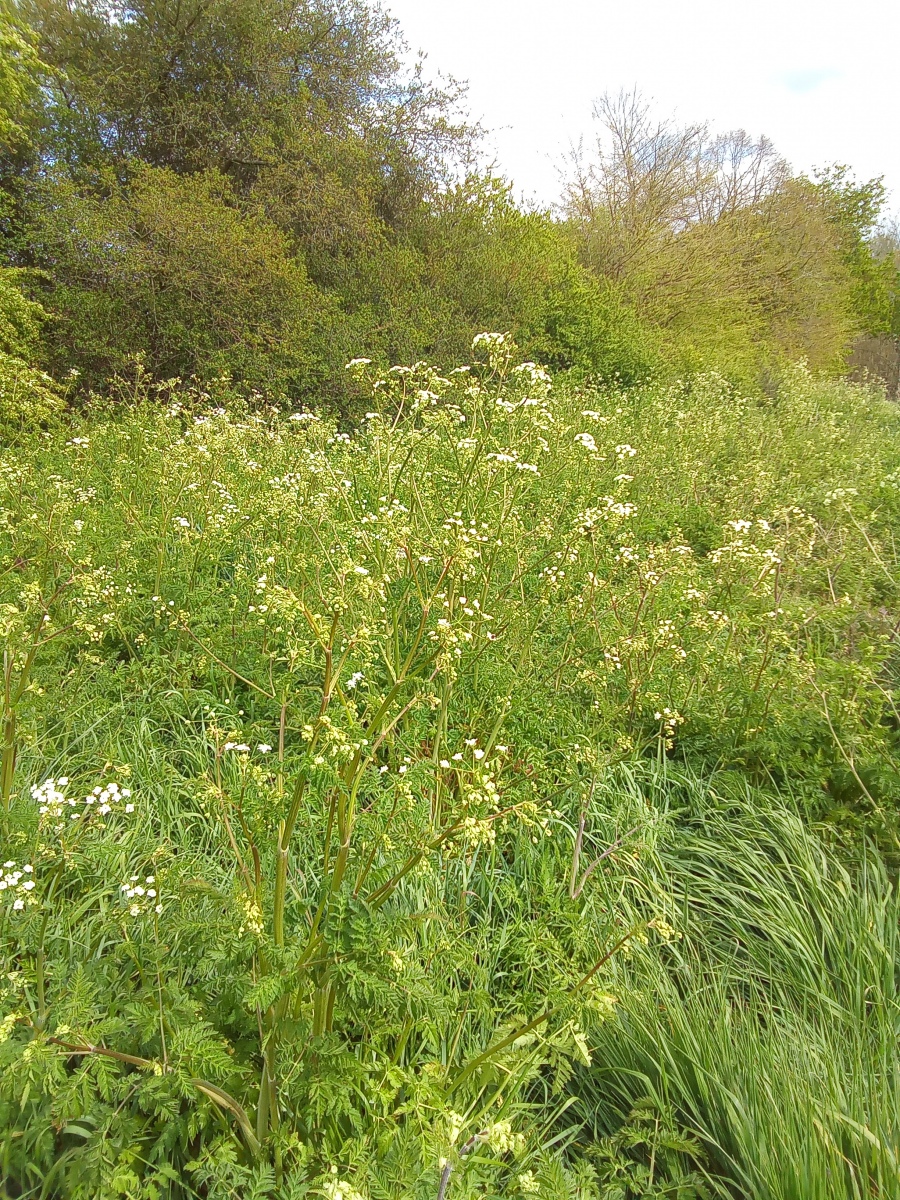 Linder’s Field nature reserve can be accessed via the main gates on Roebuck Lane IG9 5QN and via a footbridge from Thaxted Road to the East of the railway line. There is also an entrance at the bottom of Spring Grove. In any season this would make an enjoyable walk, but it is in high summer that the wildflower meadows positively come alive with colour, interspersed with the buzzing of insects and sporadic flurry of dancing butterflies. This is one of a number of local nature reserves on the peripheral of Epping Forest which are so tucked away that they are easily missed but these hidden wildlife havens certainly deserve a mention.