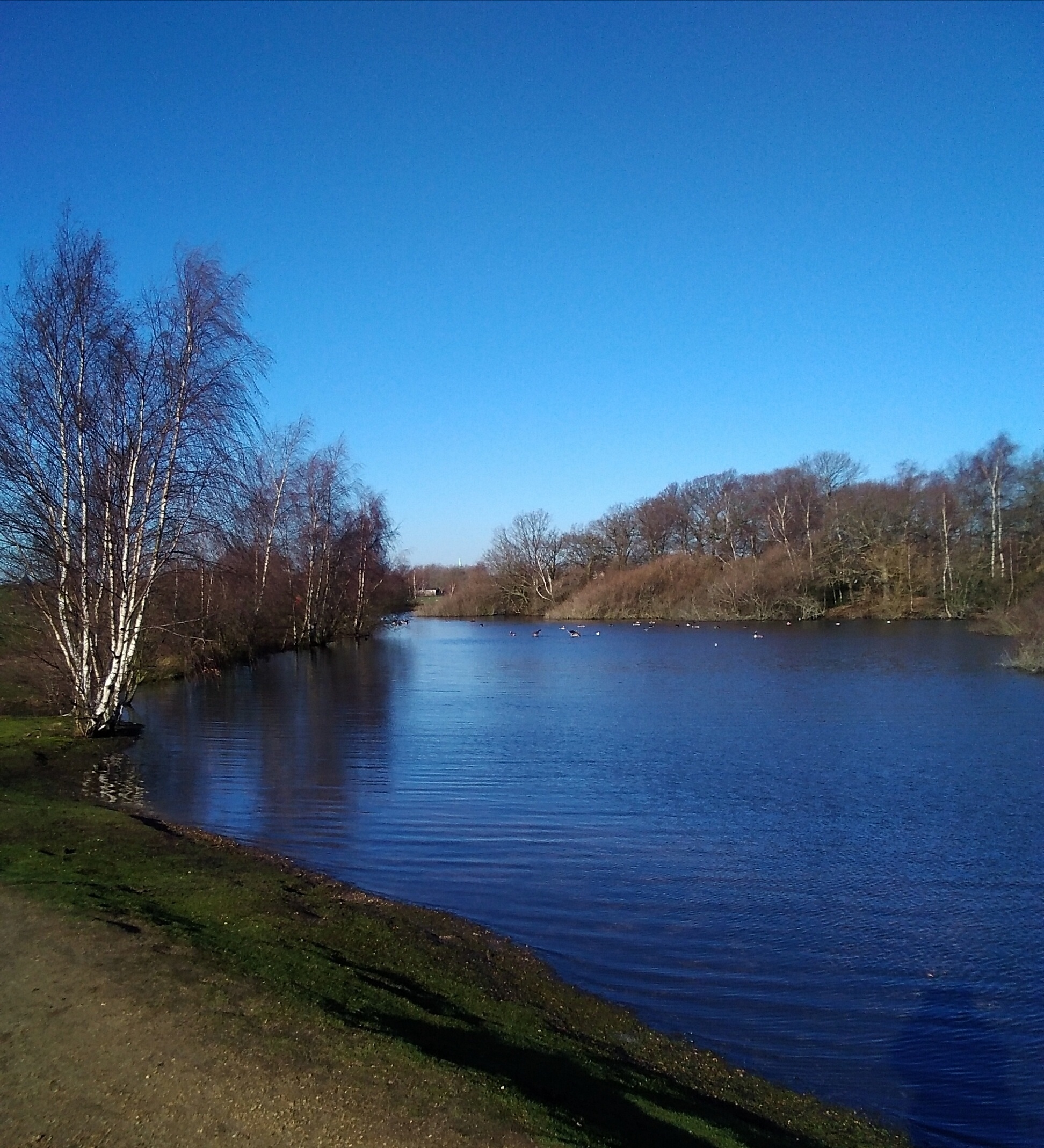 It’s easy to forget that the southern most point of the forest stretches as far South as Forest Gate. The ancient grassland of Wanstead Flats seems separate to the rest of the forest but it is physically and historically inseparable & is a crucially important part of the forest for the diversity of habitats it supports. There are some insects here which occur nowhere else in the forest & some which have been observed nowhere else in London. Bird watchers also visit the Flats hoping to catch sight of some of the more surprising and unexpected visitors during the winter migration season. 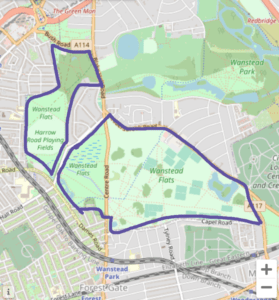 As far back as 1199 the Abbott’s of Stratford granted rights to graze livestock on the flats & this became a tradition over the centuries as the conditions of the heath made it less desirable to nobility. It’s possible this has been grassland or heath for over 1000 years. Formerly known as the Lower Forest or Wanstead Heath, this was a place where commoners could dig peat for fuel. In the 1600’s the Flats were more well known as a wet and marshy area & in 1619 a mineral spring was discovered, possibly at Bushwood which became a very popular spa. Today that spring usually runs dry. The heath was drained and planted in the 1800’s and began to take the shape as a scrubland with plantations which most of us will recognise now.

Prior to the Epping Forest Act, enclosure of land by various Lords of Manors thus denying commoners grazing land caused many conflicts in the forest. The enclosure of land by the then Lord of the Manor of Wanstead was probably the most famous. This provoked a riotous response on the 8th July in 1871 when an estimated 30,000 East Londoners descended on Wanstead Flats to tear down the newly erected fences denying them access to traditional grazing land. The full story and accounts of this can be found at the link below.

Wanstead Flats have taken on many uses over the years other than traditional grazing and cattle markets. There is a long history of Fairs on the Flats dating back to the late 1800’s. This was once a popular mustering point for soldiers going to war & troops were housed here temporarily in preparation for the D Day landings of 1944, It was also the site of a prisoner of war camp. In peacetime pre fabs were built here after the 2nd World War to rehouse the East London people left homeless to bombing raids. In later years there were annual Easter Fairs and also Hindu religious festivals which caused much local concern due to the sheer volume of religious pilgrims attending. It’s most recent peacetime use outside of recreation was as a temporary mortuary during the Covid19 crisis in 2020.

Ecologically this location is an important nesting site for Skylarks and meadow pipits & has a number of interesting migratory visiting birds in autumn, such as the Ring Ouzel & Spotted Flycatcher among the many notable surprising alien species. Wanstead Flats is an acid grassland and ancient heath which was once part of the forest of Essex and small patches of Epping forest remain. The land is nutrient poor but species rich with scarce plants and insects, if you were to closely study a single square metre of the ground a surprising number of different plant species would be found occupying it. Acid grasslands are often associated with endangered invertebrates, it is perhaps unsurprising then that this is the only known site within the forest where Green Hairstreak butterflies can be found.

Grass fires are an ever present threat to heaths & grasslands in summer and the grasslands here are no exception to this. Most years there will be fire incidents here but some stand out more than others. In 2018 one of the largest grass fires the London Fire Brigade had dealt with of it’s kind destroyed 100 hectares of grassland on Wanstead Flats and the fire smouldered for days. Two years later another 3 hectares were destroyed by fire, showing not only how precious this grassland is but also how extremely vulnerable it is. Most of these fires will in some way have had a human influence either with carelessly discarded cigarettes or glass bottles magnifying the suns heat. Inevitably some wildlife & plants will have perished, but there is always hope among the destruction.

Fire plays an important role in ecosystems and some specialised plants need the intense heat of fire to be able to disperse seed from hard shells and roots often survive the onslaught. There is even evidence that some types of fungi provide a fire retardant coating around the roots of some plants thus ensuring the survival of their host even in the worst case scenario. Wildlife that was displaced gradually returns as the grasslands regenerate and the numbers of smaller animals unable to escape will also gradually recover, but the balance in these grasslands will always be fragile and at risk.

The 2018 fire was perhaps one of the more notable of recent events and made the headlines. One report can be found at the link below.

For my walk today I have not included a walking route map as there are so many access points it is not difficult to spend several hours here exploring. I enter the Flats at the nearest access to the Green Man Roundabout at Leytonstone behind the Quaker Meeting House and take a roughly anti clockwise walk around the edge of the grasslands, crossing the roads that bisect it so that I stay close to the perimeter. Occasionally I walk further into the centre of Wanstead Flats to take pictures and explore the area a little more.

What I find is an incredible diversity of habitats some of which are completely unexpected. In the South West of the Flats I find Jubilee Pond, with the most incredible variety of waterfowl both the common and the more exotic. My visit was in late January on a clear sunny day and the pond was quite densely populated with over wintering Mute Swans, but more surprising were the sheer number of Egyptian Geese I also saw paired around the pond. The overall size of the mixed water fowl population here shows that the pond in this corner of the flats is a well established home for many different species.

As I continue anti clockwise around the perimeter of the flats I am struck by multiple photo opportunities of the City buildings to the South where the sky scrapers along the Thames can be seen from numerous places on this walk. Some parts of the flats feel almost like a park but as you progress around the location what becomes noticeable is that there are many very different habitats making up Wanstead Flats. The areas to the far East and West of the Centre road are reminiscent of large playing fields closely mown, but closer to the Centre road are an incredible wealth of grasslands of differing type including scrubland, open heath and small wooded areas. Further more diverse grasslands and meadow habitats are dotted around in all directions making a patchwork of rich environments.

The scars of some of the worst recent wild fires here are slowly being hidden as the grasslands recover, with the odd dead tree still standing charred an occasional reminder of the frequent human assaults this precious habitat suffers. As I continue toward the South East edge of the flats I see tantalising glimpses of the Temple in Wanstead park, which I will cover as a separate walk. Further East I find Alexandra Lake which although considerably larger seems much less attractive to the waterfowl, who are almost conspicuous by their absence here.

For much of this part of the walk you could almost be at Hollow Ponds, so similar is the larger lake and it’s surrounding landscape. In fact the scrubland and rough grasslands here have a very familiar feel, except for the inescapable views of the City skyscrapers which mark this location out as being different. Continuing anti clockwise i reach the North end of the Centre road where I cross back over heading North West back towards the point where I entered the flats behind the Quaker House, and this is where my walk ends.

From the absolute diversity of habitats and bird life I have seen on this walk, Wanstead Flats is certainly worthy of its status as a Site of Special Scientific Interest. At a time when the heart of the forest is so busy with visitors, the flats were never too busy while I was there and the car parks were notably quite sparsely used. This seems a place that is a valued asset to it’s surrounding communities, many of which were making good use of it and it is also a surprising haven for smaller wildlife so near to the City. As with all parts of the forest summer is often more appealing but for anyone who enjoys visiting the more open expanses of grassland but wants to avoid the often more busy Hollow Ponds, it would not be difficult to make a day out of a visit to the Southern most point of the forest at Wanstead Flats. 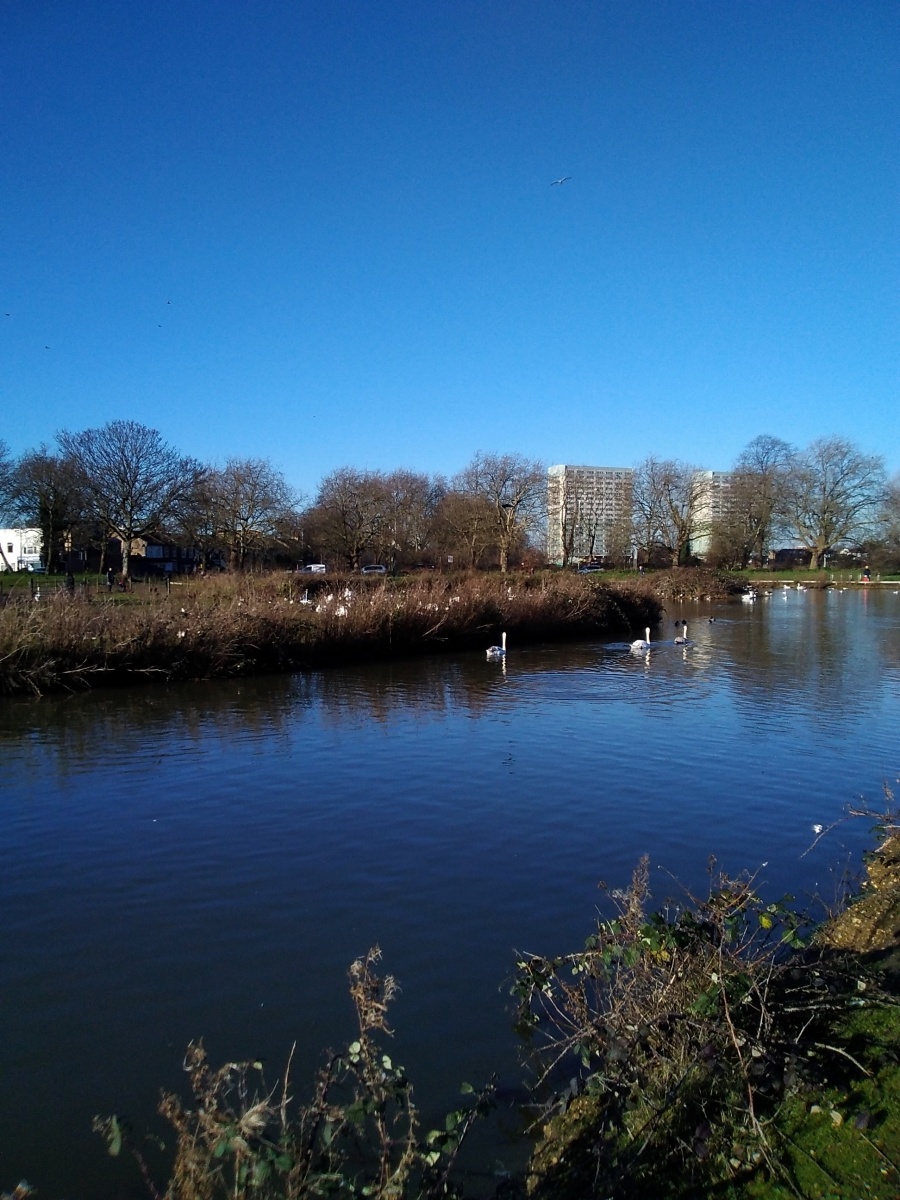 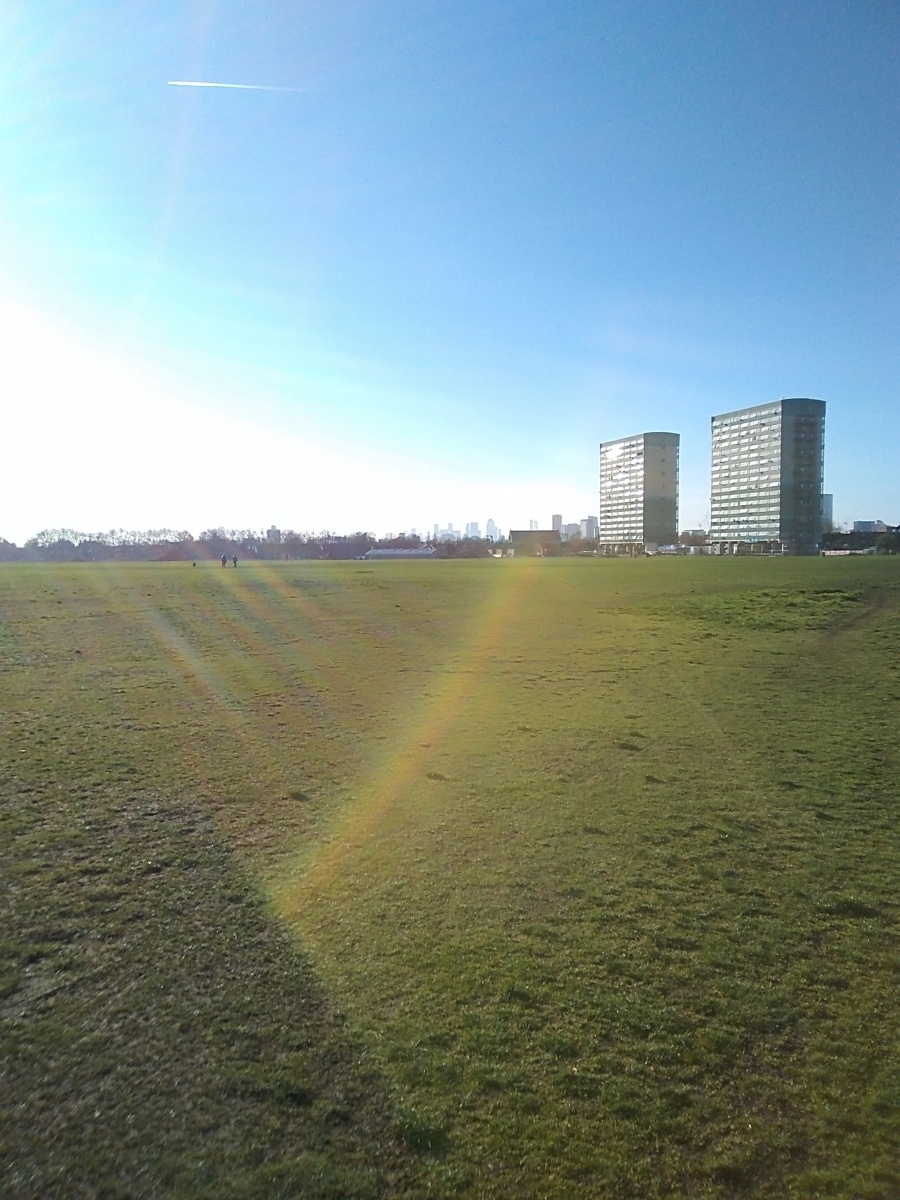 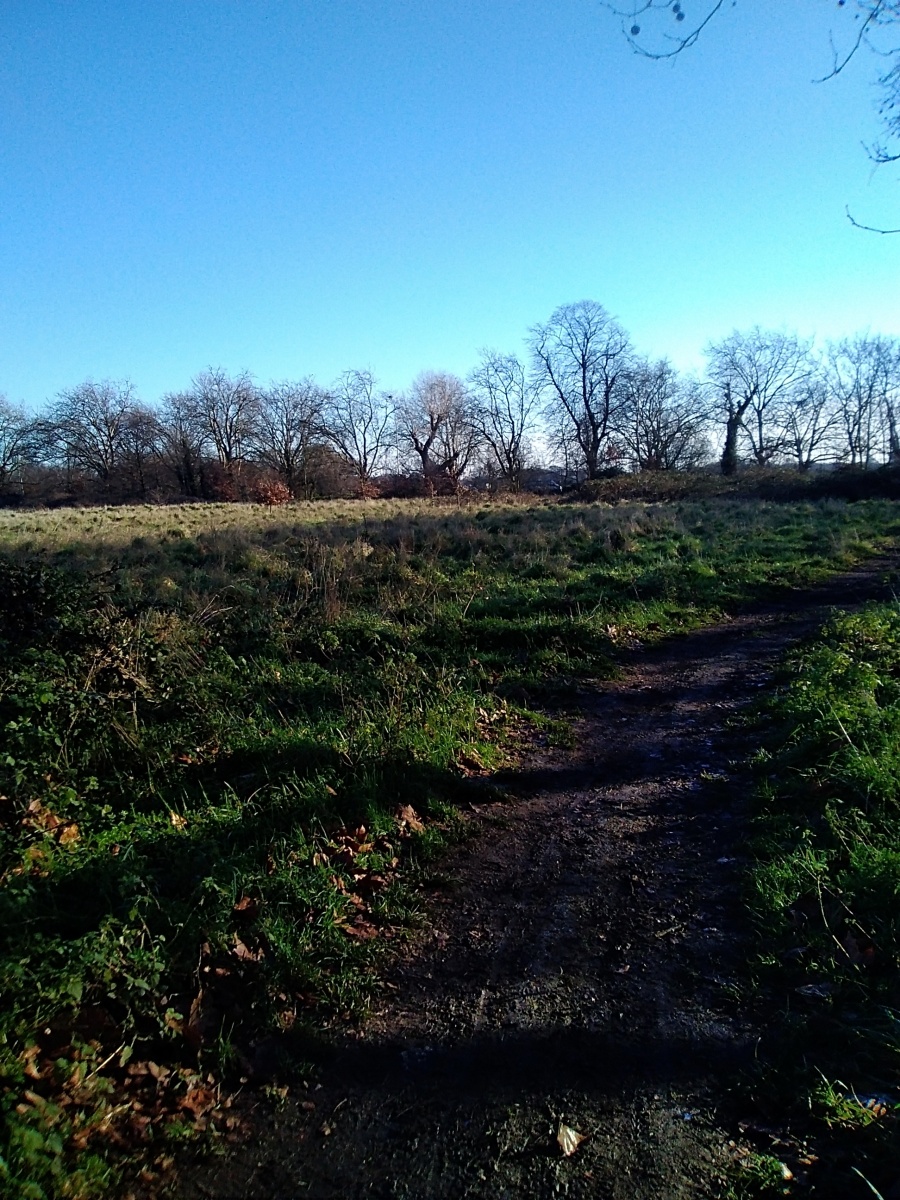 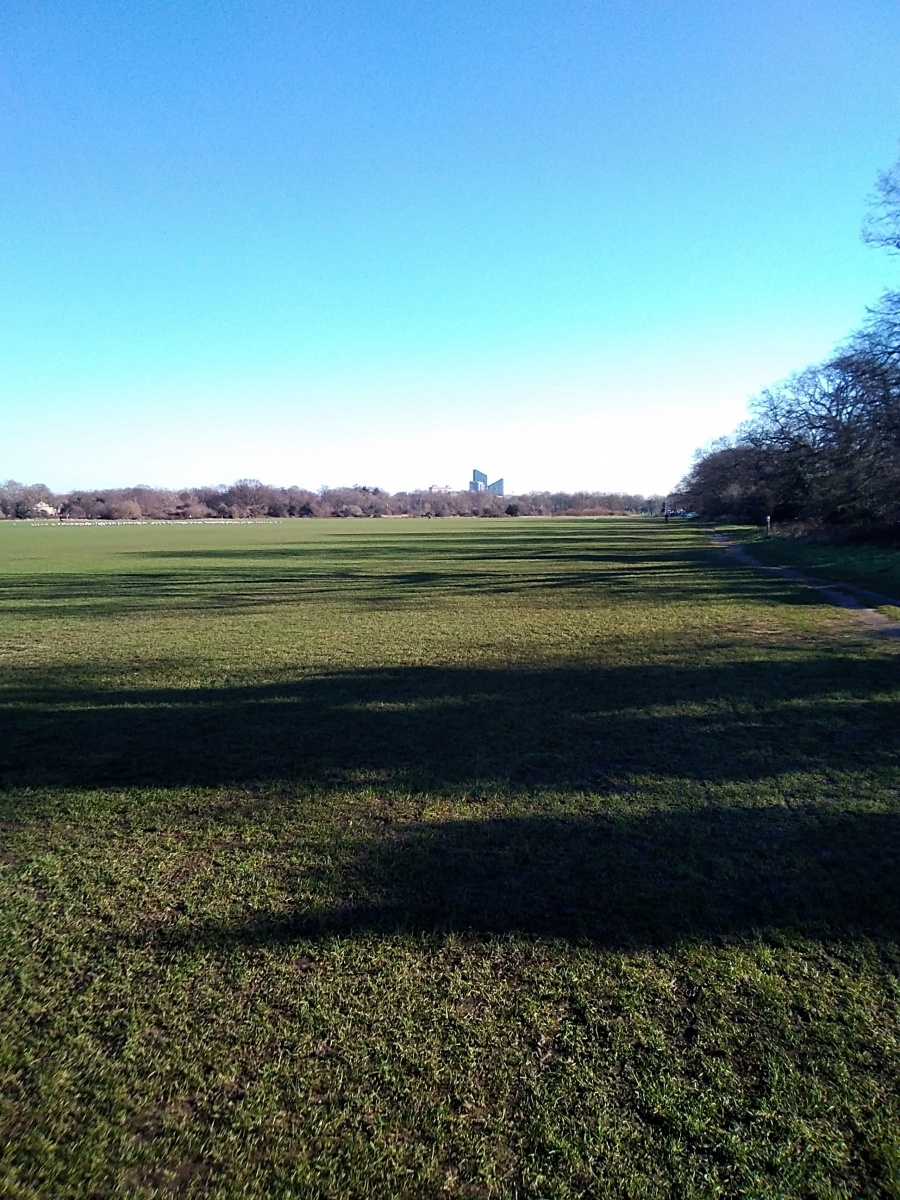 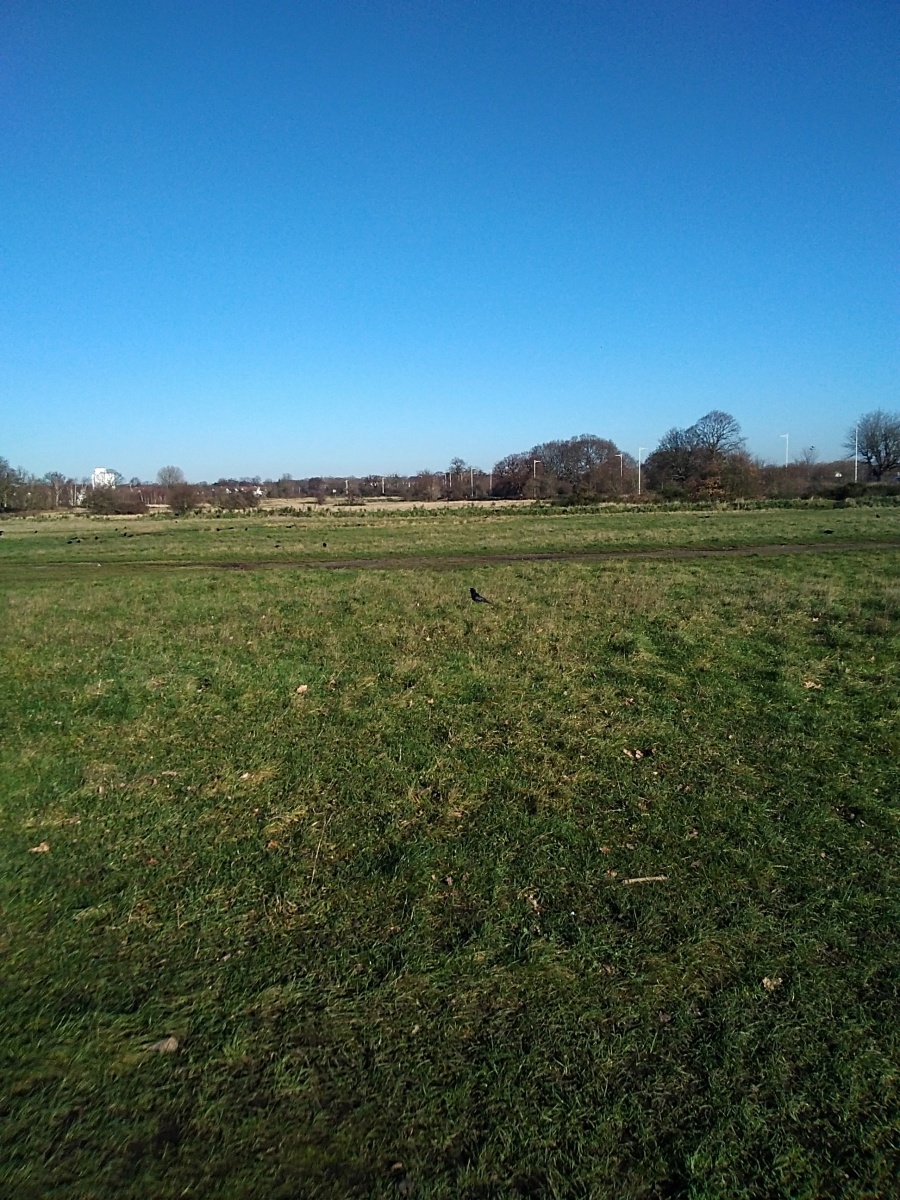 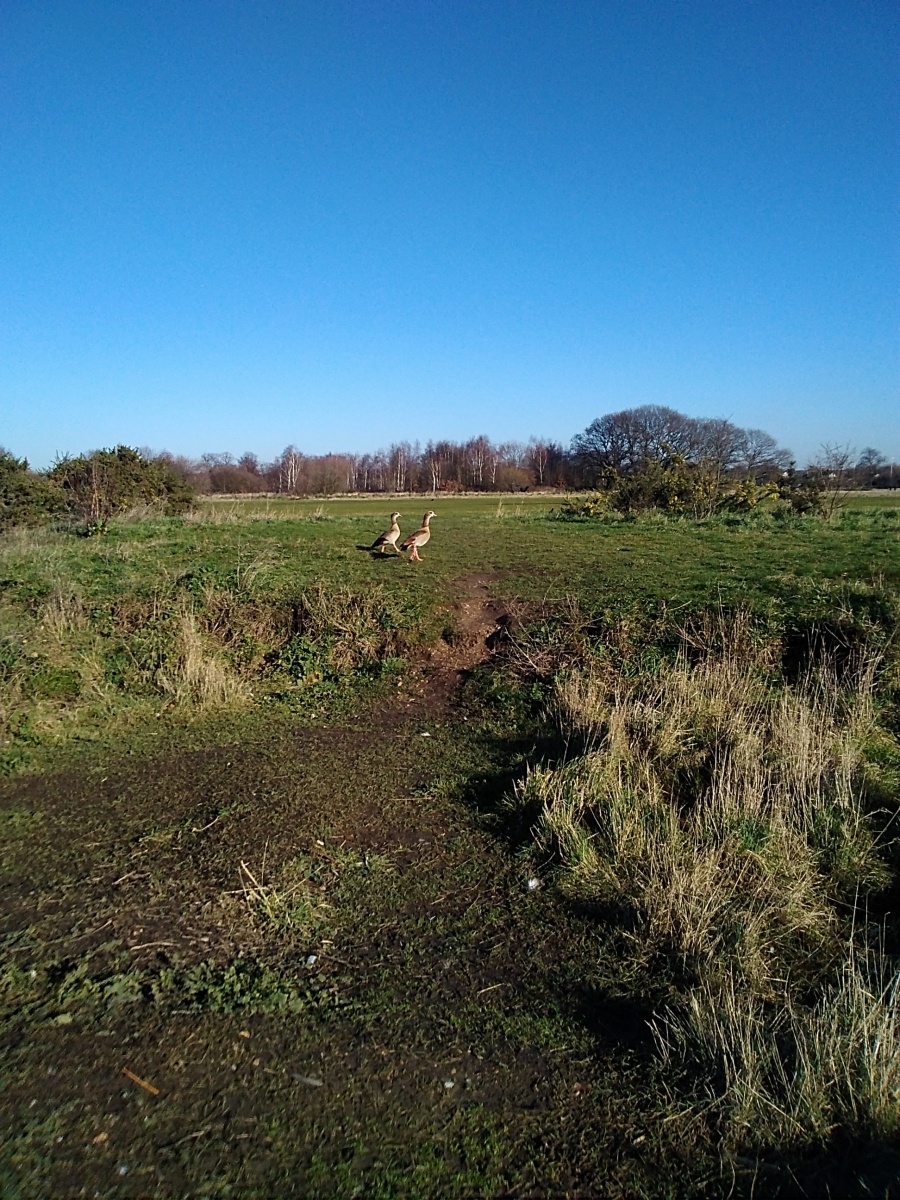 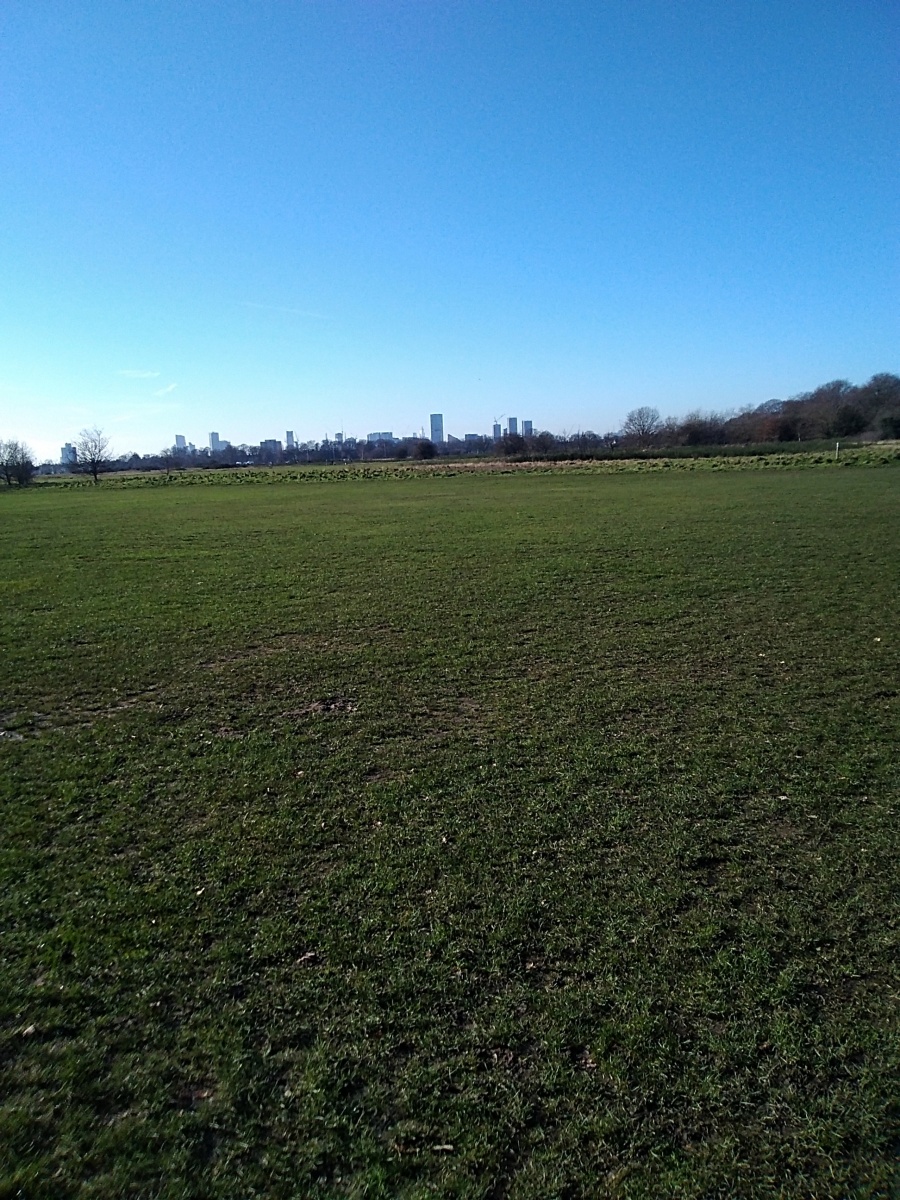 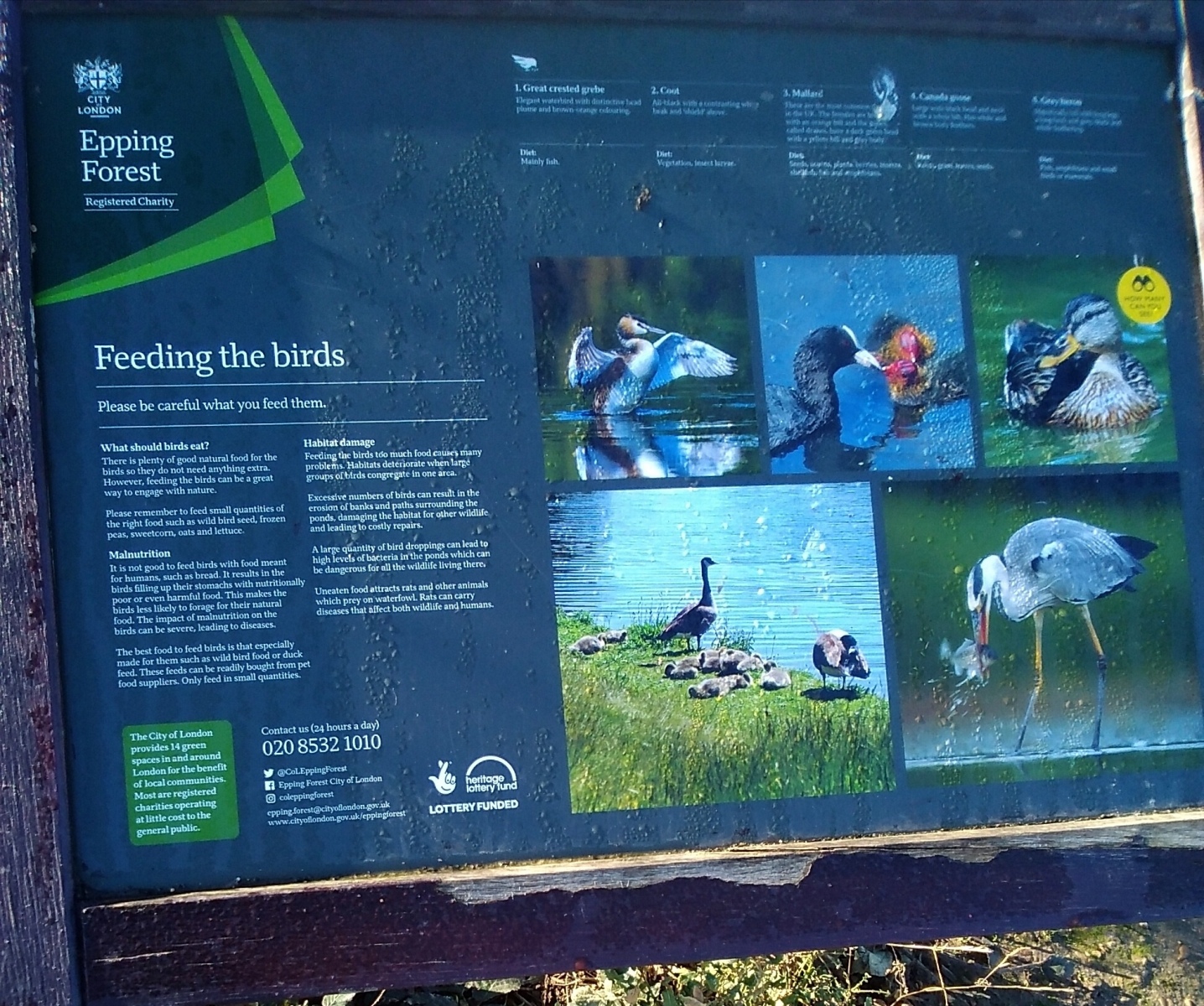 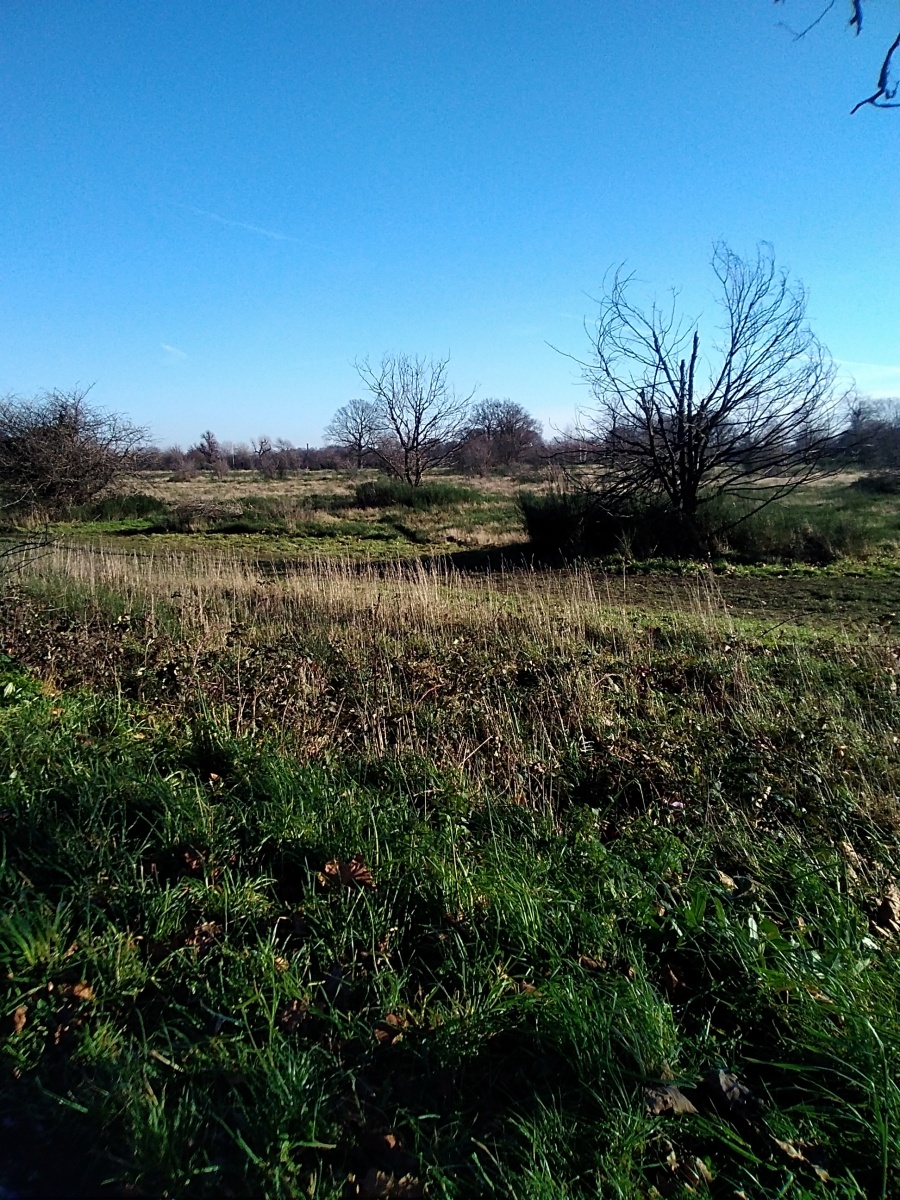 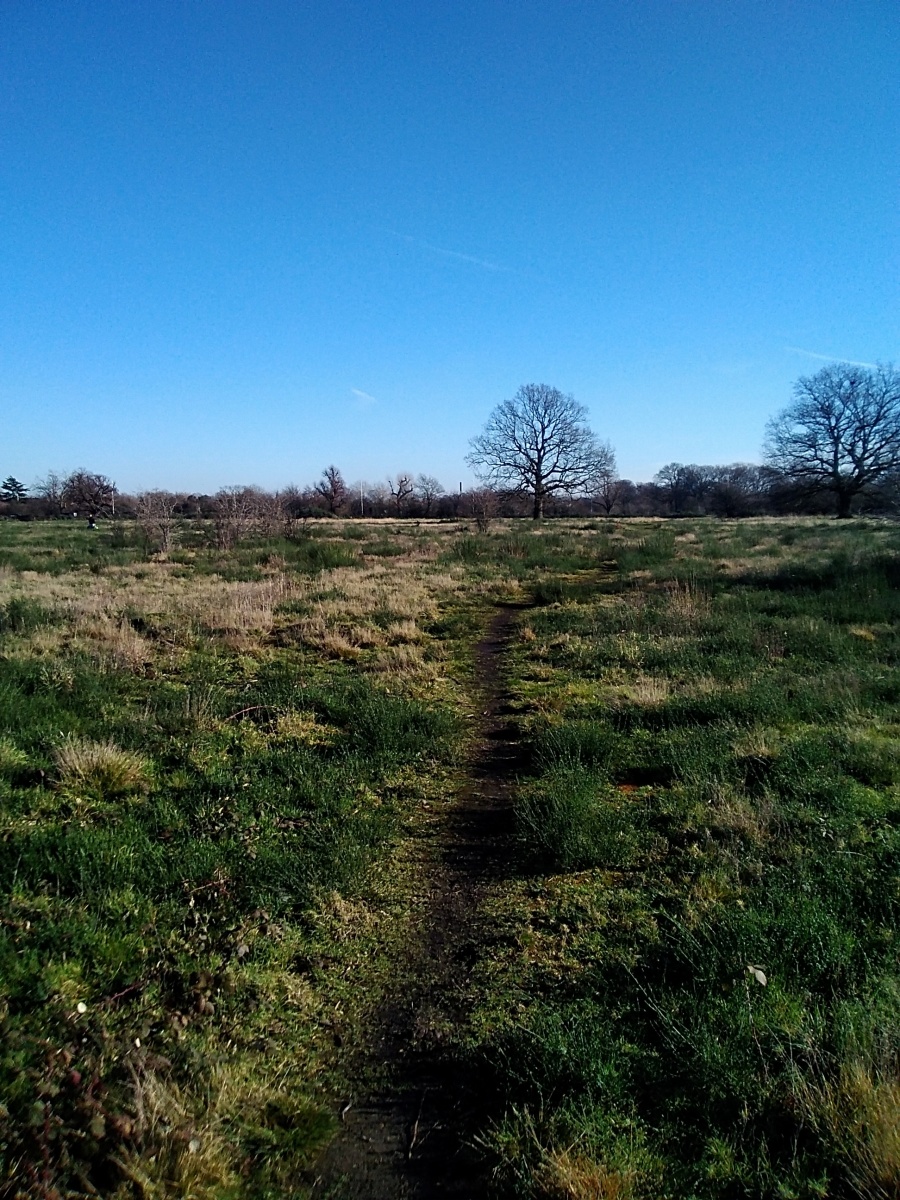 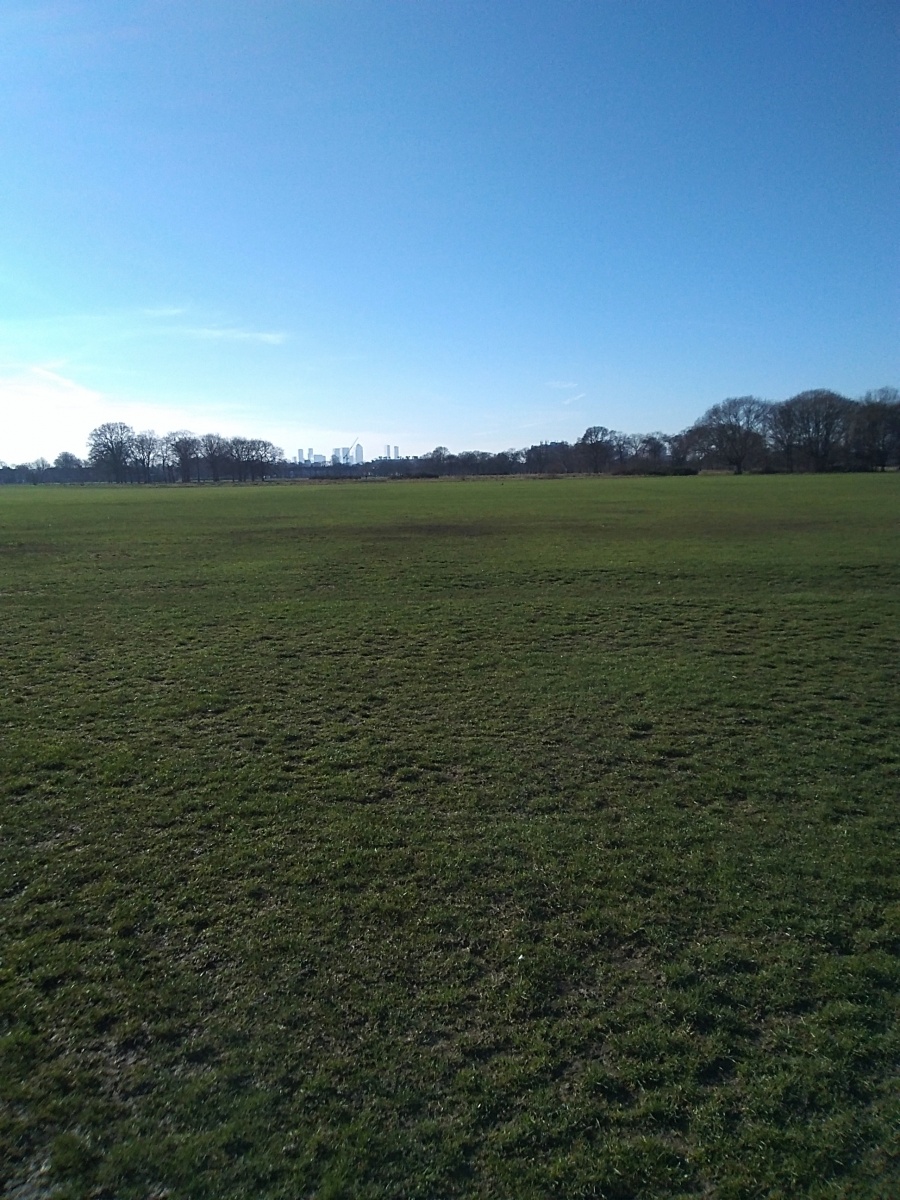 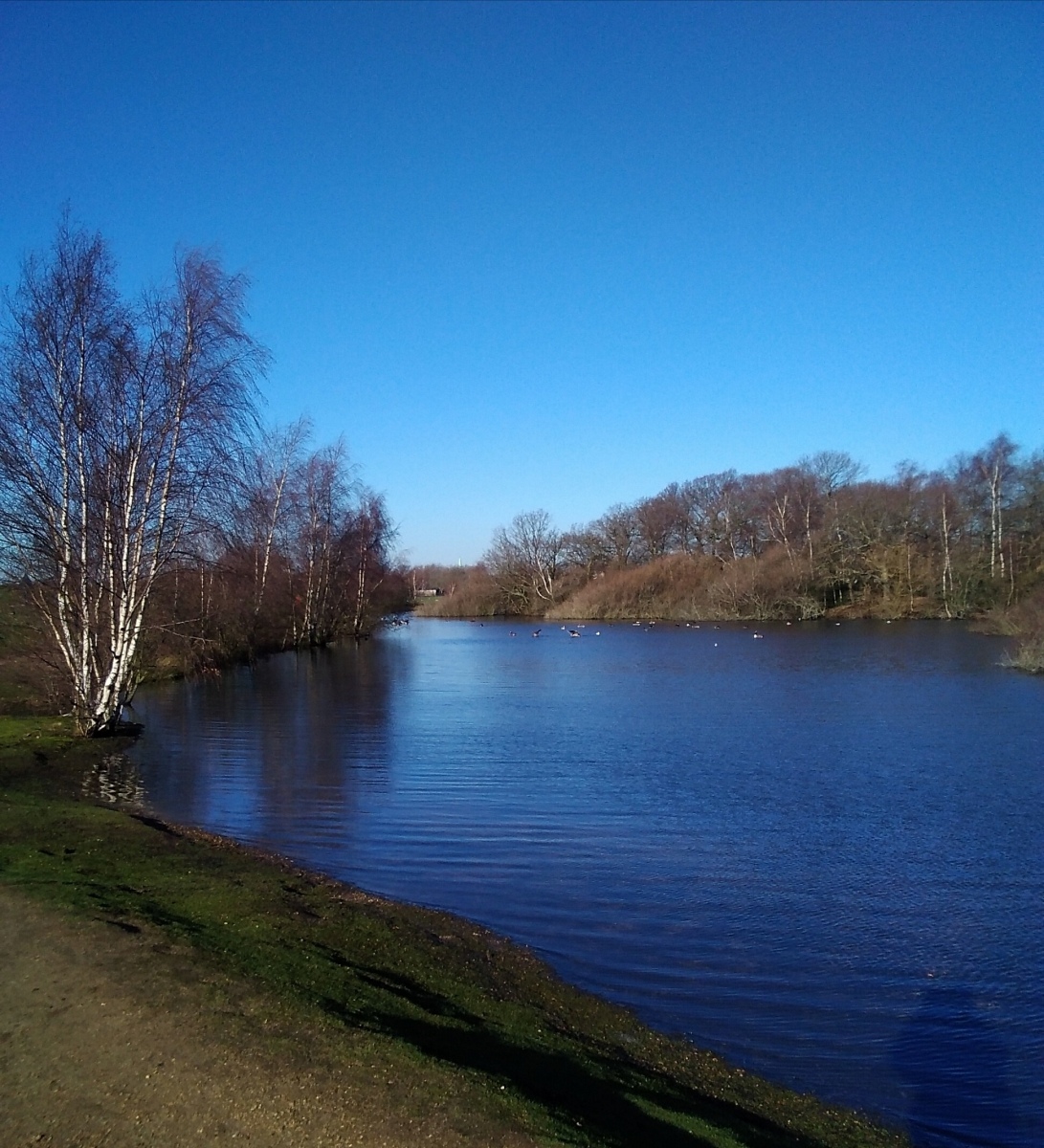 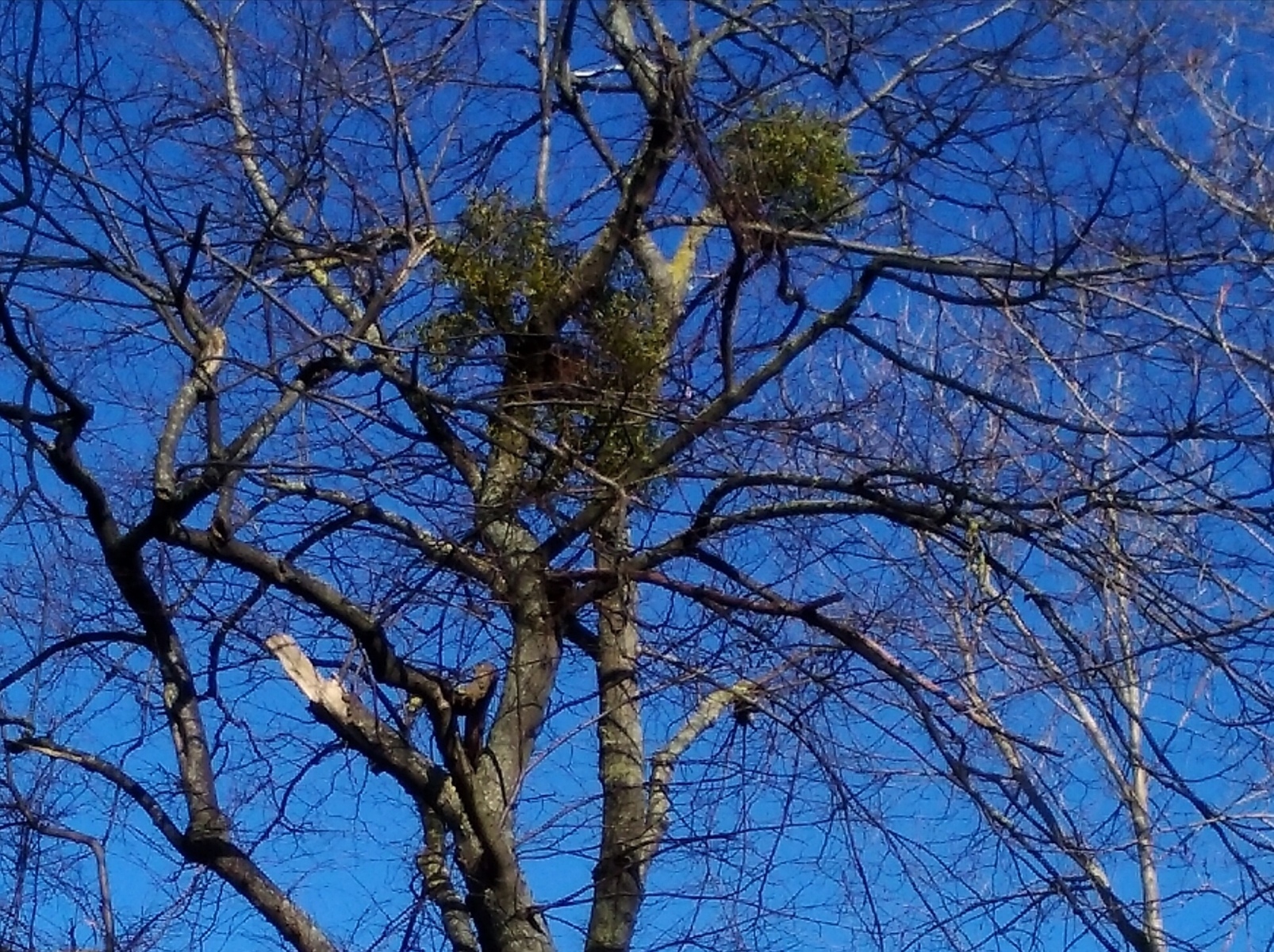 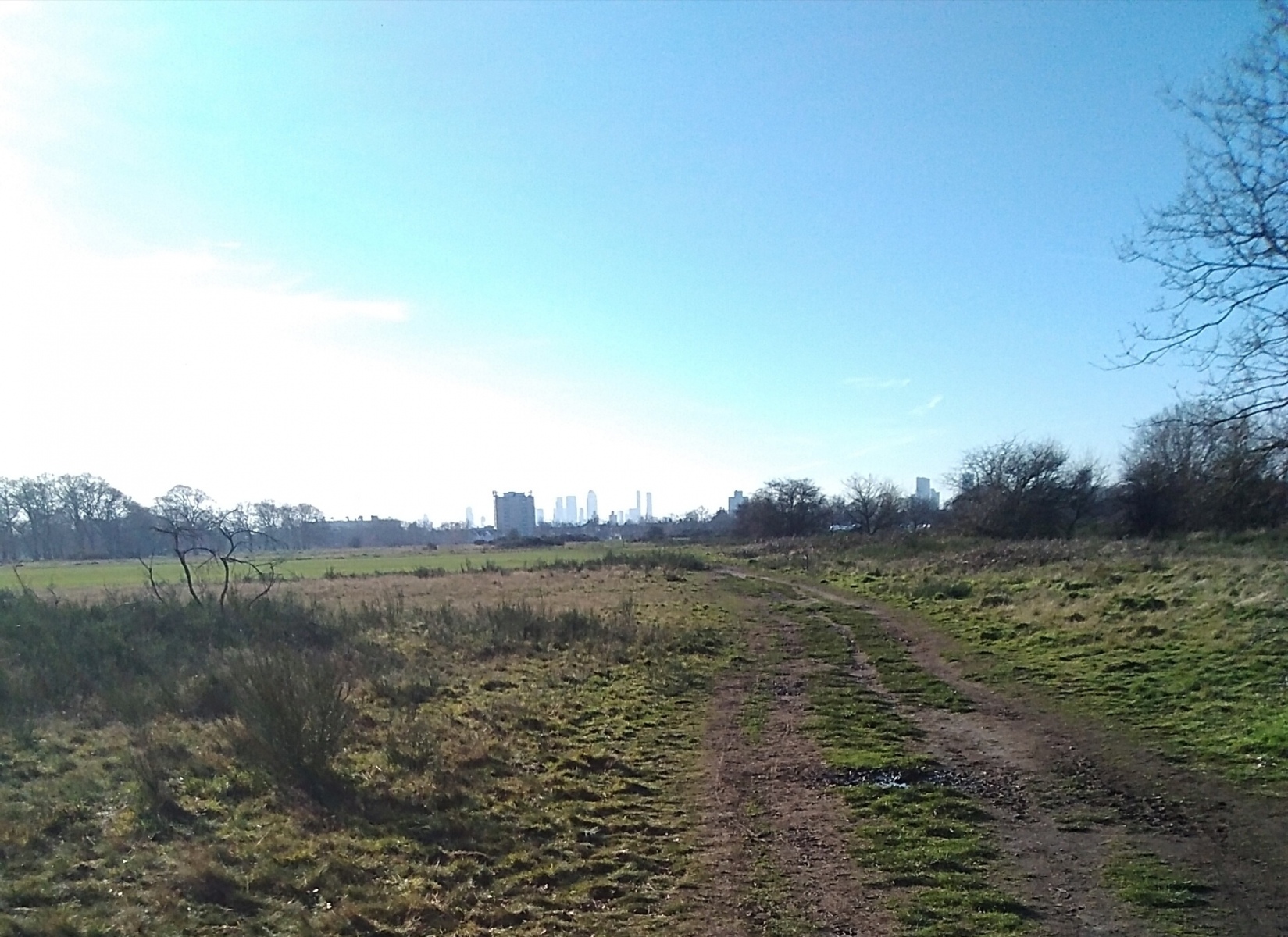 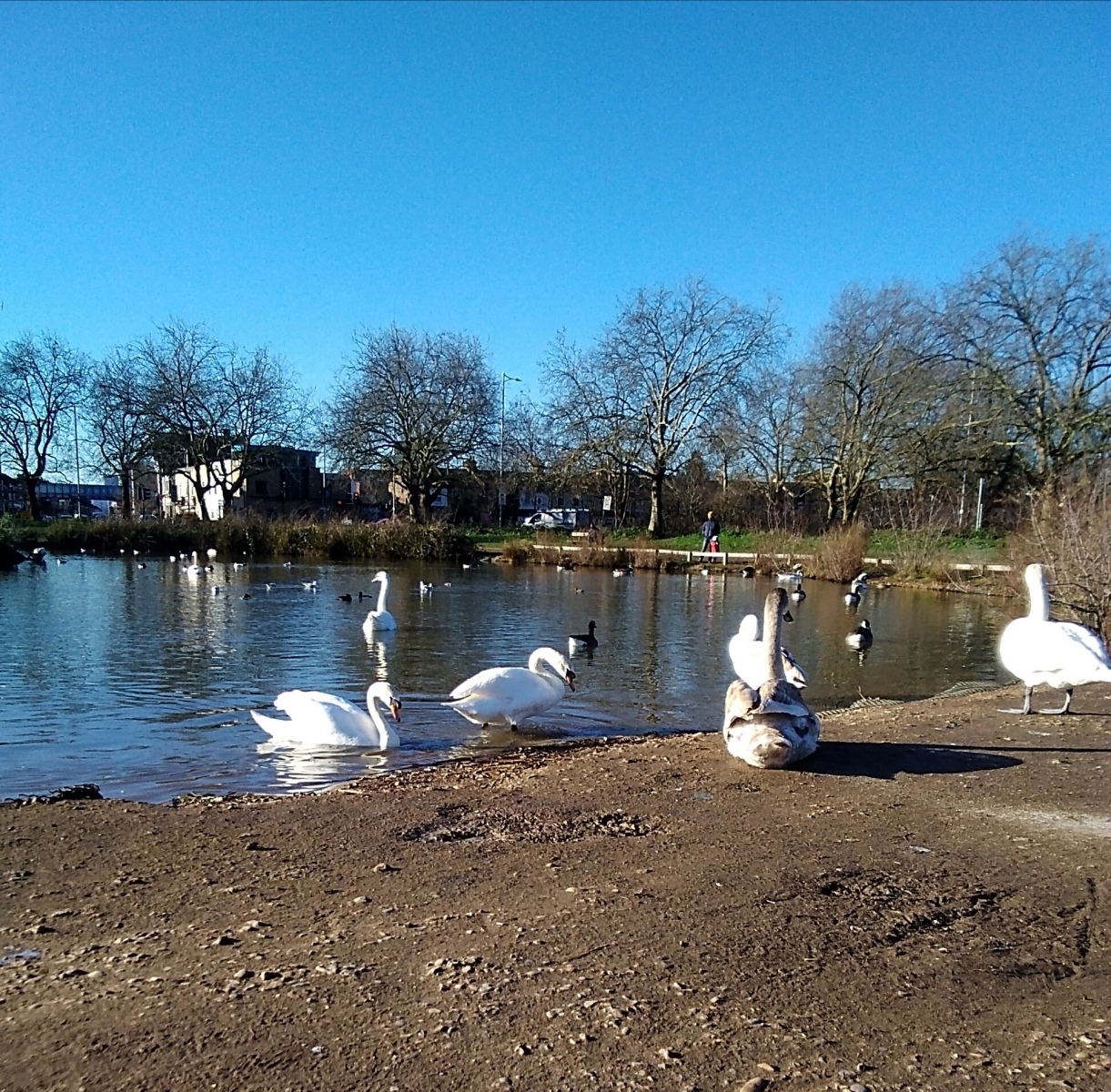 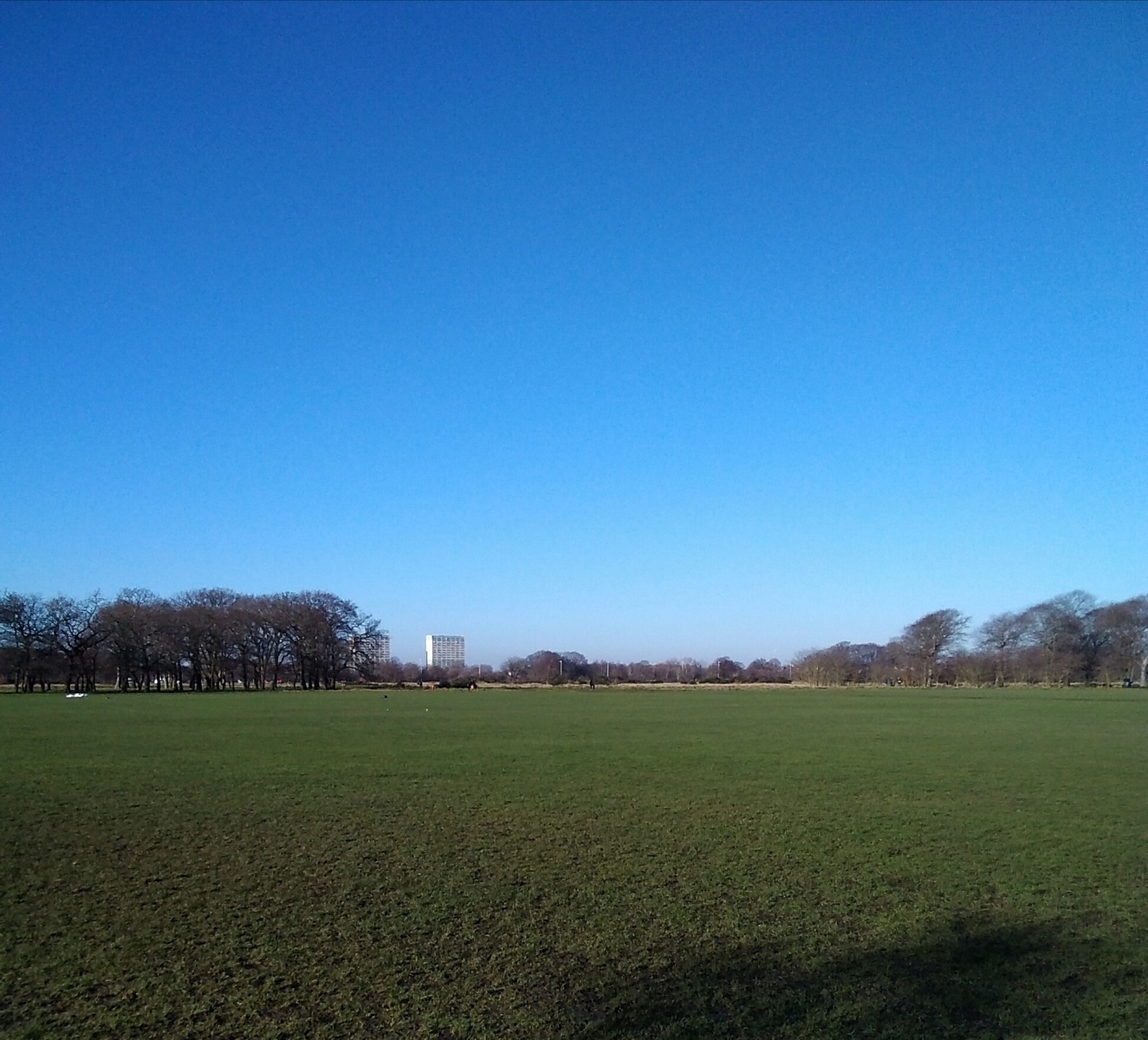