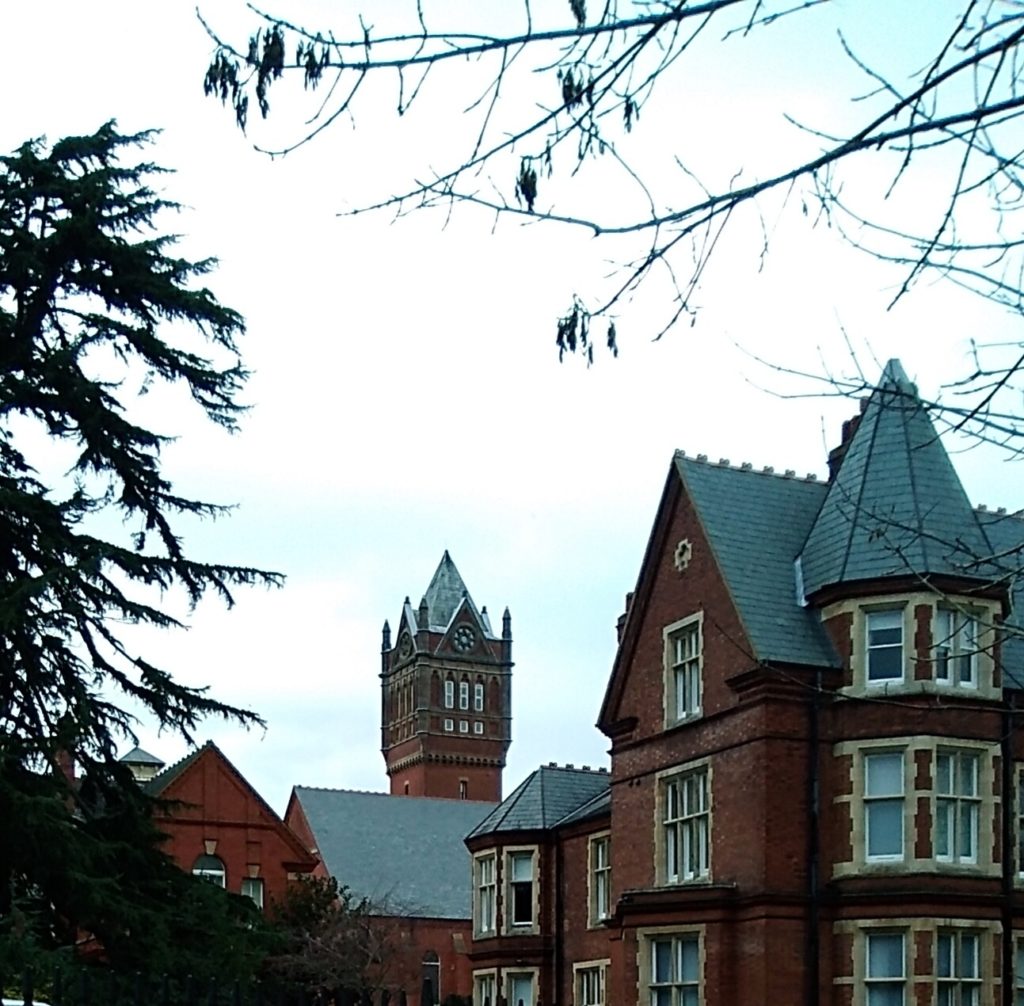 This is another walk slightly outside of the forest district, but one i am including here because it does have a lot of interest and many similarities to the forest in the wildlife and plant species found growing in it’s woodlands, heaths and grasslands which are very much like those we see in the forest. In fact from an ecological point of view it could really be seen as an extension of it’s now not too close neighbour Hainault Forest in the complex species that it supports. This would be of little surprise really, considering that some of the ancient woodlands here are actually remnants of the original Hainault Forest. 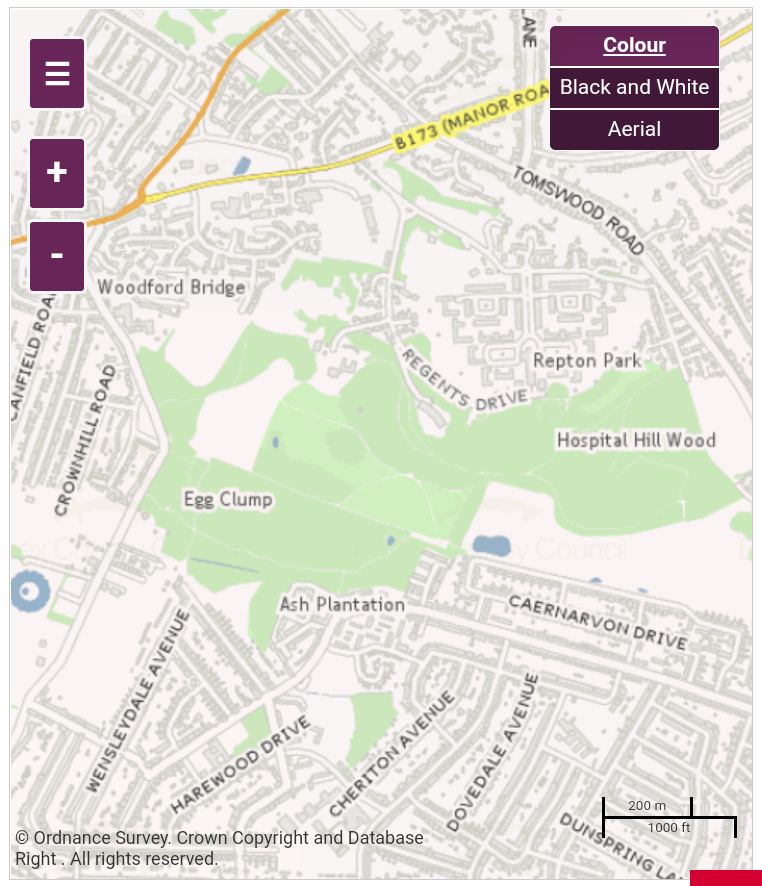 Most well recognised for it’s red brick Victorian water tower which can be seen for miles across the rooftops, Claybury Park is an interesting location not just for it’s background as a former Asylum. Ecologically this is a very interesting site with some unusual flora and fauna. It also has a much more ancient history with Roman roads crossing the edge of the park which are now buried below the ground. The park is situated on a hill which gives incredible views over the City. Today the old hospital has been transformed into an exclusive estate of luxury apartments & the public grounds now form a park managed by Redbridge. This is quite a busy open space but it’s impressive scale gives a feeling of being in a large Country park.
The park itself sits on a spur of high ground in Woodford Bridge over 50 metres above sea level, immediately East of the river Roding and the M11 motorway. The site once formed the grounds of Claybury Hall which was originally built in the Middle Ages before being rebuilt later. In the late 18th century a hospital for the mentally insane was built here by George Thomas Hine, an English architect responsible for the building of many other great hospitals at the time. Most people will be familiar with the estates past as a Victorian asylum.
In it’s heyday Claybury Hospital was internationally renowned as one of the finest institutions of it’s kind which was home to well over two thousand inpatients. The Doctors here paved the way to a change in attitudes toward mental health treatment, with their ethos that the mentally unwell should be allowed to be treated in the community as outpatients without the subsequent loss of their liberty. The hospital continued operating a mental health service until 1997 when the estate was sold for development. Part of the agreement for that development was that the parkland to the South of the estate would be handed to Redbridge Council as an open space for the public.
Records from the 12th century show the land was held by Barking Abbey and was granted to Richard de la Claie for life before later becoming a farmstead, after which it then changed hands a number of times over the intervening centuries. The once landscaped gardens created by Sir Humphrey Repton for Claybury Hall now give the exclusive estate on the private section of the grounds it’s current name of Repton Park.
Some of the original ancient woodland and the newer plantations in the grounds planted by Repton still survive & contain a wide variety of tree species including an unusually large number of Wild Service tree (Chequers) which are now quite rare and are a reliable indicator of ancient woodland. The Gothic water tower cuts an imposing figure looming above the trees on Claybury hill and can be seen from a number of points along Woodford Green High Road and North Circular Road, among other places. It is also visible from the summit of West Essex Golf Course.
Further reading on the history of the estate can be found below from research by the London Gardens Trust:
https://londongardenstrust.org/conservation/inventory/site-record/?ID=RED008a
Once inside the park, the large buildings from the Victorian estate soon disappear behind the trees. The grounds of the park are quite large & surprisingly diverse in habitat with a good mixture of ancient woodland and open grassy plains and scrubland which has been sensitively managed and is similar in appearance to parts of both Epping and Hainault forests. The park itself provides many vantage points South overlooking the City and also to the West & it is possible to see as far as Kent on a clear day. On the Western edge of the grounds below the boundary railings alongside Roding Lane North is a Roman road which was part of the old road from Dunmow to London. This was the same road that also ran through Abridge and Hobbs Cross. A notice marking the Roman road is on the entrance gate opposite St Judes Court.
I have not included a walking map for the simple reason that there are so many tracks and pathways throughout the grounds to be explored that the possibilities are endless. There are a number of access points along Roding lane North. In spring the ancient woodland to the West of the water tower (Claybury Wood) is a good place to view bluebells & Wood Anemones and it also has a very large number of rare Broad Leaved Helleborine Orchids. The open grasslands are an incredibly rich habitat which have a wide variety of grasses and scarce insects, some of which are found nowhere else in London. The warning tapes still on several of the mature Oak trees are a clear sign that not all of these insects were welcome visitors this year, as it appears that the park was quite badly effected by Oak Processionary Moth caterpillars earlier in the summer.
I made my visit on a cloudy November day but this is definitely somewhere i will return to in spring to take full advantage of the fantastic views from the hills on the high grounds, the Southern slopes give the best vantage points. The one noteable detail that i found caught my attention from the moment i entered and throughout the park was the distinct lack of litter. This seems to be a very well liked and respected open space which it’s visitors appear to take great pride in taking care of, and does make a thoroughly pleasant walk. In the wooded area to the West of the Repton Park estate the best time to see the Bluebells and Wood Anemone is from late April & the Broad Leaved Hellebourine Orchids start flowering from around mid July onwards 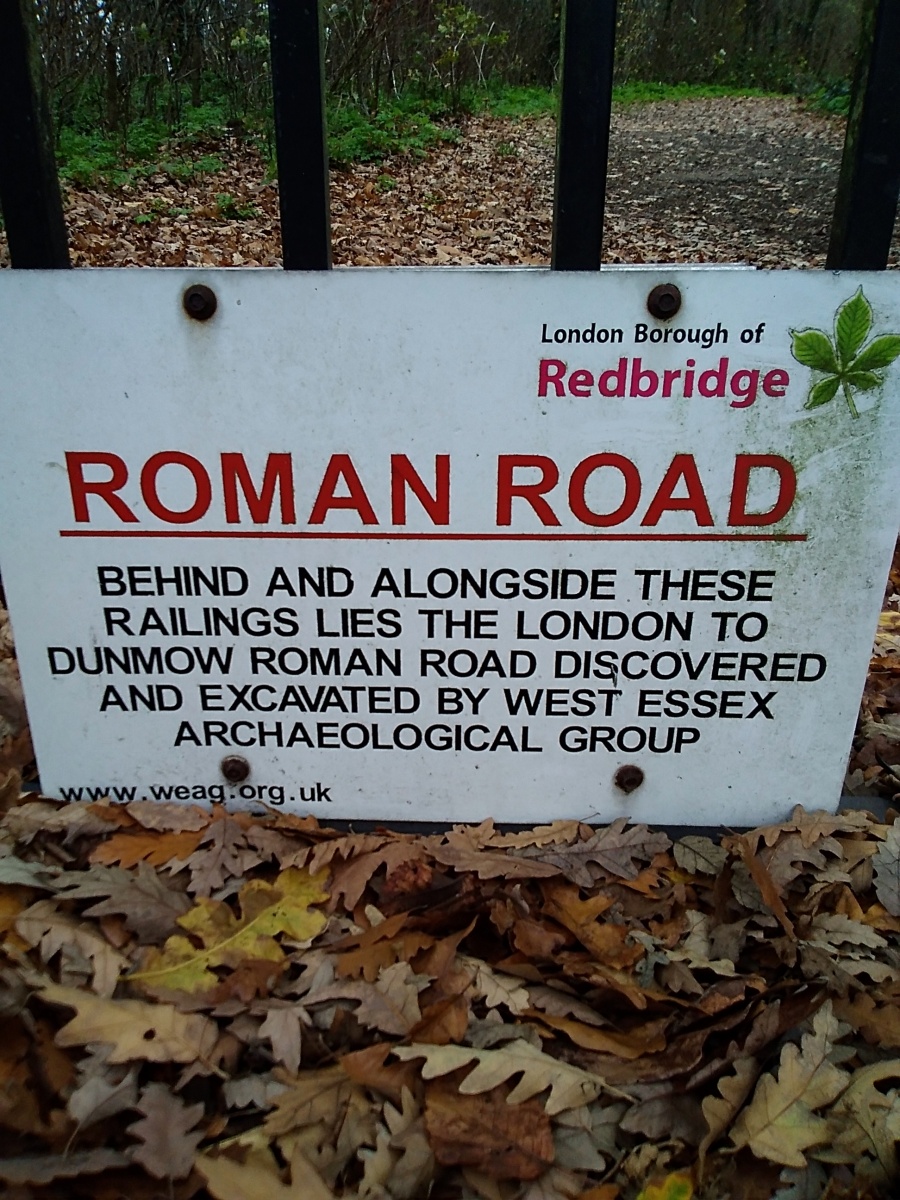 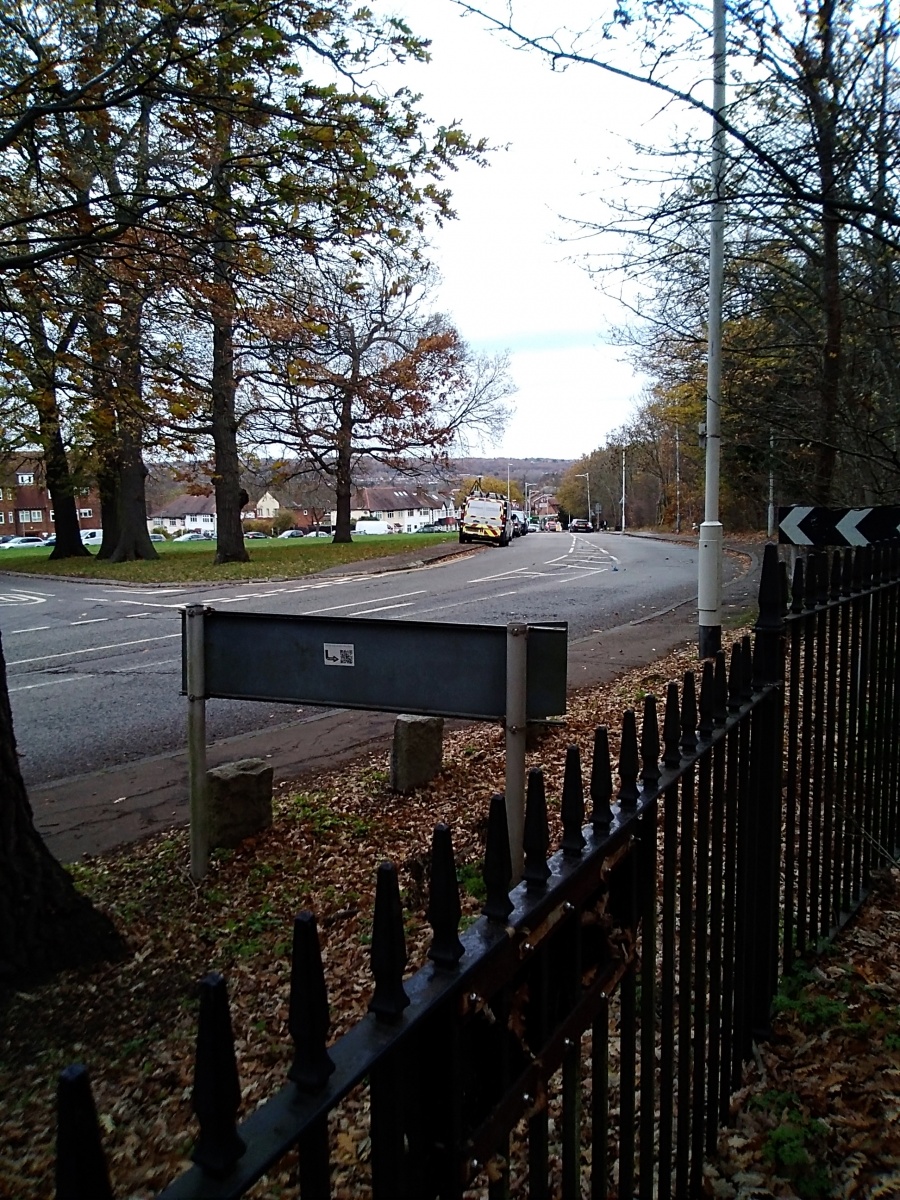 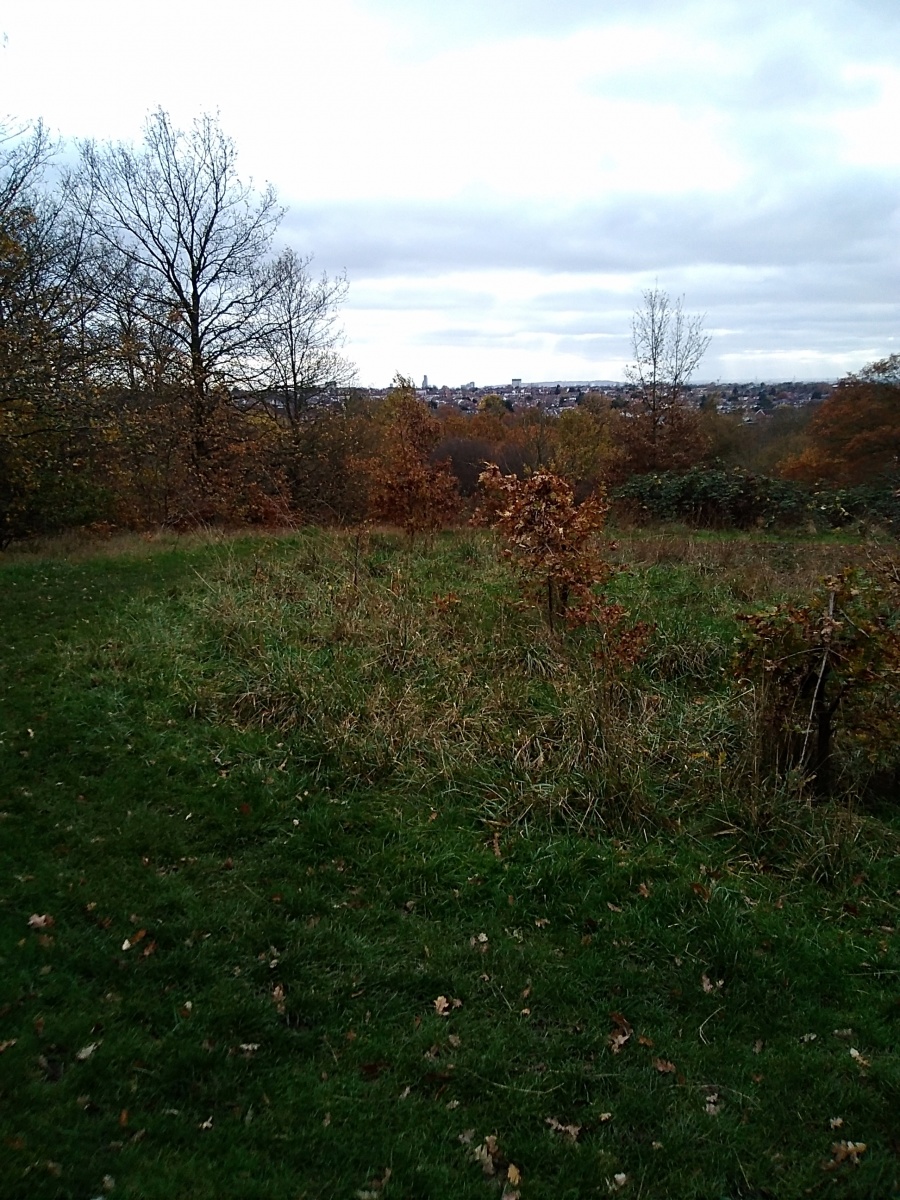 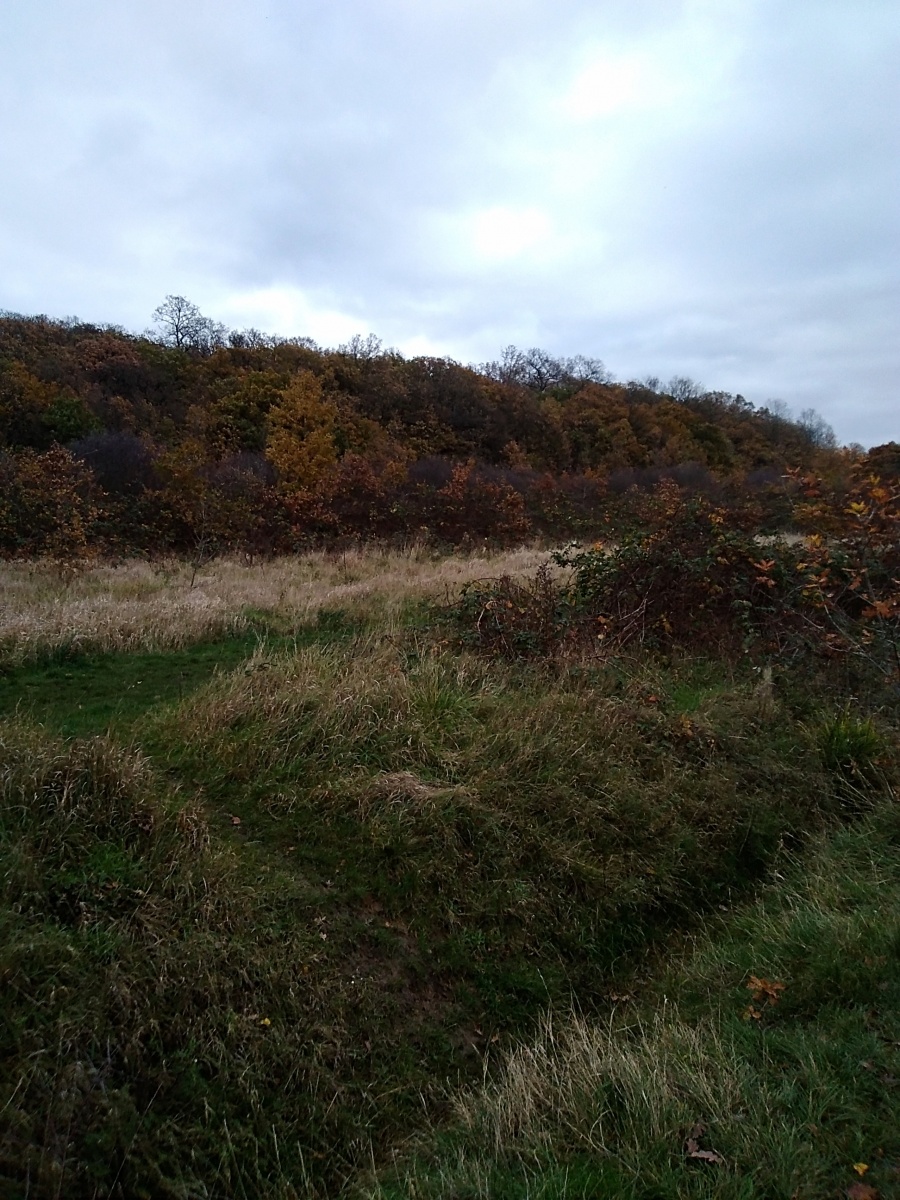 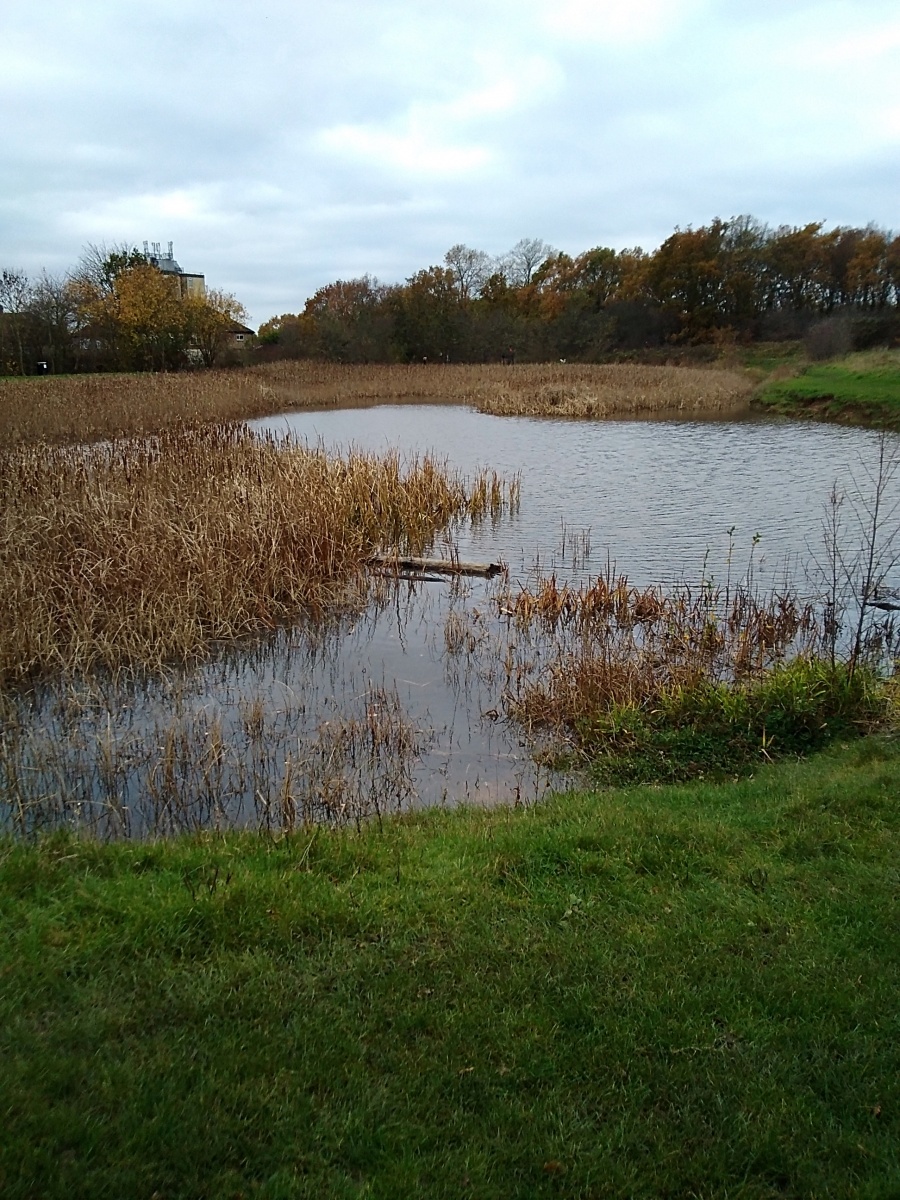 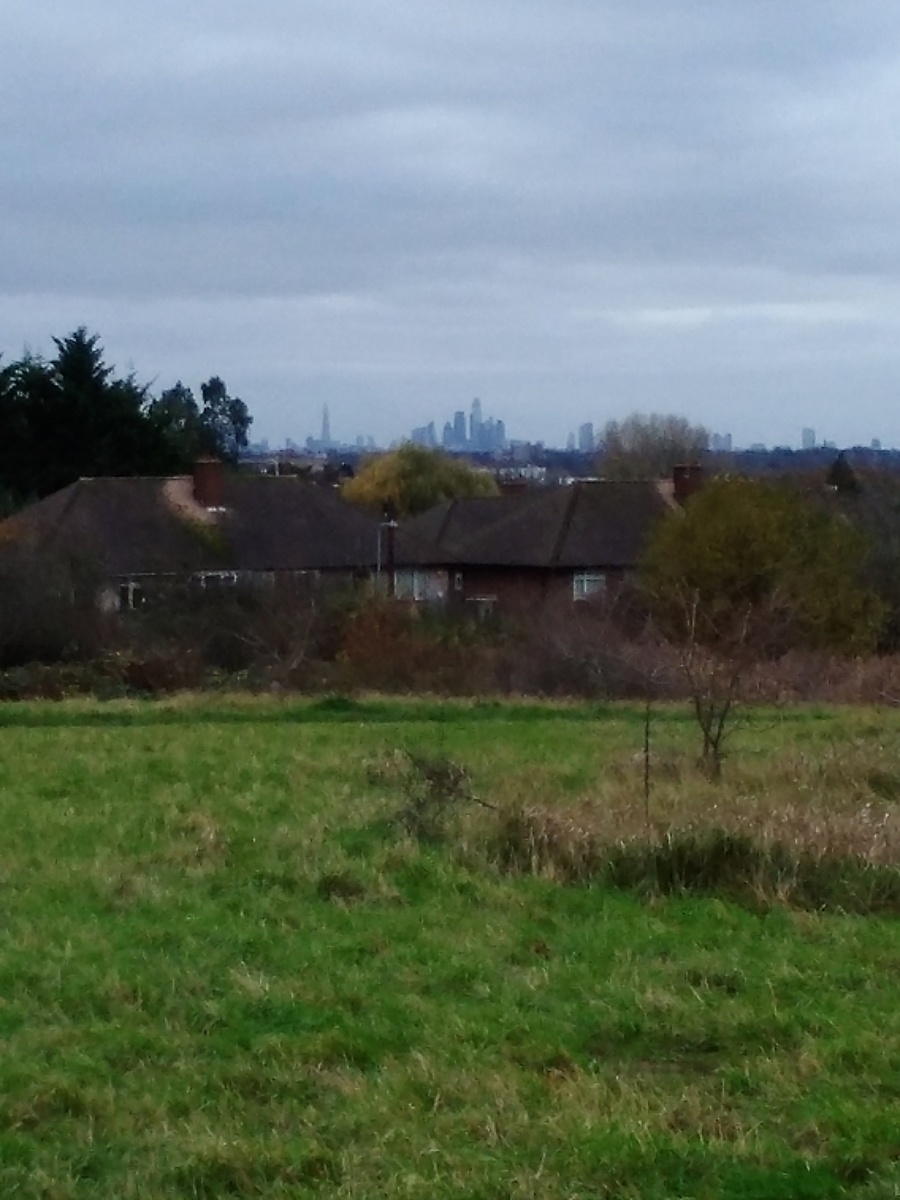 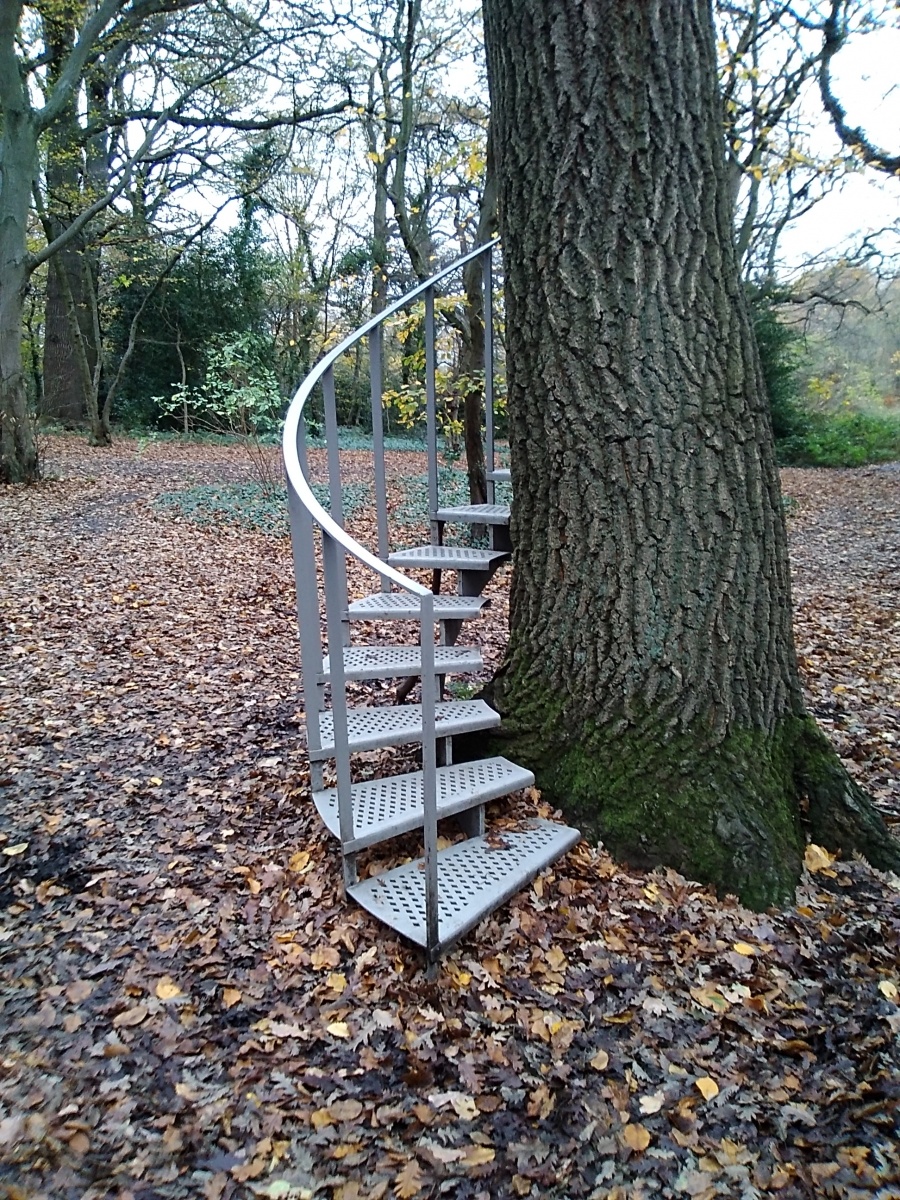 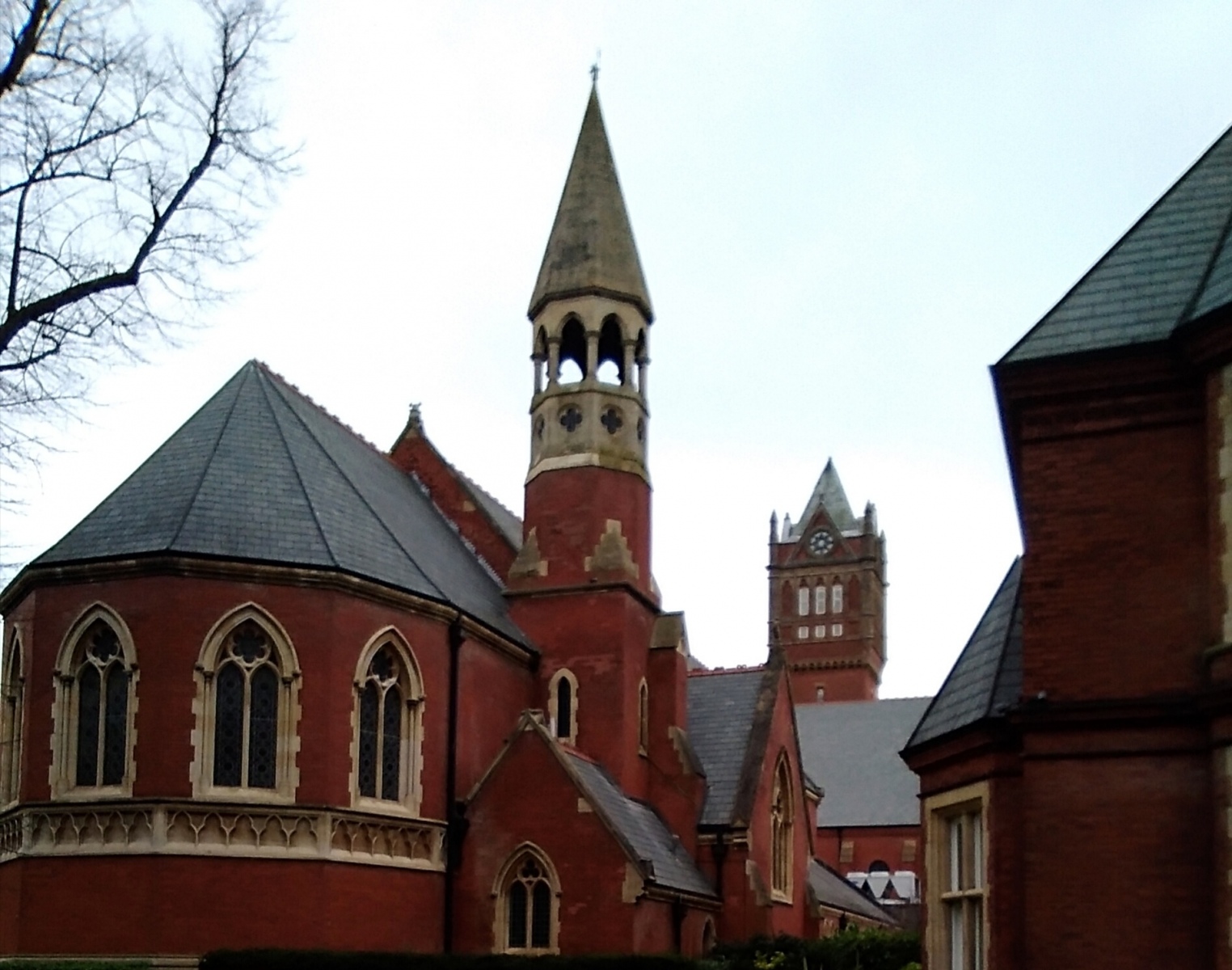 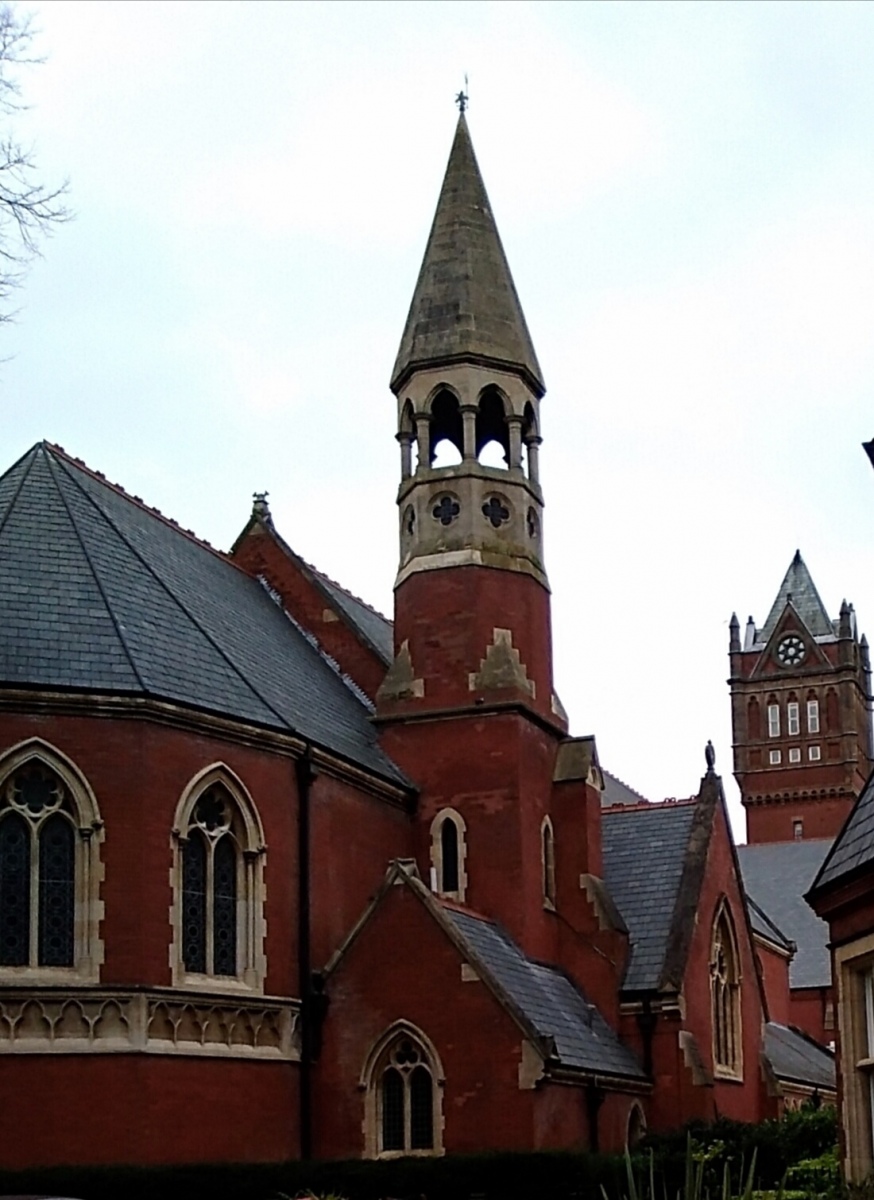 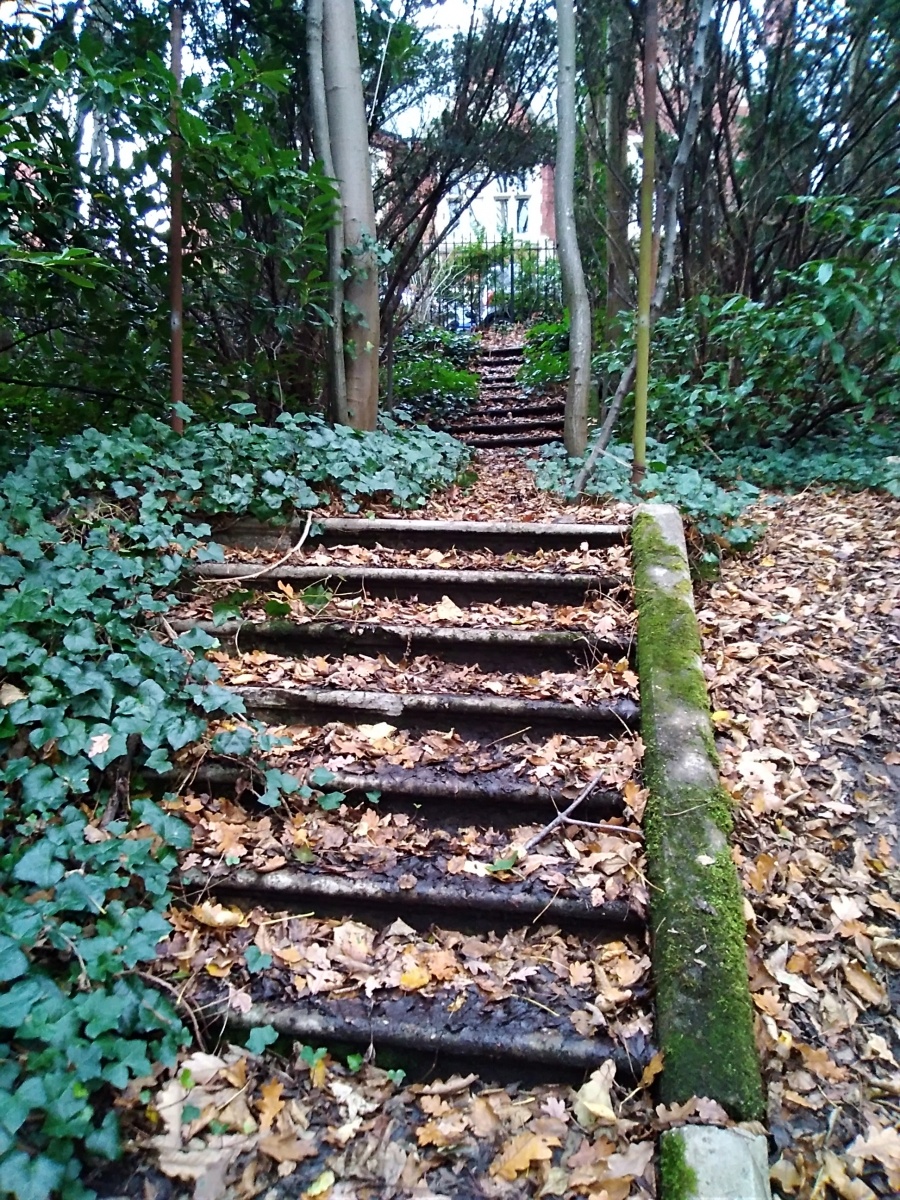 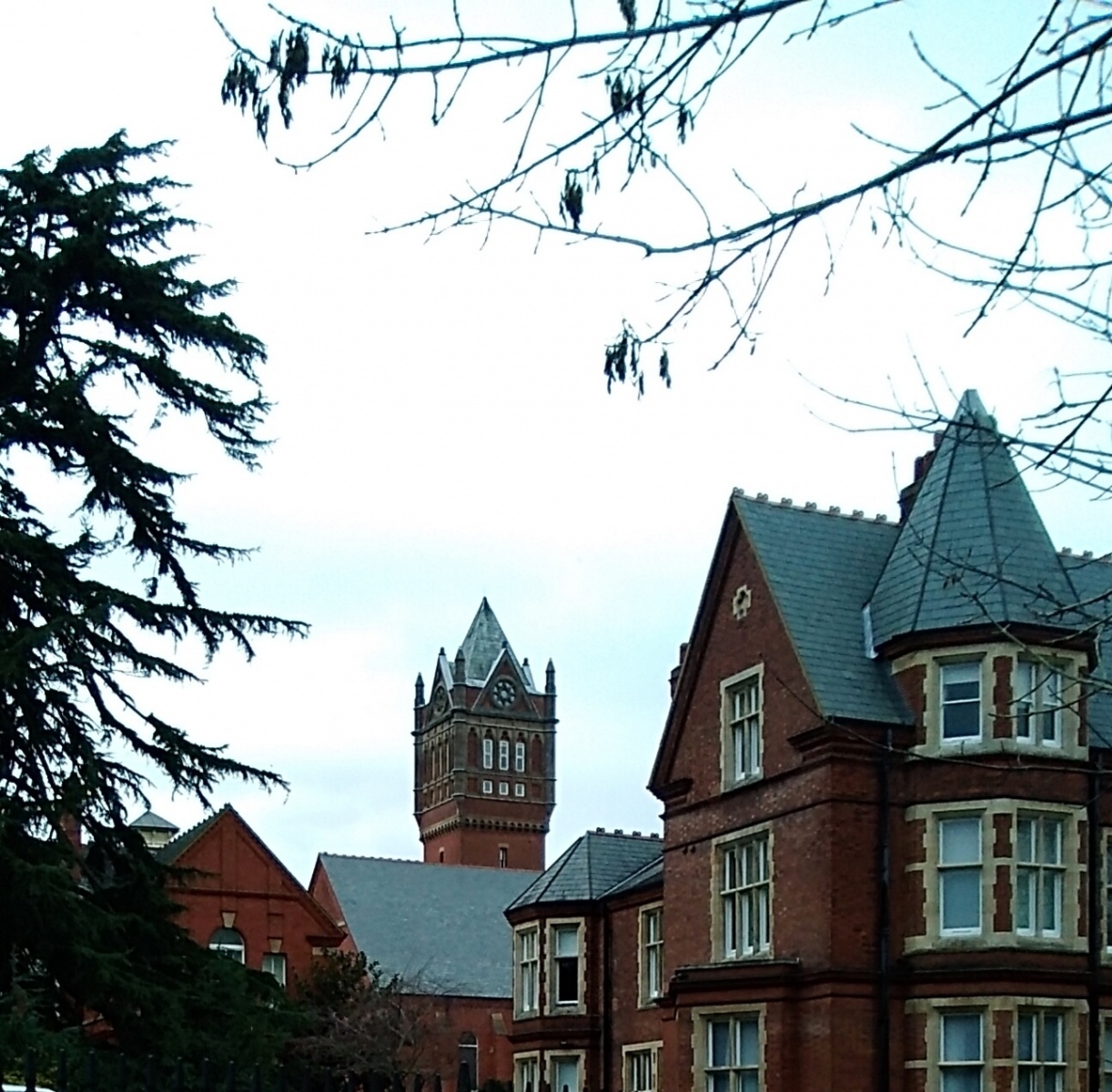 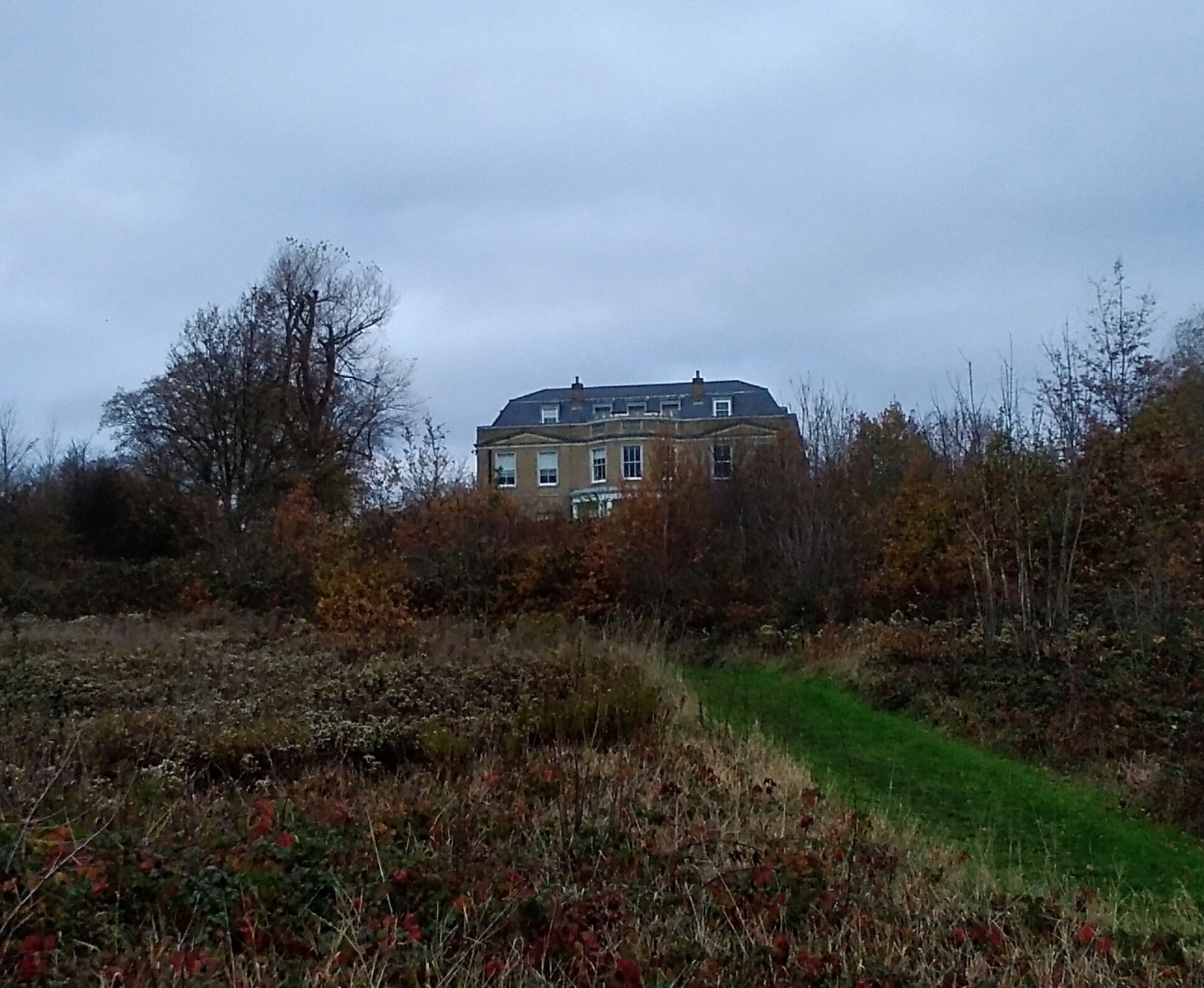 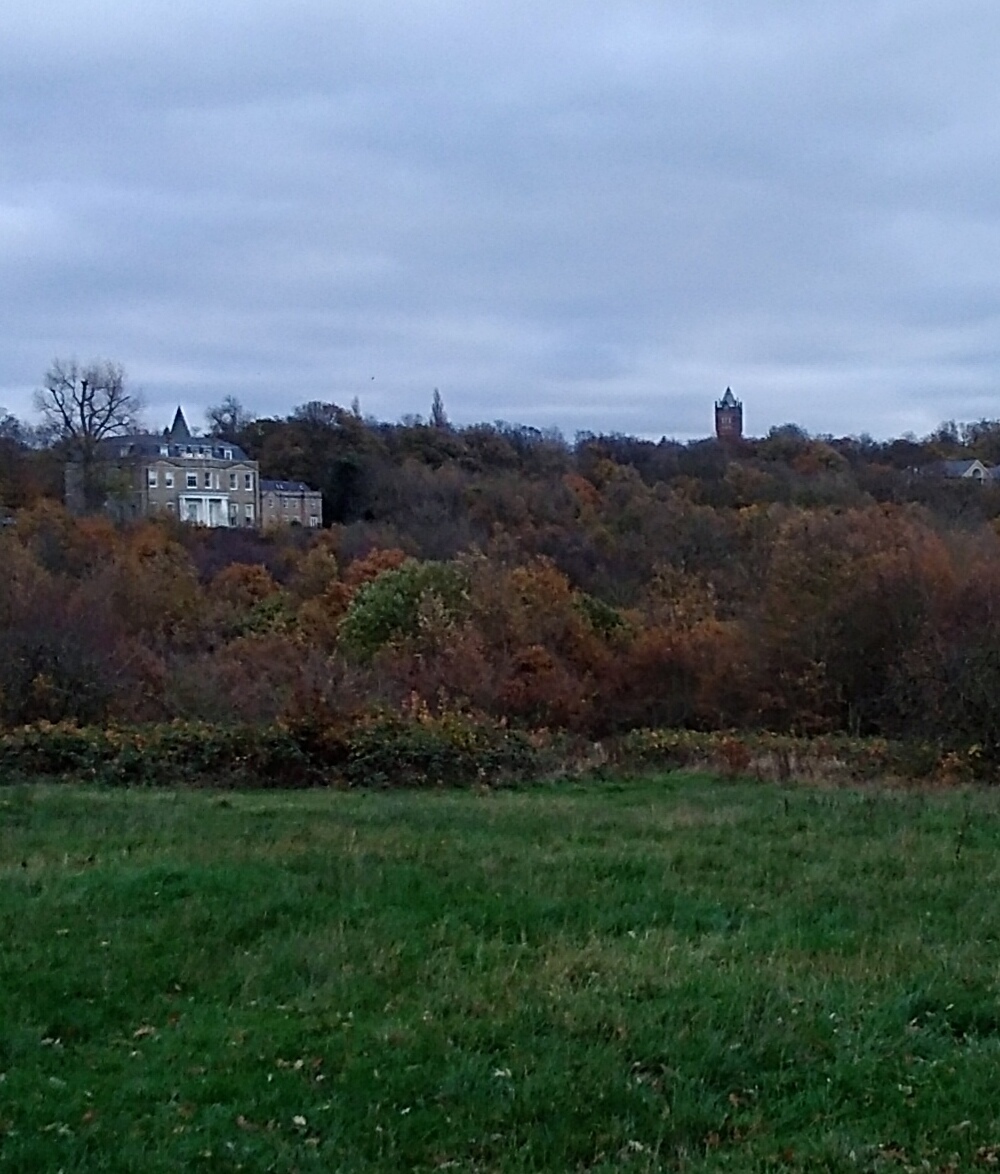