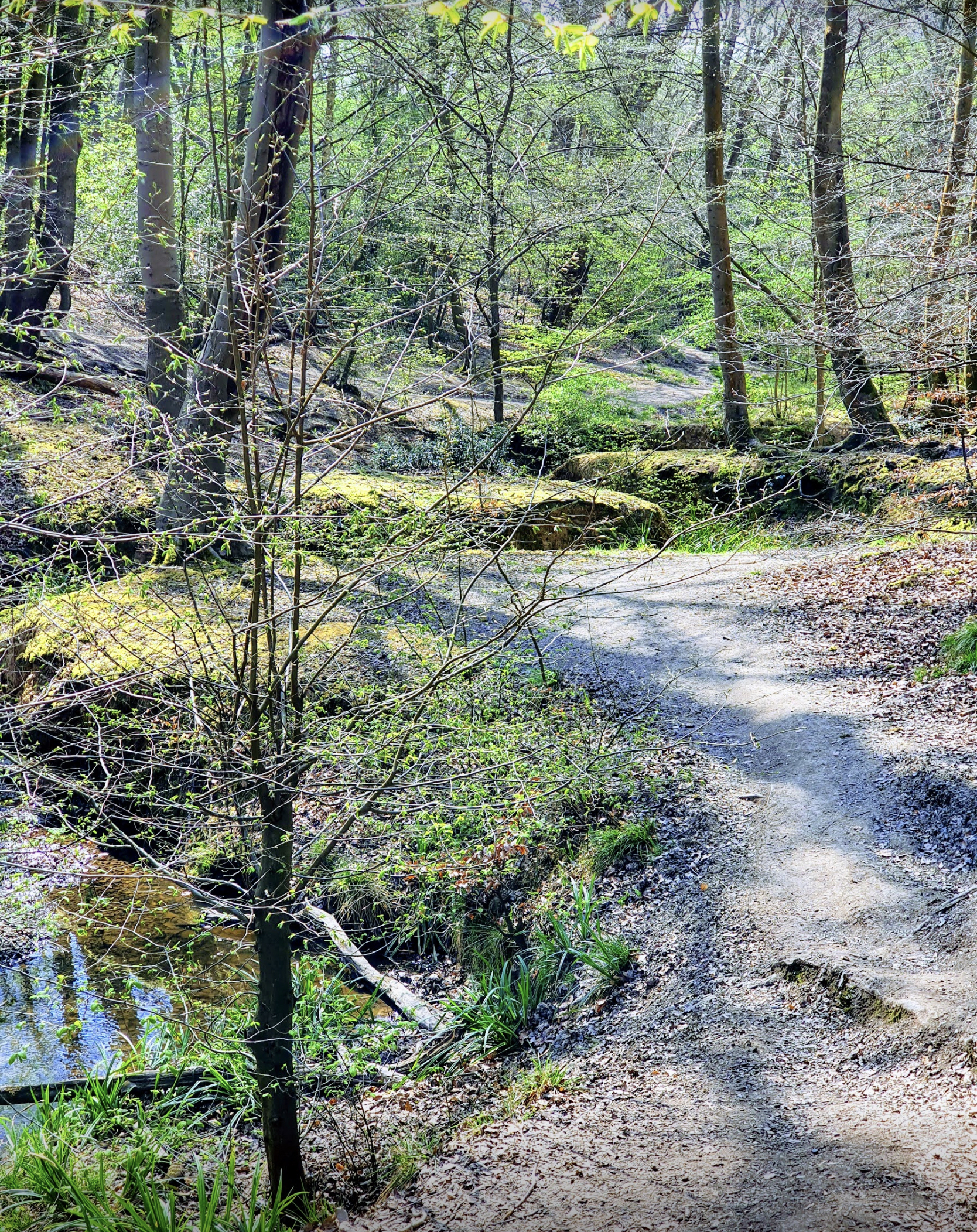 One of the prettiest walks in the forest has to be from Staples Road pond up to Baldwins Hill pond along a meandering stream called Loughton Brook.

This is one of the sections of forest where cycling and horse riding is strictly prohibited.

It may well appear at first view just a little winding stream but it is far more significant geographically than that. It is a perfect miniature example of a meandering river system. The study of river systems is important because as well as being able to understand the development of natural land features that can help with flood predictions and defences it also enables us to understand where mineral deposits can be found. What has gone on in the past can help us to understand what will happen in the future geographically.

When studying river systems and their behaviour and land formation it is usually undertaken and viewed from a large scale which is hard to visually survey and record, Loughton Brook is unusual insofar as it behaves like a big river system in a very small scale location that is easy to survey and record. A perfect miniature example. It’s not just guess work within all this as rivers tend to behave in a very similar fashion that can be accurately calculated, there is a direct correlation between width and depths that follow through meandering rivers however large or small. This behaviour prediction ability means that big civil engineering projects for example can be calculated accurately. If your planning on building a bridge over a river with curves in it as most rivers have then your going to need to know the extent of the potential flood plain to work out the span of the bridge or locations for development and so on.

Small changes in a river system such as bank damage can significantly affect the downstream behavioural patterns from artificial damage such as cycling and making dams down to burrowing animals who can open up a small point that is exploited and eroded. The natural influences are what is important in the development and study of the Brook rather than human interference which is why there are rules on riding and cycling. 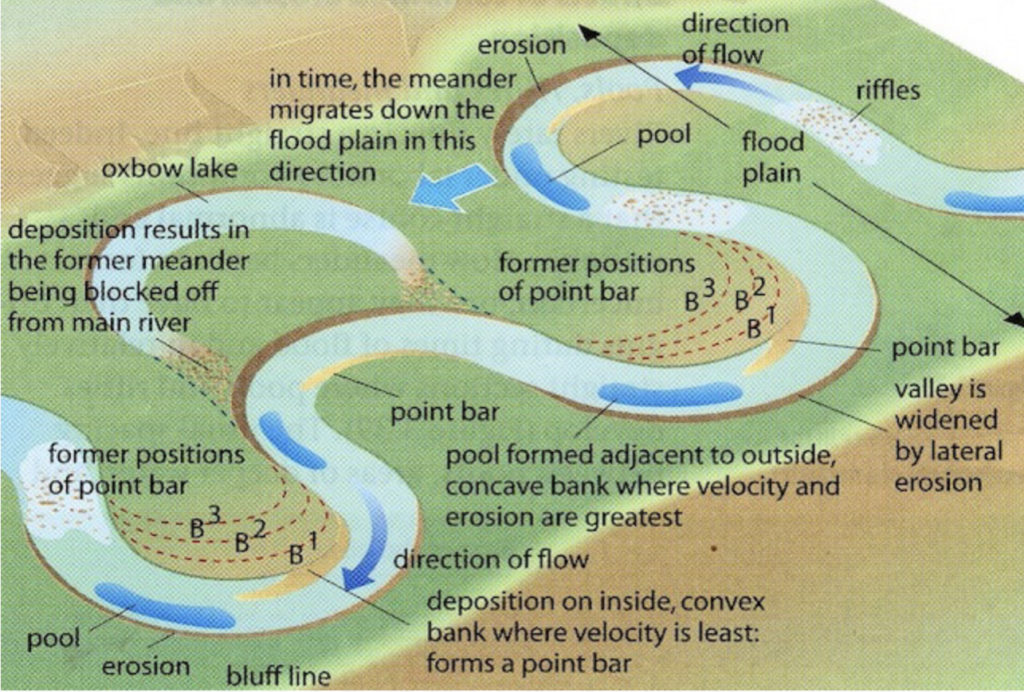 The easily identifiable features all along the Brook are the river cliffs and bluffs but also if you look carefully along the banks you can see the dried out remnants of ox bow lakes which were previous courses of the rivers meandering.

Between Woodbury Hollow or Drummers maid the river has cut itself straight and you can see between here and the junction where Kates Cellar stream joins the Brook the remnants of dried out ox bow lakes quite far from the current course of the stream which indicates the extent of the streams previous meanderings.

The Brook actually starts its journey up by the Epping New road and Wake Valley pond. Wake Valley is naturally spring fed. You can follow the small tributary ditches through Great Monkswood and see them gradually become a stream that cuts deep into the soft earth, as it wanders past the high ground leading up to the Lost pond in Bellringers hollow the river slows into Baldwins hill pond, a man made damn here that creates the pond disguises the deep cut the stream has made here. Baldwins hill dam is not structurally stable and will see some major repair works in the near future. The pond has silted up somewhat over the recent years partially to reduce the stored water levels and reduce the pressure on the dam. This silting has created a fantastic woodland bog environment at the northern end of the pond and is quite a special habitat in its own right.

The water outlet of the pond drops around 6 meters to the stream below and this is for most the walk between here and Staples Road flood relief pond that is the pretty route to follow, personally I like to start right up at Wake Valley but that is a much longer walk.

Going past the Staples Road dam the Brook quickly becomes hidden behind houses and Gardens as it travels on under the High Road and out along Brook Road (an imaginative name!) past Roding Valley High School and then on past Valley Hill into the Roding towards the River Thames. Apart from a few points in Loughton you can walk this little stream from spring to river and see the gradual development along its way with the added benefit of spending most of that walk in the beautiful surroundings of the Forest.

I would like to give thanks and credit to eyesuphigh.co.uk for this incredible footage and a birds eye view of the Brook.