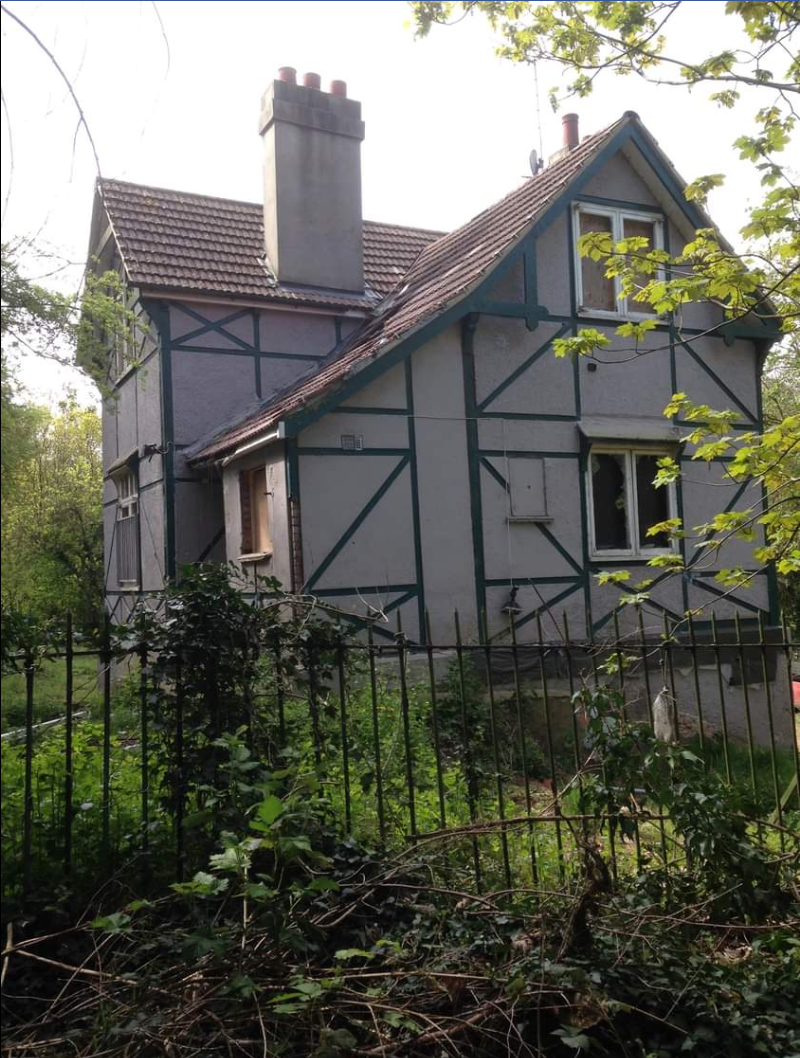 People often stumble accidentally on a derelict house in the woods at Chingford Hatch by following a rough track through the forest called Newgate Street, at the end of Chingdale Avenue near the Friday Hill roubdabout. It can also be found by exploring smaller tracks off of the main pathway along the River Ching going from Chingford Hatch to Whitehall Road.

I’m including the story of Forest Cottage not as a walk, but because the topic often comes up and the house does have an interesting history. What I pieced together is not so much from historic research but from the memories of local people who remember the house and it’s occupants, and who lived in & around the location from as far back as the 1950s, 60s and 70s. As these are other people’s memories I can’t say how factually accurate they are but it is mostly centred on one family in particular who seem to have been long term owners/tenants & should give an insight of the history. The one thing that stands out more than anything from the stories I have read is that at one time Forest Cottage was a much loved family home which many people from the Chingford Hatch area have very fond childhood memories of, particularly where one family are concerned who were clearly highly regarded by local residents. I hope in this article can bring the house back to life mementarily and do those memories some justice as they almost make the current state of the house feel even more sad.

The grounds the house stands in is private land & in some form or other there is believed to have been a dwelling there for well over 100 years. The surrounding area was once known as Manor Farm, which may be connected (Manor farm drive exists now). Originally the house had a dairy in the basement which had an open fire. There were 2 small cottages next door to it on the bank of the river Ching. One person remembers a lady in the 1950s living in one of those cottages (Ivy Cottage) who sold lollies & drinks to local children. These cottages were wooden and built on mud with no foundations & often got flooded when the Ching burst it’s banks after heavy downpours.

After being farmland for many years the land was acquired by the water board in the late 1800s & around the grounds a water treatment works and filter beds were built, known locally as ‘The sewer farm’. The existing house is believed to have been built by the water company specifically to house workers at the sewer farm & their families. On old maps the filter beds belonging to the Western Sewage Company in Woodford can be seen to the north east of the house by the Ching heading toward Whitehall Road near the rear of what is now Newlands Close, Forest Cottage and the small footbridge leading to it are also visible on the old maps. Some evidence of unusual drainage tunnels and manholes I have found myself. The house was tied accommodation and if you took the job at the water treatment plant you took the house too. The most well remembered man who took that job (and the house) was Mr Moles (Moules) Snr, and his wife. It is said the house remained in the family for over 100 years but I cannot verify that.

There are memories from many local people who remember the family, some who’s parents were friends of the Moles & some who were at school with their children. There are lots of childhood memories of playing on the ‘Swing by the Ching’ near the house and mention of the ‘stepping stones’ which crossed the river & are believed to now be buried somewhere near Friday Hill roundabout. The area around the house certainly seems to have been a very popular place for local children to play.

There are other memories of children feeding the family chickens and goose through the fence when Mr Moles let them out of the coop in the mornings & of a pet dog called Rusty. One person shared a memory of her mum playing around the water works as a child and her friend falling into a filter bed and being fished out by Mr Moles and cleaned up. There are stories about the bedroom at the top of the house which overlooks the garden being haunted. Just along from the bridge was a bottle dump where some people remember finding old bottles as children, and just as you cross the small foot bridge to the left there is evidence of a Well in a small clearing by the river.

To the south of the grounds through an overgrown track in the woods behind Forest Cottage is a field which is private land and once belonged to Chingford football club. This was allegedly left to an American in a Will who wanted to develop the land & has been abandoned and left overgrown. No doubt this has similar access issues to Forest Cottage. Just south of this field is another small paddock nearer Friday Hill roundabout where people remember feeding horses as children. Evidence of stables is still there today. It is possible these fields were once also part of the original farm land along the bottom of what is now Woodford Green golf course & Hatch plain. Obscured by undergrowth in the bottom corner of Hatch plain, you can see what appears to be an old stable block with a large archway which gave open access onto the plain, where people remember feeding horses.

The Moles continued living at the house for many years then when the water board was privatised the house was acquired by Redbridge council who continued renting it to the family and maintaining the property. There are people still around who know the sons and still have contact on social media. Mr Moles Snr died in the 1980s and some time afterwards Mrs Moles was rehoused by Redbridge Council and the house was put up for auction. It has since had a number of different owners.

Initially the house was renovated and converted into flats and was rented out as separate apartments most recently in 2015, but it seems later owners did not continue renting it out. The most recent owner has made a number of planning applications to extend the house to create more flats & there’s evidence of excavation at the rear but this seems to have ground to a halt. Further applications have been made and withdrawn possibly due to objections and the wider speculation is that the land is of more value than the house & the owner is allowing the house to deteriorate so that it cannot be saved and will have to be demolished, paving the way to put in another application to build up to 35 luxury apartments on the plot. An application was made in 2018 to extend the rear and side of the existing building, this was approved with conditions which included a bat survey. The most recent application was made in 2019 to demolish the existing house and erect 3 story buildings containing a mixture of 2 and 3 bedroom flats, this application was withdrawn.

Development will be fraught with issues and will possibly never happen as the property lies on boundaries of two boroughs & needs to use forestry land for access. There is apparently no gas there and dustmen do not serve the property meaning residents have to wheel their bins through the forest to the other end of Newgate street, you also cannot have post delivered there. The access road belongs to CoL who are unlikely to allow a proper hard road surface to be constructed through the forest to serve the property.

One of the sons still walks his dogs past the house occasionally, but the other has not been near it for years as he finds it too painful seeing the condition the family home has fallen into. Even now people occasionally bump into one of the sons around Chingford, and still remember playing at the house when they were at school together.

This is the most I have been able to put together from the childhood memories other people have shared about Forest Cottage. There are obviously gaps other people may be able to fill & it may not all be completely accurate. I do not know if it is a listed building and It does seem from surveys that the house as it stands now was still structurally sound but is sadly on borrowed time because there does seem to be a desire to demolish it and rebuild.

As of 1st May 2020 the house went up for auction again, listed as having permission for 2 flats. It appears the current owner may have decided to walk away. The house has once again been broken into & continues to suffer random vandalism. Perhaps the latest attempt to auction it may bring new hope it will be saved and restored to its former condition as a family home.

Since writing this brief history, it now transpires that permission has been granted to demolish Forest Cottage & erect a 3 storey building in it’s place of apartments with a mixture of 2 and 4 bedrooms, as the existing building was no longer structurally sound. Hording has been erected around the site to screen the property from the public while the process of demolition begins. Sadly Forest Cottage is now destined to be consigned to history, leaving behind only these wonderful memories of the past. 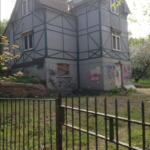 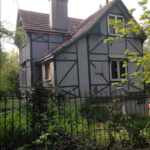 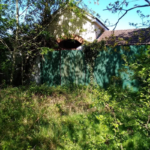 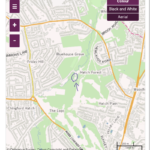