The Essex Way From Ongar To Epping, And On To Woodford.

The Essex Way From Ongar To Epping, And On To Woodford. 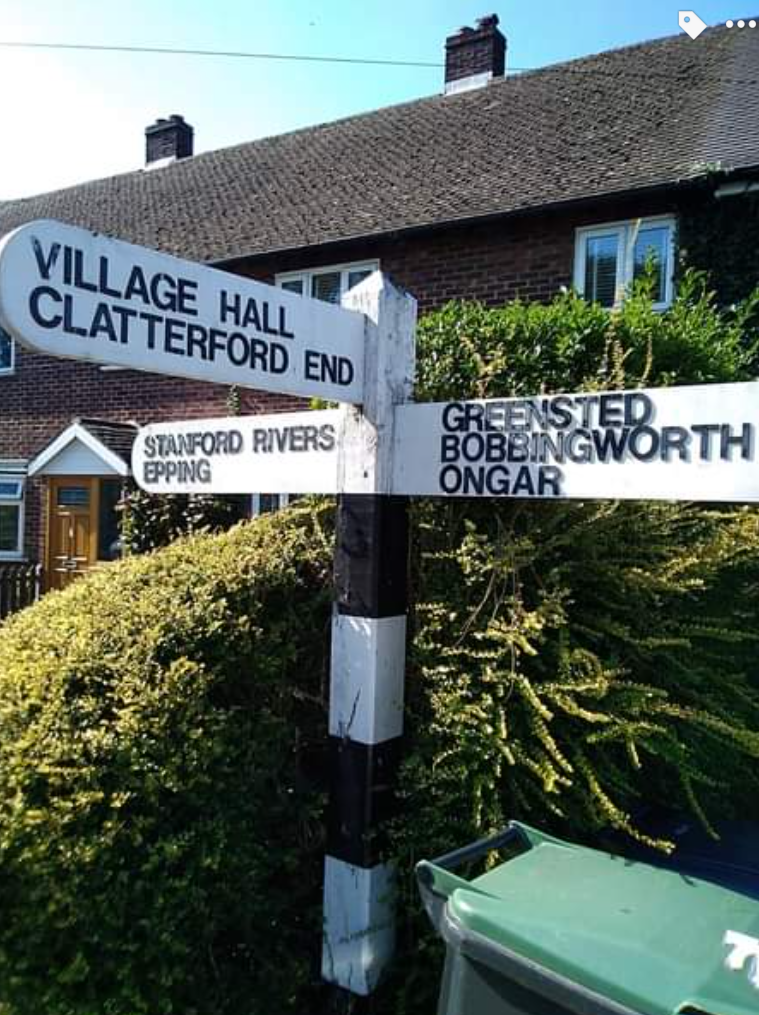 I had been wanting to do this walk for some time to compare it with other walks I was more familiar with and summer 2019 I finally got to do it. It wasn’t a route I had ever tried before and the possibility of getting lost was all part of the excitement for me of following new paths through the fields.

Starting past the steam railway I headed into the open countryside west from the Two Brewers. You can usually tell when a bridlepath is very old and there was an ancient feel about some of these ones as they crossed the fields, mostly because there were very few communities along route being linked by them.

What I noticed most about the few and far between small communities along the route were the unusual place names, which hinted to a rich history worthy of more research. Toots Hill & Widows Farm just some of the names that stood out on this route that had a feeling of bleakness and mystery. I had visions of poor souls locked away to repent their sins at the mysteriously named Repentance Cottage which peered out onto the footpath from behind it’s tall hedges.

Heading further west down the Essex Way along the north of the Roding Valley I notice the countryside has a much gentler roll to it than the Lea Valley & the much smaller hills quietly undulate into the distance giving way to wide open views across the Roding Valley to the south. It feels a much more relaxed walk with easier terrain than I’m used to.

As I continue through the fields on the approach to Ongar Great Wood I reach what will be the steepest hill I encounter on this route, where the ground drops sharply in front of me almost plummeting down the edge of a field at an angle that makes me thankful I’m going down rather than up. The deep tyre gouges cut into the track indicate to me that even the farm vehicles working the land here struggle with this particular hill. At the brow of this hill to my right a freshly cut cornfield drops down the sloping hillside littered with huge round straw bales stretching into the distance, the pure escence of late summer captured in that one view. As I reach the bottom I say ‘good luck’ to a cyclist on his way up.

Walking in a straight line west through the Great Wood this feels very different to the forest, a much denser plantation so dark and eerily silent that in places i almost wonder if I am going off course. Some of the trees don’t seem right here, non native and too closely planted in straight lines giving hints this was once privately owned in places and given its own unique stamp by it’s owner.

Exiting the Great Wood as I approach the M11 the woodland opens up into cornfields to my right and behind the distant trees I can see light aircraft landing at North Weald. As I cross the motorway I find that the footpath is not where my OS map tells me it should be so I have to improvise and find my way through undergrowth to rejoin the trail in the woods at the top of Coopersale Common. The view as I leave these woods emerging onto the top end of Coopersale Common is Beautiful, the gentle drop of the landscape into the Roding Valley sits before me once again, almost inviting me to stop a while and savour the view.

From here I head south down the Common with the old Schoolhouse to my right before picking up what is very clearly yet another very old bridlepath, at the end of which I walk between the old gate houses either side of the path at Fiddlers Hamlet. The Theydon Oak may well invite me inside but I’m not stopping here today. I now head west again up through Ivy Chimneys coming out onto Bell Common, beneath which the M25 runs through a tunnel in a feat of engineering where the cut and cover technique was used to ensure minimal impact of the motorway on our beautiful forest.

I now feel on familiar ground, my own version of terra firma in the forest where I feel like i know every leaf & every twig on the colossal beech trees towering above me like sentinels, catching the gentle summer breeze in their crowns which starts a rushing of leaves across the canopy. I come out into a brief clearing where a beautiful natural pond in it’s full summer glory catches the light as I continue south through the Loughton section of the forest eventually emerging at Buckhurst Hill & then home to Woodford.

The forest I find will always have it’s own special beauty, but the surrounding countryside not only of the uplands but also east of the M11 corridor where I have just walked from when I set off from Ongar this morning has some of the most tranquil, inviting and peaceful countryside we are fortunate to live within reach of. I don’t think I am going to return here and do this walk again. I know i am. 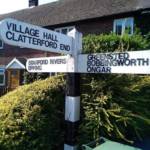 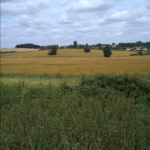 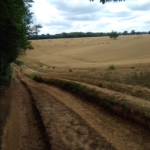 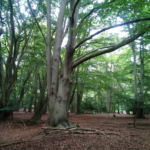 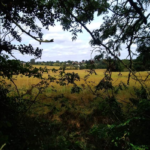 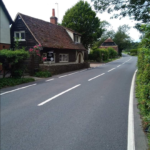 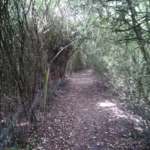 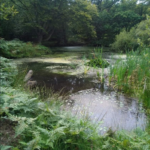 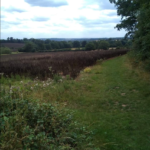 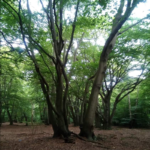 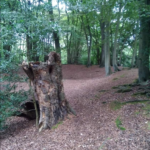 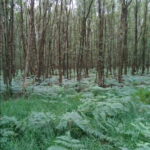 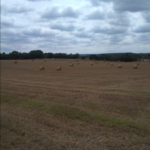 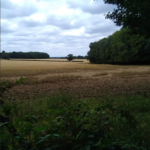 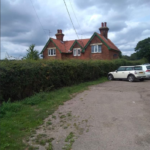 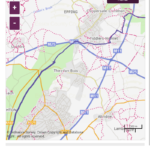